There’s a point when even a successful rabbi knows that he’s winning the battle but losing the war. I knew the tirade that marked the point of my departure, and there was no golden parachute waiting for me.

Once upon a time, about nine years into the rabbinate, I slumped into another somnolent board meeting. A pregnant moment passed before one of our Holocaust survivors looked right through me as if I weren’t there. Then he ranted at the board and officers: “Tell the rabbi that it’s enough with the goyim and the schvartzes!”

This was, of course, my crude death knell.

What had I said wrong? I spoke from the pulpit occasionally about equality and the paucity of social justice. I once conducted a debate about affirmative action. Coretta Scott King delivered a conciliatory sermon on re-cementing the relationship of African-Americans and Jews (followed by a cholent lunch at our home). A handful of gentiles, with honor and respect, attended our weekly Torah class.

“Enough with the goyim and the schvartzes!”

All right, I thought, he’s a survivor. But when the board and officers sat by impassively, not uttering a word in my defense, no words of consolation afterward, I knew my doom was sealed. I assumed that, despite the restraint and prudence of my pronouncements, it had been “enough!” for my Southern co-religionists.

It gave me a pretext, among others, to bail.

So, after my rabbinate and lay leadership had ebbed and flowed and ebbed again, I penned an editorial on Facebook about Jews and gentiles learning Torah together. In fact, it was a measured lament of how many dedicated gentiles came to study Shmuel Aleph (I Samuel) in the original text, while the Jews were conspicuously absent.

My readers were largely receptive, but one fellow Jew demurred. His words were more prudent, but they still smacked of “Enough with the goyim!” Actually, his opinion was well controlled, but it pushed my button (a la “A man who is bitten by a snake is afraid to pick up a stick”).

So, right or wrong, it piqued me enough to write the following rejoinder. I think that my words are worthy, even if their context is contentious. Thus, they deserve to be heard, even if they chew like a shtickel raw brisket.

So, gentiles attending our Nach class is a bad idea, the writer said, because it is offensive to many Jews and estranges “our people” from the class.

Should receptive, eager gentiles be barred from studying Torah in its original tongue, with Jewish commentaries and allegiance, taught by a fairly knowledgeable rabbi, with Christian doctrine off limits?

How much good could this do, by erasing so many ambiguities and misunderstandings and by reaffirming that Hashem has many, many mailboxes that receive the same message?

Shall we defer to the ludicrous idea that gentiles attending classes are just loading up ammo for proselytizing?

Ignorant Jews (I mean those who don’t know the difference between Kaddish and Kiddush) always seem to make repetitive excuses for their indifference. They are the ones, I say, who are priming the pump.

Perhaps their only fear is that the gentiles will so outshine the Jews that we will be put to shame. I already have two gentile Nach scholars proving that to be true. One consistently humbles me by his analysis of biblical “dikduk” (by the way, what is dikduk?) and knowledge of obscure “exegetes” (what is an exegete?).

Linda said to just ignore it, and she is probably right. But my ulcer is crying out for relief.

So I exhort anyone who is pelted by the barrage of fake news to stand up for mutual understanding among faith communities, whatever its form. For Jews and gentiles alike, now it is more urgent than ever to enlist in the fellowship of Hashem.

If you land within 50 miles of Shoeless Joe’s hometown, we welcome you, be you Jew, Greek or Christian (in no particular order). Remember to bring your Bible/Tanach, Book of I Samuel, in whatever language that works for you: Chez Wilson, Mondays, 7:30 to 9 p.m. And, yes, relevant tangents are always welcome.

(Note that I have not referred to gentiles as goyim. I am going to try to make that my policy. Goyim simply means “nations,” but it has taken on a derisive tone that sullies our speech. The same is even more true of sheigetz, shiksa and schvartzer, which I still hear too often — sadly, even from myself — when we are among ourselves.) 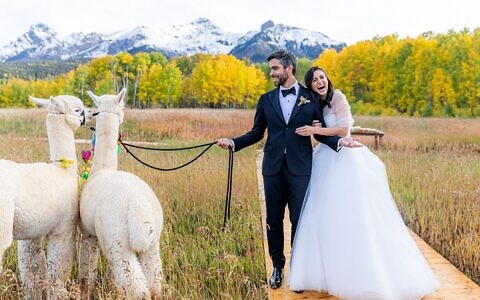 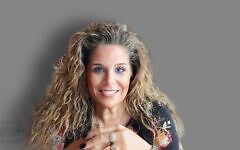 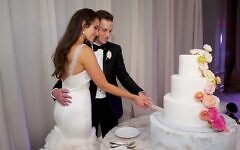 A Match Made in Medicine
Marcia Caller Jaffe 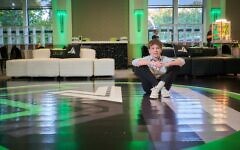 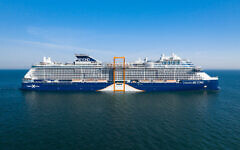 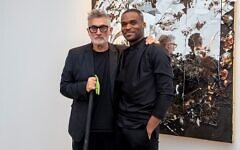