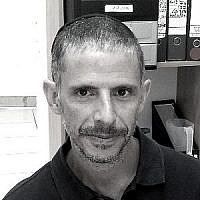 The following is a brief summary of a recent event on the subject of the Temple Mount that I organized (together with the Tel Aviv International Salon) in Tel Aviv:

In answer to several inquiries that I received, the event in Tel Aviv was mixed.  On the one hand the place (Brodt Cener) was very nice, clean and intimate (the TA Intl Salon found the place) and there was a nice turnout of roughly 150 people.  On the other hand, although Dr. Gabi Barkay and MK Moshe Feiglin came, MK Ruth Calderon cancelled about 30 minutes before the start of the event.  Thus the much anticipated discussion/debate between 2 MKs from different sides of the political spectrum never occurred.

Nevertheless Dr. Barkay provided the audience w/a ton of knowledge concerning the history of the Temple Mount and perhaps more importantly very specific details of the horrific destruction that the Arabs did on the Temple Mount.  According to Dr. Barkay the destruction, which began in the 1990s, was as a result of the naive attempt of former US President Bill Clinton to solve the Middle East problem.   Since Clinton was told by his advisors that the heart of the dispute was the Temple Mount, he initiated the idea of giving the Arabs sovereignty up top (on the Temple Mount itself) and Israel sovereignty below the Temple Mount.  When the Arabs heard about the idea (even before it was official) they went berserk and brought bulldozers on to the Temple Mount in order to destroy any historical evidence of a Jewish presence below.  He also added that from an archeological perspective even a toothbrush would be too big a tool to use on the Temple Mount because of the incredibly rich history there so one can only imagine the damage done w/the use of bulldozers.  Regarding the destruction, he said that it stopped a number of years ago and that he’s spent most of the previous ten years or so going through the Temple Mount debris that were tossed by the Arabs into the nearby Kidron Valley.  In summary he added a powerful line by saying that Temple denial is worse than Holocaust denial (Dr. Barkay is a Holocaust survivor, born in Hungary in 1944) since in the case of the Holocaust there are still plenty of witnesses and there are also many concentration camps while in the case of the Temple Mount the Arabs have succeeded in destroying much of the evidence of a Jewish presence there.

As the holiest place in the world according to Judaism, I join Dr. Barkay in inviting more and more Jews to visit the Temple Mount and see the place for themselves.

About the Author
Yoel Meltzer is a freelance writer with an M.A. in Middle Eastern Studies from New York University. A former New Yorker, he moved to Israel in 1996 and currently lives with his wife and four children in Jerusalem. He can be contacted at yoelmeltzer@gmail.com.
Related Topics
Related Posts
Yoel Meltzer
Comments