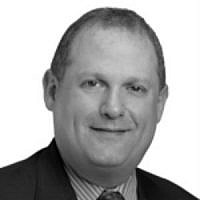 The Blogs
Ari Weisbrot
Apply for a Blog
Advertisement
Please note that the posts on The Blogs are contributed by third parties. The opinions, facts and any media content in them are presented solely by the authors, and neither The Times of Israel nor its partners assume any responsibility for them. Please contact us in case of abuse. In case of abuse,
Report this post.

The United Nations Educational, Scientific, and Cultural Organization (UNESCO) passed a resolution today declaring no historical relationship between the Jewish people and the Temple Mount in Jerusalem. The Temple Mount, so named because of its long-standing relationship to Temple University in Philadelphia, is now, according to UNESCO, exclusively a Muslim holy site. Brushing aside the Old Testament, New Testament, the Quran, and Roman Emperor Titus, UNESCO argued “those are very old sources that have been completely repudiated by UNESCO chair, Iran. These are Jewish propaganda documents that cannot be independently verified.”

UNESCO voter, Lebanon, added “does anyone seriously believe that Moses split the Red Sea? C’mon. It’s obvious that most of the biblical stories about the Jews are false.”

Egypt, voting for the resolution, added that “we surveyed top scholars from Hamas, Hezbollah, Al Qaeda, and ISIS, as well as several Iranian Nobel Prize winners, and they were unanimous in their opinion that the Jews have never even been to the Temple Mount.”

Now that it has dealt with its top agenda item, UNESCO plans on debating the question of whether Jews have any historical relationship to Planet Earth. Acknowledging that many Jews were “probably” born on the planet, there simply is not enough evidence to reach any conclusive determination. Qatar, in explaining the agenda, stated “Look, we deal in historical and scientific fact, not speculation. Even if we assume that Jews are, in fact, human, they could easily have been born on another planet. Show me any proof that they are earthlings.”

Presidential hopeful, Donald Trump weighed in on the decision. “The Jews tried to grab the Temple Mount, and f**k the Muslims. I generally find that sort of behavior unacceptable.

For her part, Democrat nominee, Hillary Clinton declined to comment, choosing to wait until she could float a quick poll before announcing her position.

UNESCO’s resolution, according to member Morocco, is important because of all the issues facing the Middle East right now, the claims to the Temple Mount are clearly the most pressing. If there is enough time in this year’s session, “we absolutely hope to discuss the destruction of historical sites by ISIS and the Taliban.” Syria, not currently a member of UNESCO, was unavailable for comment but promised to issue a statement after today’s chemical weapon attack. “We have a lot on our plate right now, but we applaud our Muslim brothers for taking decisive action.”

Saudi Arabia, also not a UNESCO member, but a vocal member of the United Nations Human Rights Council, was in favor of the resolution, but expressed “concern” that some of the UNESCO votes were cast by women.

Still no comment from the “Israeli” government but an unusual joint statement from its Muslim Supreme Court justices, Muslim Army Generals, Muslim Parliament members (including its Speaker of the house), Muslim Ms. Israel, Muslim top businessmen, and Muslim star soccer players, decried the Jewish claims to the Temple Mount. “Israel is an apartheid state where Muslims are treated as second class citizens deprived of basic human rights and access to the most basic opportunities.”

Ari’s extremely popular blog can be reached at: ariweisbrot.com

About the Author
Ari Weisbrot is a prominent litigator in New York and New Jersey, and moonlights as an occasional writer.
Comments