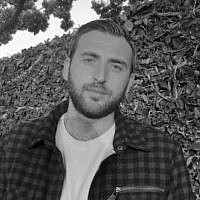 For those of us living in Israel/Palestine or religiously following Middle East affairs, we know this song and dance better then we would like to at this point. Every year, whether temple mount tantrums spiral into all out war or small, isolated incidents of terror and unrest, the Israeli and Palestinian public know the formula – provoke, put your hyper-nationalist pants on, film some Instagram or TikTok videos of bad s*** happening, and attempt to take the media by storm, drawing more attention to your camp’s struggle.

It goes without saying, acts of terror and indiscriminate killing of civilians is deplorable and does nothing but play into the hands of the extremists on both sides. Taking that out of the equation, what preventive measures can Israel make now, and in the future, to prevent the creation of data points that serve the interests of the Ben Gvirs to the Haniyehs of the world?

Here are a couple of ideas:

1) Ban the access of Jews at the Temple Mount during the month of Ramadan. Those opposing this suggestion think this plays into the hands of Hamas and other extremist Palestinian factions. I would argue the following: so what? Israel regularly takes actions that capitulate to the demands of Hamas and other Palestinian extremist factions. If this step saves lives, reduces tensions during a historically violent month, and doesn’t task Israeli police/soldiers with impossible and unreasonable work assignments, then who cares?

Who is going to pray at the Temple Mount during this time anyway? Are they people of consequence? Do their prayers somehow turbocharge the holiness of the Passover holiday? Without prayers at the Temple Mount for 30 days, will all the Jews lose their ability to ‘connect to G-d’? If it’s only a matter of principle, how do we explain other meaningful concessions Israel has made to Palestinian extremists?

Take the power away from extremists, make it impossible for ‘content creators’ to provide video evidence of the ‘brutal occupation’, and don’t put uneducated 20-something police/military personnel in charge of upholding Israel’s public image in impossible circumstances.

2) Tone down the rhetoric, and condemn extremism in all its forms. Israeli politicians can’t control what Abbas or Haniyeh say, but they can and should control what comes out of their own mouths. Time and again, Israeli politicians fan the flames to score political points, comprising the security of Israeli and Palestinian civilians. The cost of this type of irresponsibility is paid in blood. In 2014, Miri Regev famously declared “If there has to be an intifada for us to protect Jews’ right to visit the mount, let there be an intifada” – one week later, the bodies of three Jewish teens murdered by Hamas were found. Last night on Christiane Amanpour’s CNN program, Israel’s own Prime Minister missed the opportunity to condemn Israeli-extremist violence and instead called the Palestinian leadership “incompetent”.

Emboldening extremists, demeaning the leadership of the Palestinians, and failing to call out our own mistakes creates an environment which escalates tensions. Israel’s politicians should be informed by research-based talking points that defuse tensions, build public support both domestically and internationally, and help pour cold water on the volatile rhetoric and actions of bad actors from both sides.

These two relatively quick fixes can help diffuse tensions in the long-run and provide an opportunity for Israel to lead by example, instead of falling into the reoccurring traps laid by extremists.