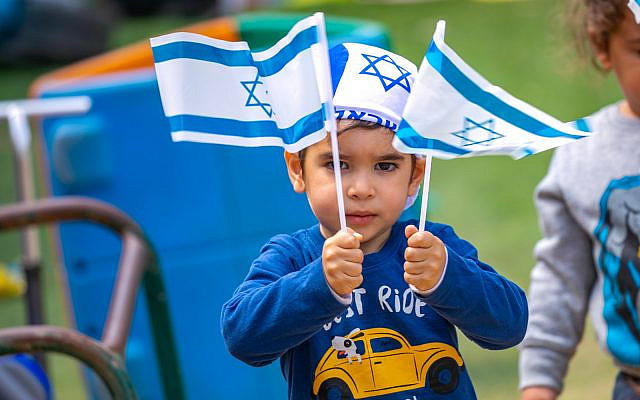 What would it take to revive and solidify a new Israeli political center, based on a consensus representing a solid majority of Israeli citizens? The new Israeli government, led by Benjamin Netanyahu and the Likud, but deeply beholden to extreme right-wing and ultra-Orthodox parties, has left many Israelis fearful for the future of our democracy. This includes many who voted for the new coalition — 6 out of 10 Israelis, according to a post-election poll conducted by Israeli television’s Channel 12.

At the same time, there is no doubt that the center-left has so far failed to connect with an Israeli populace for whom the Jewish half of the Jewish-Democratic equation is profoundly significant. Nor has the center-left fought passionately and resolutely enough against an economy dominated by powerful tycoons, in which the cost of living compared to wages is one of the highest in the world.

Articulating the principles of a new center is a crucial task in today’s Israel. This articulation will have to speak fluent Jewish and be infused with patriotism and love of the land. At the same time, it will recognize that democracy and human rights are the foundation without which the state will crumble into disaster and disarray. It will be wary of Palestinian intentions, yet committed to reducing the indignities and unfreedoms of occupation, while remaining open to and eager for reconciliation and resolution.

It will understand the urgency of restructuring economic life to create more fairness and equality, rather than the enrichment of the already wealthy. And it will need to engage the growing ultra-Orthodox population with respect, but also with demands, chief among them that they no longer see themselves as a separate society with responsibility only for themselves. Here are some initial suggestions for ten statements that could be embraced by a new Israeli center:

1) We affirm the Jewish roots in the Holy Land and the deep Jewish connection to the land of Israel, the sacred land of our people.

2) We affirm our staunch commitment to the necessity for a Jewish State, our astonishment at the miracle of the ingathering, the blessing of Jewish creativity and the flourishing of Torah, and of the arts and the sciences in the State of Israel.

3) We affirm our commitment to human rights and democracy for every resident of the Land of Israel. We view this commitment as part and parcel of the most fundamental principle of Judaism, that all human beings are created in the Image of God and thus deserving of freedom and dignity.

4) We know that there is no simple solution to the Israeli-Palestinian conflict but are committed to an ongoing effort both to reduce the conflict and ensure the safety, quality of life and maximum freedom for all concerned. Our desire is to move toward the understanding and trust that will lead toward full political rights for Palestinians within a separate or federated state entity. We acknowledge this as a necessity in keeping the Jewish state a majority Jewish.

5) We call on all Israelis to uphold the principle of equality before the law, as articulated in our holy Torah: “משפט אחד יהיה לכם כגר כאזרח יהיה” – “There shall be one law for the citizen and for the stranger who dwells among you.” At the same time, we call on all Palestinians to acknowledge the deep connection of Jews to this land and our long history here, and our right to maintain a Jewish majority state in the Land of Israel.

6) We believe that the presence of a substantial population of Israeli Arabs – Palestinian citizens of Israel – is a blessing for our country. We celebrate the diversity and cultural treasures they bring as well as the enormous strides of economic advancement made over the past decades. We welcome their full political partnership and the crucial role they must play in creating peace and harmony in the Holy Land.

7) We decry the current state of the Israeli economy, including the high cost of living here relative to wages, and the monopolies held by billionaire tycoons over crucial resources, manufacturing and import. We will reform taxation so that it favors small businesses over chain and giant-box stores, which will restore the vibrancy of our town centers and prioritize transparency and citizen participation in economic planning and land usage.

8) We affirm the preciousness of our public health system, and our belief that good education, including advanced education, should be similarly made available to all. We call for legislation and regulation that would ensure that affordable housing for the middle class, rather than luxury housing, be prioritized for purchase and rental. We call for the renewal of public housing for those in need. We express our support for the flourishing of innovation here in the sciences and technology and encourage government support for basic science research in our universities and higher institutions.

9) We support the IDF as a people’s army, and reject the idea of its professionalization but instead suggest a broadening of its role in service of the nation. We believe that the IDF can not only defend the nation from enemies, but can also serve the national project of greater equality, protection of the natural environment, and strengthening of solidarity that includes all parts of the diverse Israeli population.

10) We recognize the tremendous blessing that the presence of Torah scholarship and Torah observance brings to the land of Israel and support measures to increase the quantity and quality of Torah study in all its forms in Israel. At the same time, we ask that this study, and the immersion in spirituality and ethics that it entails, be applied passionately and creatively to the great challenges of our time alongside theoretical discussions. We believe that the return of the Jewish people to the Holy Land can and should help catalyze the creation of a more just and beautiful world for all humanity. We ask our Haredi brothers and sisters to recognize their responsibility to become full partners in a democratic Israel that is thriving economically, living at peace with its neighbors, and is a place of human rights and religious freedom for all its inhabitants. We ask our Haredi brothers and sisters to help, and certainly not hinder, in the strengthening of bonds between Jews in the Land of Israel and our brothers and sisters in the diaspora, including those who fit the halachic category of ישראל זרע – the seed of Israel – even if they are not considered fully Jewish in the eyes of Halacha.

Imperfect as they may be, these are my provisional suggestions. Let’s start a conversation! It isn’t too late. But it’s also not a moment too soon.

About the Author
Micha Odenheimer is a journalist, rabbi, and social entrepreneur. Micha founded the Israel Association or Ethiopian Jews, the first advocacy organization dedicated to changing absorption policies, and Tevel b'Tzedek, an Israeli organization working with impoverished subsistence farmers in the Global South. Micha has written for numerous publications, including Haaretz, the Washington Post, and the Jerusalem Report from Ethiopia, Somalia, Iraq, Burma, Bangladesh, Indonesia and other countries.
Related Topics
Related Posts
Micha Odenheimer