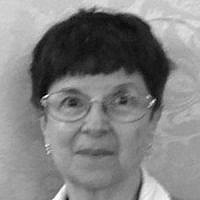 There has been much media about an incident in Chattanooga, TN where a Jewish woman said that her daughter was taught “how to torture a Jew” in a public school Bible class. Juniper Russo first wrote about it in a Facebook post that, interestingly enough, is no longer public. In it, she alleged that the teacher engaged in “blatant Christian proselytizing” in a Bible history class that was supposed to be “non-sectarian.”

Russo’s daughter’s class was part of an initiative by Bible in the Schools, a nonprofit organization based in Chattanooga which promotes the study of the Bible in public school classrooms. The classes officially study the Bible as literature and for its historic value in a “non-sectarian” manner, according to the organization’s website, thus allowing the classes to be conducted in public schools. “[The teacher] wrote an English transliteration of the Hebrew name of G-d on the whiteboard. This name is traditionally not spoken out loud, and is traditionally only written in the Torah. She then told her students, ‘If you want to know how to torture a Jew, make them say this out loud,’” Russo wrote, according to the Chattanooga Times Free Press, which first reported the story. “My daughter felt extremely uncomfortable hearing a teacher instruct her peers on ‘how to torture a Jew’ and told me when she came home from school that she didn’t feel safe in the class.” [1]

Bible in the Schools, a century-old nonprofit organization, funds and teaches the class in 29 schools in Hamilton County. The group purports to offer bible classes from a “literary or historical perspective” that are “taught from a viewpoint – in a neutral, court-approved curriculum.” The organization reimburses the school district each year for operating the program. In the 2020-21 academic year, the group gave the Hamilton County school system $1.8 million, the Times Free Press reported.

“The teacher told them a story about an atheist student who took the class to ‘prove it wrong’ and later ended up ‘realizing it was true,’ which is certainly not in line with teaching the text as literature,” Russo wrote in her post.

“Hamilton County Schools is committed to ensuring that our students and staff experience a climate of belonging and support,” Steve Doremus, communications officer for the school district, said in a statement. “This week, HCS received a parent complaint concerning classroom activities involving the Bible History elective course at East Hamilton Middle School. In accordance with school board policy, the district is investigating the complaint. When completed, HCS will take appropriate steps based on the findings of that review. Moving forward, we look forward to a healthy dialog with the Bible in the Schools organization. Additionally, we hope they use this as an opportunity to reflect on and assess both their curriculum and how their teachers are presenting the material to ensure these classes are education, not indoctrination,” the HCS spokesman said in a statement, obtained by WTVC.

Additionally, a group of Chattanooga Pastors wrote a letter calling for the teacher to be held accountable for breaching the separation of church and state in public schools.[2]

Then, Ron Cantor of GODTV weighed in on this controversy:

“The Religious do not utter the name of God but use HaShem (“the name”) instead. Because there were no vowels in ancient Hebrew writings, there can be no assurance on how to pronounce it, and they do not want to mispronounce it. Instead of Elohim, they say Elokim. It is a sign of reverence and respect. While I do not follow this practice, I find this teacher’s behavior exactly the opposite of what Yeshua would want for Gentiles. Paul encouraged the Gentiles to live in such a way to make Jewish people desire what they have (Romans 11:11). This woman is responsible for pushing them away.” The Gospels instruct that every Christian must bring a Jew into Christianity. Just to clarify “vocabulary, Yahweh = Messianics. Yeshua = Jesus and YOD HAY VAV HAY this is what we do not pronounce as a word and the name of God.[3]

Bible as Literature is the customary name for such a course. That title guides, when followed, the program of study: introduction of timeline, storyline, characters, themes, style, vocabulary, cultural insights and religious tenets.

So, just how do “How to Torture a Jew”, the Bible as Literature and the Constitution go together? More to the point, how did this course – as taught but not as offered, get into the classroom?

What does or does not make this course, now taught in 29 schools, Constitutional, as per the Organization which states that these classes can be legally conducted in public schools?

Just what does our Constitution say?

Per the FIRST AMENDMENT TO THE U.S. CONSTITUTION: “Congress shall make no law respecting an establishment of religion, or prohibiting the free exercise thereof; or abridging the freedom of speech, or of the press; or the right of the people peaceably to assemble, and to petition the Government for a redress of grievances.”  —

Then, in 1963, the U.S. Supreme Court ruled that state-sponsored devotional practices are unconstitutional in public schools. At the same time, the Court made clear that the study of religion—as distinguished from religious indoctrination—is an important part of a “complete education.” Justice Tom Clark wrote for the Court: “[I]t might well be said that one’s education is not complete without a study of comparative religions or the history of religion and its relationship to the advancement of civilization.” Building upon the Supreme Court’s guidance, the NCSS joined with sixteen leading educational, religious, and civil liberties groups in 1988 to reaffirm that the study of religion is essential to understanding both the nation and the world.

In 2014, the National Council for the Social Studies reaffirmed its longstanding position that study about religions should be an essential part of the social studies curriculum in ways that are constitutionally and academically sound. The NCSS emphasized that knowledge about religions is not only a characteristic of an educated person but is necessary for effective and engaged citizenship in an interconnected and diverse nation and world. It recommended that state departments of education work to ensure inclusion of study about religions, including the role of religion in history and society, in all social studies programs. Teachers teaching such courses should have appropriate professional training in the academic study of religion in order to facilitate meaningful, constitutional classroom dialogue grounded in content knowledge. The NCSS affirmed that the First Amendment to the U.S. Constitution provides the civic framework for achieving these goals.

Over the next two decades, the NCSS and its affiliates contributed to the development of state social studies standards that included the study of religion. In 2000, twenty-one national organizations joined with the NCSS and the U.S. Department of Education to disseminate a document to every public school about the constitutionality of religion in public schools, which stated: “The school’s approach to religion is academic, not devotional; the school strives for student awareness of religions, but does not press for student acceptance of any religion; the school sponsors study about religion, not the practice of religion; the school may expose students to a diversity of religious views, but may not impose any particular view; the school educates about all religions; it does not promote or denigrate any religion; the school informs the students about religious beliefs, it does not seek to conform students to any particular belief.”

Religious studies analyzes the impact of religion on the structure and culture of societies, examining both historical and contemporary perspectives in order to understand how religious beliefs, practices, and communities are created, maintained, and transformed over time. Through a non-devotional approach, students gain the ability to understand religions as diverse and dynamic, to explain how religions change over time, and to analyze how culture affects religion and religion affects culture. Student inquiry into complex issues—including the dynamic relationships within a religion, between religions, and between religion and secularism—provides a unique environment to learn how to recognize and evaluate assumptions without undermining personal religious identity, to navigate diverse and shifting cultural values, to engage respectfully with diverse neighbors, and to resist common misunderstandings that have negative real-world consequences. These skills are invaluable in a society whose increasingly multicultural schools, workplaces, and local, national, and international public spheres all need informed, critical, and engaged citizens.[4]

My Questions which must be answered are not simple but they are imperative to answer:

***This is not an ordinary concept. It takes a very specific education and knowledge to understand and learn it. If asked the question “how do you torture a Jew”, the average person would respond “Call the Jew a Kike. Call the Jew a Christ-Killer. Pull off the Skull Cap (Kippa) or rip off the Jewish Star. That is how you torture a Jew.” To force a Jew to pronounce God’s name and to know which one we do not pronounce infers advanced knowledge of Judaism by non-Jews and Jews as well. Who taught this teacher? Ron Cantor – GODTV, is such a person. One need only to read his statement to realize that he both knows it and understands it. He is not sorry that this is being used to torture a Jew but rather that the teacher stops the missionizing process expounded by the Gospels by teaching it. Cantor uses the Gospels in his article. I would like to see who teaches the teachers in this Organization.

[2] Tennessee Bible teacher accused of teaching students ‘how to torture a Jew’ (nypost.com)

About the Author
Born, raised and educated in Washington, DC, I hold a BA, MA and PhD. I am a university professor and also Senior Academic Fellow for 2 non-profit organizations Truth in Textbooks and Proclaiming Justice to the Nations. As such, I review and correct textbooks in the areas of Judaism as a World Religion; the Shoah; the History of Israel from Biblical Times to the present; anti-Semitism and terrorism. I worked as Assistant to the previous Director of the Martef HaShoah. I am a member of the National Board of Hadassah. I belong to Yedidya, a modern Orthodox synagogue in Bak'a. I made Aliyah on September 6, 2018.
Related Topics
Related Posts
Comments