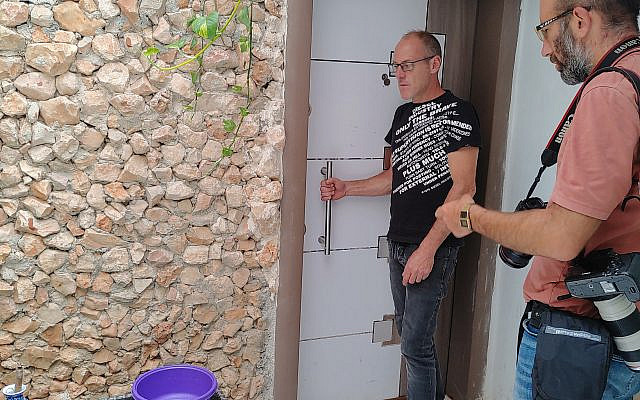 On Tuesday, fellow Torat Tzedek/HaMa’abarah member Micha Rachman and I spent tense hours in the public housing home of Motti Monsungo and his 16-year-old daughter. Police and eviction agency operatives were outside, as Moti’s lawyer scrambled frantically to get a stay. We and our partners contacted MKs, ministers and the press.  Before letting anybody in, Motti would call a neighbor to make sure the coast was clear.

My mind wandered back to our recent annual Tisha B’Av pilgrimage to Palestinian communities that have suffered destruction or are in danger of demolition or eviction. We read chapters of Lamentations and dirges at each stop. Whether one is Palestinian or Jewish, demolition or eviction from one’s home is an almost unbearable tragedy – khurban.  I even have sympathy for settlers who suffer the same demolition and eviction, even though I have more sympathy for those they have displaced and dispossessed by their presence.

After a long break, I am going to try to return to writing divrei Torah and the topic of socioeconomic justice for Israelis.  For the last half a year or so, I have been acting in a way very contrary to my nature. I have always been involved in multiple projects simultaneously. For better or worse, it is just the way I am.  Even before I took a break from divrei Torah, some of you probably noticed that I was increasingly fixated on preventing the agricultural theft and takeover of thousands of dunams of registered Palestinian land by the settlers of the illegal even according to Israel outposts of Ma’aleh Ahuvia, and Neriyah Ben Pazi, often getting attacked for my efforts. It was an all absorbing effort, because when the settler flocks eat what the Palestinian shepherds plant, that is an almost irreversible loss.  Luckily, Torat Tzedek staff and volunteers were able to handle most of the work I passed on to them. That effort is far from over, but I am slowly returning to my normal way of being.

Among those neglected projects was the work I have been engaged in for over 10 years on behalf of those in need of public housing. Even when I am more engaged, the lion’s share of the work is done by the indefatigable coordinator of HaMa’abarah’s Rights Center, Eti Chen. She bangs on doors, calms panicking single mothers in the middle of the night, and works with the law students provided by the Hebrew University legal clinic to help those in need to exercise their rights to a home and to obtain additional social benefits.  A stable roof over a family’s head is a key factor leading to their ability to lift themselves out of poverty.

Developments are not allowing me to watch from the sidelines. Not only does much of the commitment to public housing being professed by the current government seem to be largely spin, but they have brought back the dreadful policy of evictions from public housing that former Housing Minister Galant had frozen.

At age 47, Motti has lived in his home since age 15, when his parents divorced and he moved there with his drug-addicted father.  He was often unemployed, and himself struggled for many years with addiction, until getting the monkey off his back in 2000. Motti used what little money he had to pay for the upkeep and improvements the public housing company “Amidar” wasn’t providing.  He proudly showed us his lovely garden.

It isn’t just a matter of finding another place to live. Motti’s heart and soul are in this apartment.

While assuring us that it was a show, we weren’t so convinced Motti wasn’t serious when he threatened to immolate himself or slit his throat with the huge knife on the table, rather than leave. HaMa’abarah activist Aliza spent the entire previous night in the apartment to make sure he didn’t harm himself. Going home to change clothes after Micha and I arrived, the police recognized and detained her.

Amidar claims that Motti did not inherit his father’s rights to his home, and that they needed to give it to somebody on the long list of those waiting for public housing. Amidar sang a very different tune in response to the demand that the urban kibbutz relinquish the many public housing apartments they hold in the same complex Throughout the country, many public housing apartments are occupied by various groups, many of them ostensibly there to help those living in the neighborhood. However, their presence is a further drain on the already depleted public housing stock. In this case, the kibbutz entered when many of the apartments were empty. Given the current dearth of apartments, they acknowledge that their apartments must eventually be returned to their designated purpose. The argument is over when. Amidar argued that there was no point in asking them to leave right now because there are urban renewal plans for the neighborhood. They said that it made no sense to renovate the apartments about to be destroyed in order to build an even larger complex.

Now, to the Torah. For some strange reason, Amidar didn’t apply this same logic in Motti’s case. Rather, as mentioned above, they and the Housing Ministry have been self-righteously evicting so-called “squatters,” who must be evicted in order to provide apartments for those on the waiting list.  I am the first to say that somebody who is not in need of public housing shouldn’t automatically be allowed to stay in his/her parent’s apartment. (Although that has been the case for those who evict a needy family like Motti and his daughter in order to bring in another needy family.

This week’s Torah portion, Shoftim (Judges), opens with instructions to judges and officials who are fair, just, don’t take bribes, and are commanded “You shall show no partiality.” (Deuteronomy 16:19). Rashi teaches that this refers to even more than just the judge’s decision. If s/he shows more deference to one side when listening to the arguments (such as letting only one side sit), that already discourages the discriminated against party and makes it more difficult to preset his/her case. Based on Midrash Sifri, Rabbi Shimon Rafael Hirsch teaches that this is also an instruction to those who appoint the judges.  Given the power that Amidar and other public housing companies have over those in need, those who appoint their directors can’t pass the buck. Regarding the judges themselves, the judge can issue a ruling contradicting what s/he knows to be right because of the differential status of the parties, or the differential status can cloud his/her judgment as to what the ruling ought to be.

The difference in how the kibbutz is being treated and how Motti is being treated smacks of partiality. I might even go further and say at the heart of most of the human rights issues I deal with is partiality, bias and favoritism. There is no doubt that a kibbutz doing service projects in the community has more status than a financially struggling former drug addict. Ibn Ezra says that “takiru,” which literally means “to know” or “to recognize” means that we favor those whom we know. Who is better known in our case?

It is not so clear that the expansion project is going to happen so quickly. Even if it is, the same approach should be applied to both the kibbutz and to Motti.  Certainly, those for whom these apartments were not intended, should be the first to make way for those in need. The even greater problem is that, while public housing advocates have succeeded in convincing the State to resume building public housing, after 25 years in which they were not, we are still far from having sufficient public housing apartments to meet the need.

At the very last minute we extracted a commitment from Housing Minister Elkin to grant time, and Motti’s brothers paid a court-ordered NIS 10,000 deposit, in order to give time to submit arguments. While we breathed a sigh of relief, the next day the court said Motti and his daughter could be evicted as of August 28th.  We suspect that Minister Elkin’s announcement he was postponing all evictions until after the Jewish holidays in September was just spin. Torat Tzedek, HaMa’abarah, and our Public Housing Forum partners are ratcheting up the pressure to reinstate the eviction moratorium that the current government canceled.

Coming back to Ibn Ezra, I would like to end by offering the prayer on this Shabbat that we all make the effort to truly know every human being. When we do so, we will perceive God’s Image in every human being, and understand that at the end of the day we have a shared exalted status. 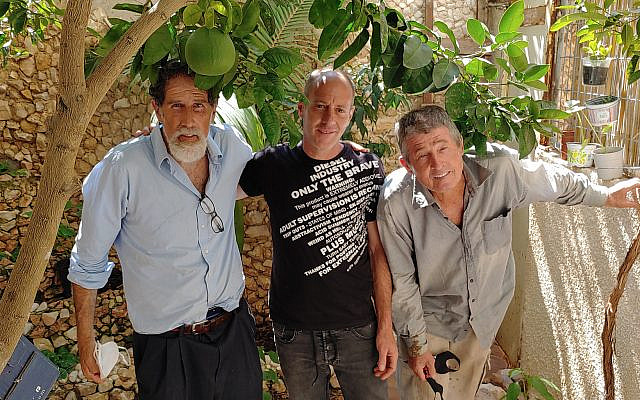