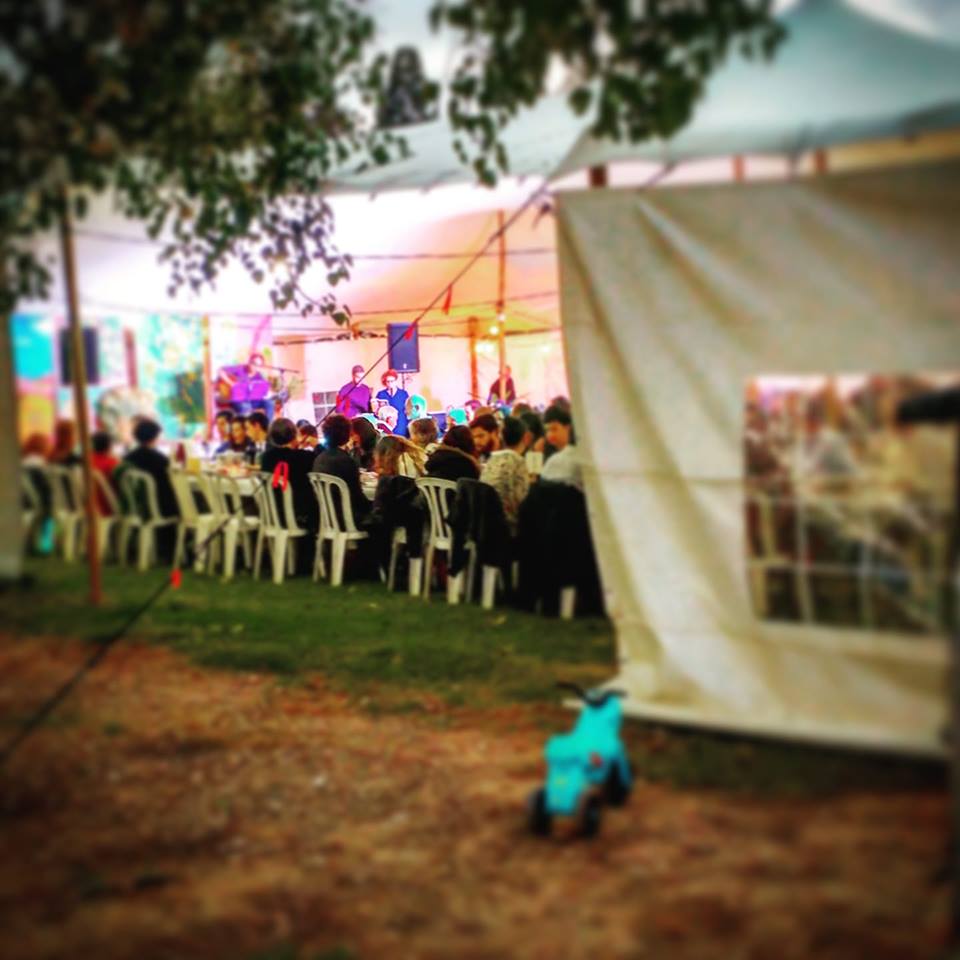 Our Tent of Light and Love

We had our lovely Seder. There were too many people for the dining room, so we hired a tent. It was full of light and laughter and love of family, community, tradition. And most of the time I felt calm and secure — occupied with dancing, rocking babies, taking pictures, eating.

Most of us felt secure. But not all of us. Some of us plugged bravely through the evening, keeping concerns of worst-case-scenario, a mere whisper: only those closest to her knew she had spent the day thinking up emergency exit routes. Just in case there was rocket fire. Instructions given to her brother: “If there’s a Red Alert, I’ll take the older one, you grab the baby and go under the table. Can’t have the carriage in the aisle — it’ll be too congested to carve a quick path through the chairs.”

While on the other side of the border, less than two kilometers away, there were very different tents, where tragedies were actually happening. People who have been suffering for too long, lacking true leadership to lead them out of THEIR “Egypt,” their “bondage,” were getting killed.

And our children, instead of being at Seder dinners with their families, were on the lines protecting us in our tent, doing their best to prevent my daughter’s worst-case-scenario from materializing.

We are all victims of leaders who have not yet found the courage to solve this: to let all of the cousins in this region sit in their own tents: in peace of mind and body and soul.

Don’t tell me there is no one to talk to. It’s not about that. It’s about the price. It can be solved.