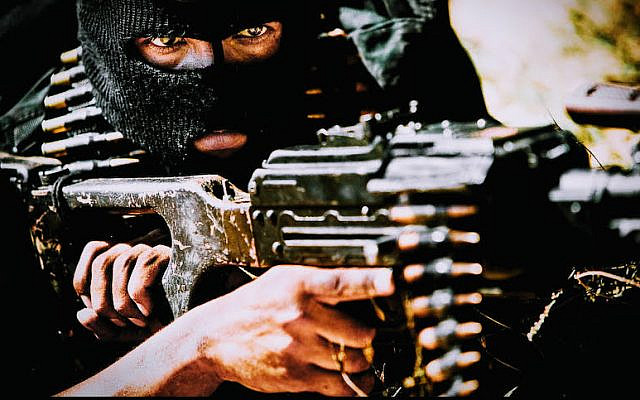 Our enemies are relentless in their hatred of us and desire to kill as many of us Jews as they can. In Israel, in the last month alone, there have been four brazen terror attacks that have left 14 dead and many more gravely wounded.

What stands out about these attacks is that the enemy is hitting us in our major cities not from over the border or from the battlefield, but right from within our span of control like back in the days of the Intifada. The two most recent attacks in Tel Aviv and Bnei Brak were carried out by Palestinians from the West Bank, and the other two attacks in Hadera and Be’er Sheva were carried out by members of Israel’s Arab minority who were aligned to ISIS. Other unrest has been taking place in Jerusalem or on a bus just outside of it by an attacker with a screwdriver, and with the fanaticism around Ramadan now, there is concern about even greater violence brewing. As my father used to say, this is Israel’s Achilles heel (i.e., the enemy from within) and like Rabbi Meir Kahane used to preach this can be a cancer that devours our people.

Perhaps, we can learn something from Passover which starts this week in how we can handle this next wave of Palestinian terrorism. I would suggest that we need to treat these terrorists the same that we treat chametz (leavened bread) on Pesach. There are three obligatory laws for getting rid of chametz.

The Rabbi’s sermon in synagogue today explained that the Hebrew words for chametz (חמץ) and matzah (מצה) are very similar. The main difference is that matzah has a ה and has an open hatch, while chametz has a ח that is closed. To me, this makes sense in that matzah, which is open (and actually has holes all over it), signifies us letting out the rising (i.e., arrogance) from within, and humbling ourselves so we can live a holy life, loving our fellow man and serving Hashem. However, chametz, which is closed, risen, and haughty represents intolerance of others, hate, and violence like that of the endless bloodthirsty terrorists for us.

Therefore, Passover, which is the holiday of liberation and freedom, is also when we must acknowledge that hate and terror is inconsistent with faith and holiness. The terrorists impinge on our freedom to live as a free people in our own land. On Passover, we must renew ourselves with the strength, determination, and perseverance to rid ourselves of the chametz, not only as represented by food but metaphysically by those filled with haughtiness, intolerance, hate, and violence towards us. As is obligatory on Passover, we must disown, search, and destroy the chametz to purify ourselves, but also in the case of the terrorists, so they do not defile the Holy Land and wash it in the blood of innocent victims anymore.