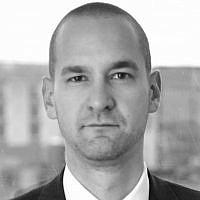 The Blogs
Oren Kessler
Apply for a Blog
Please note that the posts on The Blogs are contributed by third parties. The opinions, facts and any media content in them are presented solely by the authors, and neither The Times of Israel nor its partners assume any responsibility for them. Please contact us in case of abuse. In case of abuse,
Report this post.

Unidentified gunmen on motorcycles killed two members of the tourist police Wednesday at Egypt’s iconic pyramids of Giza. Egypt has experienced hundreds of attacks since the 2011 downfall of President Hosni Mubarak, mostly against state infrastructure and personnel. An expansion of terrorism to the Egyptian tourism industry, however, would strike a grievous blow at the country’s fragile efforts to rehabilitate its battered economy and tattered international image.

For Egyptians, Wednesday’s attack will doubtless dredge up memories of the waves of terror attacks in the 1990s and 2000s, and the drops in tourist numbers that ensued. On November 17, 1997, gunmen murdered 62 tourists, mainly European and Japanese, at Luxor’s ancient Temple of Hatsheput. The incident prompted a crackdown on Islamists and renewed focus on security – including the creation of the very tourist police whose members were gunned down on Wednesday.

In the 2000s, militants shifted their targets to the resorts of the Sinai Peninsula. In 2004, twin bombings in Taba and Ras al-Shaitan killed 34 (mostly locals and Israeli tourists). An attack the following year in Sharm el-Sheikh killed 88 people including dozens of foreigners, and yet another a year later in Dahab killed 23, among them five tourists.

Tourism is a pillar of Egypt’s economy – “our religion, our food,” as one Cairo papyrus seller put it. In Luxor, where tourism dropped sharply after the 1997 massacre, as many as 90 percent of the population depend on tourism for their livelihood.

In 2010, the last year before Mubarak’s ouster, it accounted for 12 percent of Egyptian jobs, a similar proportion of GDP and one-fifth of foreign-currency revenues. The 15 million tourists who visited the country that year contributed $12.5 billion to Cairo’s coffers. Tourism suffered from the unrest that accompanied the revolution against Mubarak, with visitors dropping fully 45 percent and hovering around just 10 million during most of the years since.

The latest attack, however, comes as Egyptian tourism appears to be experiencing a rebound. The first three months of this year saw a 7-percent rise in visitors compared to the same period last year, and the Tourism Ministry says summer and fall bookings indicate a year-long total of 12 million – higher than any year since the revolution.

His efforts are beginning to bear fruit. In May, the ratings agency Standard & Poor’s revised Egypt’s country outlook from stable to positive, predicting real GDP growth over the next three years of 4.3 percent – double the average of the four years since the revolution. Meanwhile, the government’s suspension of the capital gains tax sent stocks soaring 6.5 percent in a single day.

Still, no economic turnaround will be complete without a recovery in tourism. The U.S. State Department currently urges citizens to exercise caution in traveling to the country, and advises against any non-essential travel in Sinai, where an insurgency by Islamic State-linked militants has raged since the military ouster of Muslim Brotherhood president Mohamed Morsi in July 2013. At the same time, shadowy pro-Brotherhood groups calling themselves Ajnad Misr (“Soldiers of Egypt”) and the “Popular Resistance Movement” are increasingly targeting the populous mainland, including Cairo, Alexandria and the cities of the Nile Delta. The government accuses the now-banned Brotherhood of responsibility for virtually every attack, but the extent to which the group is actually orchestrating the violence remains unclear.

What is clear is that continued terrorism, particularly against tourists, has the capacity to set back the fragile gains Cairo has made in restoring stability and reviving its economy. For Egypt, persuading visitors to come soak up the country’s sights and sun will require convincing them beyond a reasonable doubt that traveling to the land of the Pharaohs will not be a one-way ticket.

About the Author
Deputy director for research and research fellow at Foundation for Defense of Democracies, Washington DC
Comments