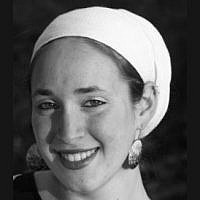 The series of terrorist attacks over the past week has left the country breathless. We’ve barely had time to get over the shock of one before the next one happens. The terrorists are getting exactly what they want. People are terrified. I’m terrified, too.

My first encounter with terrorism was as a new olah in 2006. I was newly married, about five months pregnant, and living in Tsfat. On the morning of the 17th of Tammuz, we woke up to Meron, the mountain across the valley from us, alight and billowing smoke, which was caused by a Katyusha rocket that had been launched from southern Lebanon.

Later that morning, with no siren beforehand to warn us to take cover, the first rockets hit Tsfat, landing about a three minute walk away from where we were sitting in our living room. The sound of the incoming missile — the word most often used to describe it is a “whistle,” but it was more like a deafening ssssssssssSSSSSSSSSSSSSSSSHHHHHHH — is forever imprinted in my brain. We spent the afternoon in a bomb shelter, only exiting when we erroneously thought things had quieted down. We had friends who were moving back to the States the following day (Oh! How I envied them!), and my husband and I agreed to help them finish packing. Not ten minutes after we left the shelter, another round of missiles exploded on the parallel street to the one we were on. We left Tsfat that evening to stay with my aunt and uncle in Beit Shemesh, who graciously hosted us for five weeks.

I suffered from post-traumatic stress for many months afterward, but it only became acute enough for me to seek help after the birth of my first child. In the interim, there had been two or three small earthquakes in Israel which, while they caused no damage, were strong enough for me to feel the ground shaking beneath my feet, and send me into a panic.

We were alerted to the existence of subsidized therapy sessions which were being offered to residents of the North, who had been there during the Second Lebanon War. My husband suggested I make an appointment for an assessment session, and I agreed. At the one and only session I went to, I enumerated all the things that in Israel that I Just. Wasn’t. Handling.

The therapist listened, nodded, knitted her brow sympathetically, and said, “Well, this is the reality in Israel. If you don’t think you can handle it, maybe you’re right. Maybe you should go back to the States.”

I went home, and thought about what the therapist said. And the more I thought about it, the more pissed off and offended I became. Who does she think she is, telling me I can’t live in Israel?! She thinks she knows me after talking to me for 40 minutes? She thinks I’m some wimp who needs central air conditioning and a Starbucks on every corner to feel like my life is not in danger? I’m gonna show her. And so I stayed.

I stayed for more rockets, more wars, more terrorist attacks, each more horrifying than the next, more good people murdered, each one an entire world collapsed.

And each time I’m terrified.

But I’m not leaving.

Because I’m not going to be scared out. If I leave, I’m going to leave because I want to. Not because someone else doesn’t want me here.

Because sometimes it takes someone else telling you that you can’t hack it and you should get out to make you realize you are exactly where you want to be. 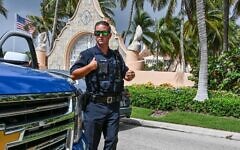