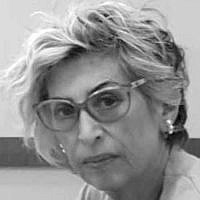 One day late in October I was driving to pick up a book and I felt that my vision was blurry.  I removed my glasses and it didn’t help.  I put them back on, worse.  I ran to the eye doctor to see if I needed a new prescription but at that point, my left eye couldn’t make out anything on the eye chart.

They took pictures of the eye inside and found that I had a macular hole.  Wow, you wake up one day with a hole in your macula and can’t see.  Where did that come from?

I was told I needed surgery.  Well that was a blow.  I am lucky that until now I have been relatively healthy, and I am petrified of needles and doctors.  I delved into the internet to find out about the macular hole, and it looked horrifying.  After the surgery, one must sit with his/her face in a pillow for weeks on end, getting up only to eat and go to the bathroom.  I freaked out and called doctors in Miami and Detroit to get opinions and to consider going to the US where I’m from to do this operation and be closer to my family.

I wasn’t satisfied with any solution and was afraid to fly should the hole get bigger.  The Tel Aviv doctor who examined me told me that if I do the surgery in Tel Aviv I can’t return home for a few weeks since gas is poured into the eye after the surgery and I wouldn’t be able to climb the mountain back to Ramat Raziel.  Lucky for me, my neighbor Sara told me about a friend who had similar surgery at Hadassah and was very pleased.  Hadassah is only a few minutes from my home.  So Esther Berman my good friend from Miami asked Barbara Sofer to recommend someone.  They sent me all the names in the department.  I started with the first on the list, Dr Yitzchak Hemo.  I called 144 and received his phone number, but it was his home number by mistake.  He was very warm and comforting on a Friday afternoon from his home (a real no-no in Israel to bother a professional on erev shabbat, at his home no less), and told me to come in the following Monday for a consultation.

That Monday, they performed at least 5 tests on my eyes, every machine you could imagine and Dr. Hemo had a big plastic ball replica of the eye and explained to us every detail.  He  also explained that I only have to have my face down for 3 days after the surgery,  and stay in the Jerusalem area between 630 and 750 meters above sea level.  I was completely relieved.

Imagine, I am calling all over the world and the best doctors are in my backyard.

My mother (z”l), my grandmother (z”l), my daughters, and I are/were all life members of Hadassah.  We were brought up to give.  Not just to Hadassah but to all Jewish Organizations.  That is in the American Jewish DNA.  But lying on the operating table, awake since it is only a local anesthetic, (and it didn’t hurt), I finally understood what we were doing..  We were donating money so that Israelis and others could have the best medical care.  As we say, the “asimon dropped” and it was no longer an abstract.  It is quite a revelation to be on the receiving side.  So thank you, Hadassah ladies for all the hard work you do.  Thank you Esther, Lori, Marilyn, Marcy, in the US, Barbara and Rachel in Israel, who work tirelessly for hours on end as volunteers to make Hadassah an amazing hospital and to make Israel a better place because of it.  Special thanks to the staff at the eye clinic on the 4th floor, Victoria and Ilana, and to Orna, Atara, and of course Dr. Hemo.  I can really see clearly now!

About the Author
Born in NYC, graduated NYU with BA and MA, Spanish and Economics, made Aliyah about 10 years ago, but spend a lot of time in Miami Beach. Studied law at CLB, earned LLB and LLM. Worked as stockbroker from 1987 and keep all my licenses current. Including Real Estate and Insurance. Worked in Caribbean art business in Miami and Old Jaffa. Love pets, my passion, developing website for pet sitting... in really early stage. Active in local politics and on Municipal Council in Ramat Raziel.
Related Topics
Related Posts
Comments
Advertisement