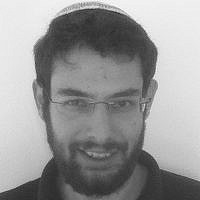 We needed the reality check.

With all the beautiful scenes out of France, millions demonstrating for freedom and against terrorism, the Je Seuis Juif (I am a Jew) campaign, the love with which Israeli Prime Minister Benjamin Netanyahu was greeted at Paris’ Grand Synagogue, and the words of the French Prime Minister Manuel Valls that “if 100,000 Jews leave, France will no longer be France. The French Republic will be judged a failure,” it was so tempting to believe that we had come to a turning point. It was so tempting to think that now terrorism and anti-Semitism would be given the attention they deserve in Europe, that this would be the moment Europe united to save itself from the threat of radicalism.

That can all still happen. It would be wonderful if it did. And no matter what happens afterwards, the French people are to be lauded for their beautiful display yesterday. It was truly a historic moment for Western Civilization.

But things are never that simple. For change to come about, it must always overcome obstacles. Those obstacles are people like Tim Willcox of the BBC.

Willcox was interviewing a Jewish Parisian about how the Jews in Europe feel under the current conditions. Two days after terrorists murdered four innocent Jews who were just doing their shopping, and in the midst of one of the most inspiring moments of the 21st century so far, Willcox could not help but be a party-pooper.

Continually interrupting an interviewee who is struggling with your language is rude enough, but to suggest to a frightened member of a community that is under a very real threat that her community is to blame because of events in another country crosses every line of civility.

I thank Willcox for this because he reminds us that Europe still has anti-Semites, people obsessed with Israel’s perceived wrongdoings, people incapable of feeling sympathy for Jewish victims of any form of violence, and people incapable of even seeing Jews as victims so matter how barbaric or unprovoked the attacks against them are.

Perhaps more importantly, Willcox reminds us that these bigots are not confined to a lunatic fringe. They exist even in mainstream media outlets like his employer, the BBC. If France and the rest of Europe fails to take the appropriate actions to protect their Jewish communities, if they fail to defend themselves against radicalism and terrorism, if they fail in the way Prime Minister Valls fears they could, it will be because of people like Willcox.

So thank you, Willcox, for being so bigoted, so incapable of feeling sympathy, and so obsessed with Israel that you could not wait to express your true feelings until the victims were buried. Thank you for giving us an early reminder that a single rally does not a new era make. Thank you for showing us exactly what we and every decent person in Europe and the West is up against. With any luck we will learn the lessons you have taught us will help us overcome anti-Semites like you.

It is just a shame that to teach us this lesson you had to inflict your inability to be a human being on an innocent woman.