In spring 1938, on the heels of five years of persecution of Jews in Nazi Germany that had recently extended to newly annexed Austria, it was clear that Europe, and the world, were in the throes of a severe refugee crisis. The term “refugee crisis” was essentially a euphemism, since it was not an amorphous situation, but rather circumstances resulting directly from masses of Jews fleeing dire Nazi persecution. Of course this was still nearly three years before systematic mass murder would strike the Jews. And it was still six months before orchestrated massive violence would erupt on November 9th and 10th in the pogrom that came to be known as Kristallnacht. Yet even in spring 1938 Germany’s persecution of the Jews was real, humiliating, profoundly painful and much too frequently, violent.

By the start of 1938 roughly one third of the 523,000 Jews residing in Germany proper in 1933 had left, or were on the verge of leaving. In addition, in the newly annexed German territories of Austria, Adolf Eichmann was poised to employ new coercive tactics to expedite the emigration of as many of the roughly 200,000 Jews of Austria as possible. He would be very successful.

In spring 1938, President Roosevelt and his Administration decided to convene a conference to deal, ostensibly, with the problem of Germany’s fleeing Jews. Between the 6th and 15th of July, representatives from 32 countries met in the French spa town of Évian-sur-les-Bains. It became rapidly clear at the time, and even clearer subsequently, that the Evian conference yielded no substantial solutions to the ongoing stream of refugees. The various countries’ emissaries set forth reasons why their nations could do little or nothing more than had already been done to help. Each emissary voiced hopes that other countries would provide a solution. In short the Evian conference was a dismal failure, ultimately fortifying the foundations of the Nazis’ Final Solution. 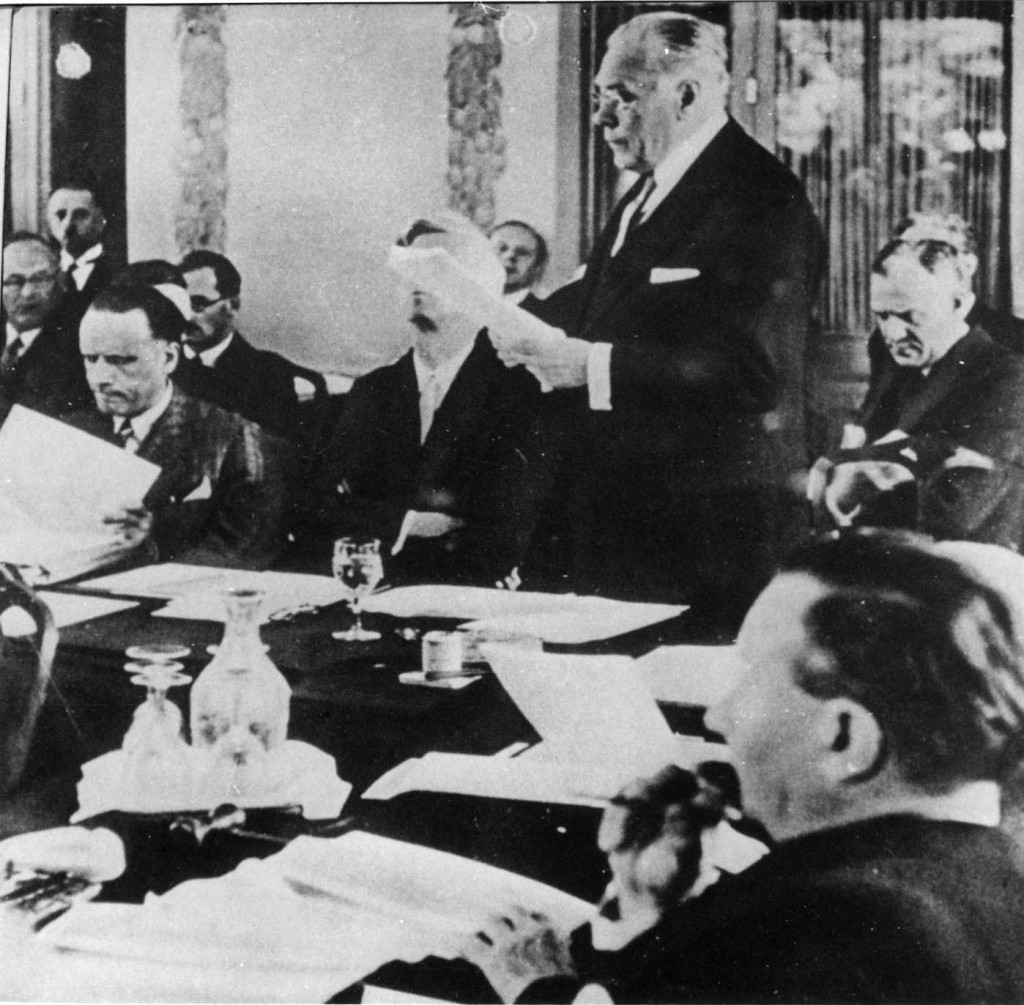 Today Europe and the world face another refugee crisis of great proportions. Today’s crisis appears in some ways much greater than that of the 1930s, with more complex and diverse characteristics and causes. It extends beyond several hundreds of thousands of persecuted persons belonging to one ethnic group, in one nation. Now, millions of people in extremis around the world are on the move and seek relief, refuge and a safe future. It is truly a global problem.

Since 2011, more than 4 million have fled the brutal and bloody multi-sided war in Syria alone, a war that has left an estimated quarter of a million dead. In Iraq, ISIS has targeted its enemies killing, enslaving, terrorizing and raping large segments of minority groups like the Yazidis, various Christians and those Muslims who do not follow the ISIS line, engendering massive flight. As of the end of 2014, according to the United Nations High Commissioner for Refugees, 19.5 million people around the world have been driven from their homes because of armed conflict.

When today’s refugees reach the shores of Europe or other safe havens, their new hosts are faced with daunting task of trying to accurately determine their status: Who among these unfortunate people is in immediate life-threatening danger. Whose life is threatened potentially? And who is seeking safety from places where life is “merely” wretched beyond the imagination of comfortable First World citizens? Clearly, weighty considerations, and not a little prejudice and selfishness to boot, preclude better-off countries from dramatically opening their doors wide to all the refugees. Yet, perhaps, we can derive a modicum of wisdom from history to help us grasp and deal sensibly and morally with this tragic, worsening situation.

When the world faced the crisis of Europe’s persecuted German and Austrian Jews in the 1930s and might have solved the problem together, it failed miserably because it didn’t really try. It didn’t really want to try.

What is needed today is a new international initiative to aid the refugees — certainly not a sham like the Evian Conference, but a sincere and resolute effort to actually make a practical difference for the miserable millions. This would go a long way towards the saving of many lives, and would also constitute an important gesture toward making amends for the world’s past failures of conscience and action. Clearly many countries together can achieve more than one country acting alone. There are a number of already existing international organizations and agencies that could be part of such an effort, such as the UN, the World Bank, and major relief and charity organizations.

In acting, we should all be guided by the saying attributed to Rabbi Tarfon in Pirke Avot (The Sayings of the Fathers), a compilation of ethical teachings by early Jewish sages: “It is not incumbent upon you to complete the work, but neither are you at liberty to desist from it.”
It may not be achievable to succor all or even the greater part of the tens of millions who need our help, but that does not mean that organized and concerted efforts should not be made to do whatever can already be done. Those efforts should begin now.

About the Author
Dr. Robert Rozett is Senior Historian in the International Institute for Holocaust Research a Yad Vashem, is the author of Conscripted Slaves: Hungarian Jewish Forced Laborers on the Eastern Front (Yad Vashem, 2013), and co-editor with Dr. Iael Nidam Orvieto of After So Much Pain and Anguish: First Letters after Liberation (Yad Vashem, 2016).
Comments