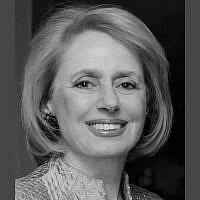 The Blogs
Georgette F. Bennett
Apply for a Blog
Advertisement
Please note that the posts on The Blogs are contributed by third parties. The opinions, facts and any media content in them are presented solely by the authors, and neither The Times of Israel nor its partners assume any responsibility for them. Please contact us in case of abuse. In case of abuse,
Report this post. 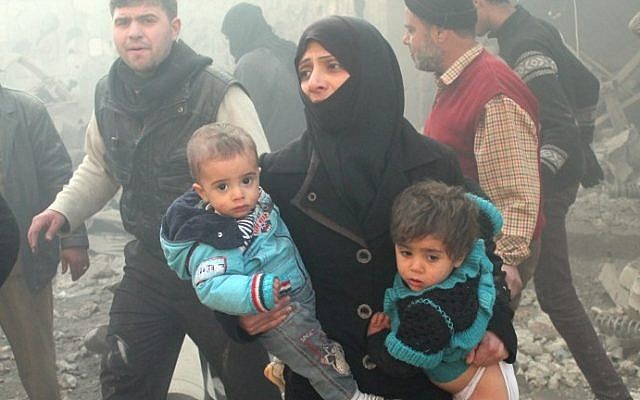 On January 16th, I found myself in Tel Aviv to receive the Global Impact Award, a joint initiative of the Society for International Development (SID) Israel, Walla! News, OLAM, and other partners. With President Reuven Rivlin there to keynote, I could not help but reflect on what brought me to this place and that moment in time.

I was born in Budapest to two Holocaust survivors. They were among the few in our family to remain alive, but only after having been in concentration camps and forced labor battalions. The odds of my ever having appeared on this earth were close to zero.

We escaped Hungary in 1948 shortly after the fall of the Iron Curtain. We made our way to France and waited there for years to get papers that allowed us to emigrate to America. We booked passage on the Ile de France. On the passenger manifest, under the column that says “nationality,” ours read “Stateless.” I started life as a refugee.

I grew up in New York. Decades later. I had the honor of marrying Rabbi Marc Tanenbaum – a world-renowned human rights activist and pioneer in interreligious reconciliation. He died seven weeks before our only child was born. But he left me with more than a son. He left me inspired by his deep commitment to refugees. In his day, it was the Vietnamese Boat People who were in the headlines.

The Boat People of today are the Syrians.

When Marc died, I took his seat on the Board of the International Rescue Committee. In 2013, the IRC issued a report on the Syrian crisis. I was stunned by the magnitude of the suffering.

Leviticus 19:16 reverberated in my brain: “Thou shalt not stand idly while the blood of your brother cries out from the earth.”

Leviticus is part of the Hebrew scriptures, but I wasn’t seeing a Jewish communal response to this horrific tragedy. That Spring I met in Jerusalem with Alan Gill, then head of the Joint Distribution Committee, and he agreed. We initiated the Jewish Coalition for Syrian Refugees. Within a few months, I scaled up a Jewish response to a multifaith response and launched the Multifaith Alliance for Syrian Refugees (MFA).

MFA’s most impactful work was done in cooperation with the Israel Defense Forces. We fostered unlikely partnerships between Israelis and Syrians. By the end of 2016, Syrian NGOs (and others) were shipping 40-foot freight containers to Haifa and Ashdod. The containers were picked up by the IDF and transshipped over the Golan Heights. From there, our partners on the ground in Syria distributed the goods to hard-to-access areas. We delivered more than $120 million of aid in this way. Not only did we save lives, but we built bridges between sworn enemies, creating one glimmer of hope in this very dark time. Nir Boms, of Tel Aviv University refers to this work as “humanitarian diplomacy.”

Humanitarian diplomacy can provide stability in a conflict zone and prevent extremists from taking root. The work that was facilitated by the Israeli government and military reached an area with a population of 1.5 million people and penetrated even beyond Daara, where the Syrian civil war began. In addition to providing emergency aid, our deliveries supported three medical facilities and a bakery inside the Syrian border. In Judaism, the highest form of charity is helping people to help themselves. These crucial services did just that. As a result, southwest Syria was the only part of the country that was really working. “The consistent aid delivered through an unprecedented partnership between Israel and Syrian nongovernmental organizations, including medicine, medical equipment, food, and clothing, serves as a lifeline for the civilian population in this region of the country and empowers NGOs and civic organizations.”

Then it all collapsed. In June of 2018, backed by Russia and Iran, the Syrian government swept through Daraa governate. More than 160,000 people have been driven from their homes across southwestern Syria. With no shelter, running water or sanitary facilities, the situation at the border for displaced people continues to worsen. The border with Jordan remains sealed, leaving thousands of families stranded.

The Golan channel for humanitarian aid shut down. Our partners fled to the north. The medical facilities and bakery were destroyed. Anarchy reigns. A once stable area is now beset with in-fighting, assassinations, and deprivation. This, right on Israel’s northern border.

However, the partnerships we built endure. MFA continues to make crucial deliveries of aid and has expanded its routes to northwest and northeast Syria. While those deliveries wend their way to Idlib, Aleppo and Jazira Region, Syrians and Israelis are exploring ways to continue to work together, bringing their humanitarian diplomacy to other parts of Syria. But the great hope is that the Golan channel will one day open again.

Shipping aid across a shared border fostered positive contact between sworn enemies. Communication shattered the misconceptions that Syrians and Israelis held of each other. For a shining moment, both sides rose above politics, distrust and even hate, to risk their lives in order to alleviate terrible suffering.

The head of an important Syrian NGO once said to me: “Thank God for Israel and the Jews.” That’s a sentiment that needs to be kept alive – for the sake of Syria, Israel and regional stability.

About the Author
Dr. Bennett, an award-winning sociologist, criminologist, and journalist, is a child of Holocaust survivors and a refugee, was the recipient of a Global Impact Award for her groundbreaking work at the Multifaith Alliance for Syrian Refugees (MFA), the USA’s leading interfaith response to the Syrian refugee crisis.
Comments