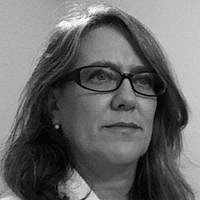 The Blogs
Emily B. Landau
Apply for a Blog
Advertisement
Please note that the posts on The Blogs are contributed by third parties. The opinions, facts and any media content in them are presented solely by the authors, and neither The Times of Israel nor its partners assume any responsibility for them. Please contact us in case of abuse. In case of abuse,
Report this post. 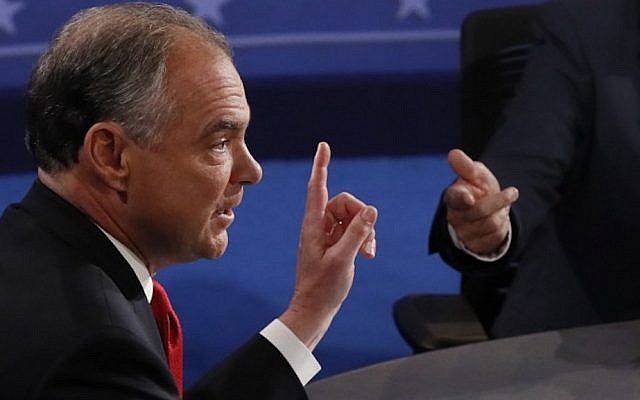 In the final stretch of the P5+1 negotiation with Iran over a nuclear deal, the Obama administration and its staunch supporters began highlighting Israeli security establishment figures who expressed support for the pending deal. In a clear bid to undercut Prime Minister Netanyahu’s very vocal criticism, and to produce the ultimate “proof” that the administration was on the right track, quotes of some key Israeli security figures began to feature prominently in the US debate.

There were a few Israeli assessments of the pending deal that were indeed quite positive and that also carried weight. But other notable quotes came from security figures without the credentials for making that call. Lacking the deep knowledge and understanding of nuclear issues and nonproliferation efforts, Iran’s nuclear ambitions and activities, and the history of negotiations with this determined proliferator – essential prerequisites for offering authoritative assessments of the complex, often confusing and nuanced text of the JCPOA – some of these assessments were no more significant than the opinions of non-security figures.

An equally disturbing trend was when comments and assessments of members of Israel’s security establishment were brought into the US debate without regard to the context in which they were delivered. Significantly, most of the security figures commenting on the deal were doing so in Israel, and with domestic audiences in mind. As such, assessments often contained emphases and nuances that were meant for Israeli public consumption, and could easily be misconstrued when pulled out of their context, and incorporated directly into American discussions. So for example, an authoritative commenter might play down the defects in the deal in order to emphasize that despite the weaknesses and flaws in the JCPOA, Israel cannot afford to confront the US administration in a manner that risks putting US-Israeli relations in jeopardy. Others sought to remind make clear that whatever the flaws in the deal, Israel is strong and can defend itself. These assessments were not intended as endorsements of the deal; rather, they were more often an attempt to refute Netanyahu’s rhetoric that equated the Iran nuclear issue with the threat of Nazi Germany, or they sought to counter Netanyahu’s actions, such as his address to Congress, in a manner that could cause further deterioration in bilateral relations. The message in these cases was not that the deal is a good one, but that Israel must take into account other factors as well, first and foremost the importance of US-Israel relations to Israel’s security.

The Obama administration and its supporters continued to inject the words of Israeli security figures into the US debate in the post-deal period as well, but found that from the fall of 2015 – once Netanyahu signaled that he would end his vocal campaign against the deal – less statements and comments were issued. So when Israel’s Chief of Staff Gadi Eisenkot addressed the INSS annual conference in January 2016, with a message on Iran that challenged Netanyahu’s worst-case-scenario mode of criticism, and noted there were also opportunities, Iran deal supporters both in and out of government in the United States were ecstatic. Disregarding the actual thrust of Eisenkot’s message, and the nuances directed to an Israeli audience, Israel’s top security chief was showcased as supporting the deal.

In early August, when demanding a collective mea culpa from all critics of the deal, President Obama claimed that even the Israeli military and security establishment viewed the JCPOA as a game changer, no doubt drawing on Eisenkot’s speech. Obama’s words elicited a harsh reaction from Defense Minister Liberman, followed by Netanyahu’s attempt to restore calm. But former defense minister Moshe Ya’alon – who had himself been placed in the camp of deal supporters by American sources after noting in his Herzlia conference address that Israel faces no existential threats at this time – rejected the assertion that security officials in Israel now back the JCPOA. He subsequently published an op-ed in the Los Angeles Times clarifying his own critique of Iran and the deal. 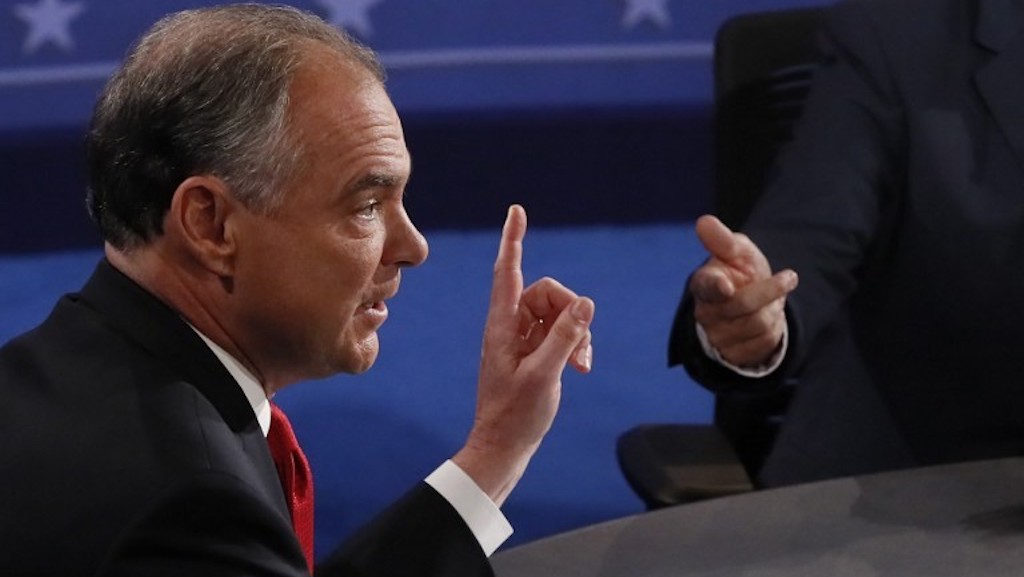 And yet, in the Vice Presidential debate, Tim Kaine took the misquoting of Eisenkot’s speech to a new level. In the debate, he claimed that Eisenkot had said that the Iran deal stopped Iran in the nuclear realm. In reality, the thrust of Eisenkot’s message was in drawing two timelines: 5 years and 15 years. For the 5 year period, he expected Iran to comply in order to get full sanctions relief, and this was the opportunity. But in the longer term there were many risks, and in 15 years he said Israel will still be looking at Iran with great concern because of the role the nuclear issue plays in Iran’s regional designs, which have not changed. He said Israel will need to carefully monitor the situation to see whether Iran is not pursuing a clandestine capability or violating the deal. He then went on to describe all of Iran’s negative and dangerous activities in the region. Eisenkot’s message was a break from Netanyahu’s past rhetoric, but it was in no way a blanket endorsement of the deal, nor could it be construed as advocating that the JCPOA had stopped Iran’s nuclear program.

These attempts to present Israel’s defense establishment as staunch supporters of the Iran deal are at best highly misleading, and at worst part of a politically-motivated campaign of deception pursued by an administration that is desperate to prove the worthiness of the JCPOA, and is not averse to undermining Netanyahu from within.

Powell, Peres made the case for ‘containment’

But there are other ways that Israel is connected to the Iran deal in American discourse, and Colin Powell’s recently leaked March 2015 email is a case in point. Media attention focused almost exclusively on the sensation of Powell seemingly “confirming” Israel’s nuclear capability, by noting its 200 nuclear warheads. But what was lost in the albeit short-lived excitement over Israel having been ‘outed’ by the former US secretary of state, was the context in which Powell mentioned Israel’s presumed capability – Iran. What Powell said in his email to a Democratic party donor was that the Iranian regime would not use a nuclear weapon even if it got one because Israel has 200 nuclear weapons targeted on Tehran, and the US has thousands. The important message here is not the number cited but rather that Powell obviously does not believe that the deal will necessarily cut off all pathways to a bomb, or that Iran has given up its nuclear ambitions. But if Iran does get a bomb, it will be deterred from using it – by Israel and the US.

Powell’s offhand comment takes us full circle, from the JCPOA back to the ‘containment’ argument, which for years featured prominently in the debate over how best to deal with Iran’s military nuclear ambitions. In fact, in the ‘containment vs. prevention’ debate, many suspected all along that Obama’s own fallback position was always containment, even though he emphatically insisted – in a speech to AIPAC in 2012 – that his policy was solely prevention. But when considering the JCPOA that the administration ultimately embraced – an agreement that does not prevent Iran from ever acquiring a nuclear weapon – one can only conclude that prevention was left by the wayside, and containment was probably more prominent in Obama’s thinking than he cared to admit.

But there’s a containment strain in Israeli thinking as well. Surrounding the death of Peres, many past interviews were featured in the media and we were reminded of his positions on Iran. What gained the most headlines was something Peres said, and instructed his interviewer not to publish until after his death: that it was he who stopped an Israeli military strike on Iran’s nuclear facilities. Be that as it may, in an interview last February to TIME, Peres said he supports the JCPOA, and like Eisenkot, prefers to focus on the opportunities it created, rather than the problems that are “probably there.”

But in view of other statements, it seems that Peres’s approach was actually rooted most strongly in his conception of containment: namely, Israel’s brand of deterrence, grounded in a policy of nuclear ambiguity. As he noted in one recent interview when asked about the Iranian threat: why should Israel be afraid? Between Iran and Israel, he said, “I suggest that Iran be afraid.” In 2011 he had noted that he would advise Iran not to make a mistake regarding Israel’s capabilities, even if they are not public, and in a later statement he said that the suspicions about what is in Dimona help Israel’s deterrence against its enemies, including Iran. Like Powell, Peres seemed to rely on Israel’s deterrent capabilities.

The danger: Pressure on Israel regarding a WMD-free zone

If Israel’s assumed capabilities are implicitly woven into perceptions of the deal in both the US and Israel, will this affect the attitude and approach taken toward these capabilities? If containment is indeed the fallback position for a failed JCPOA, it would mean of course that Obama was never being straight about his singular commitment to prevention. But will it also pave the way for recognition and acceptance that Israel’s deterrent capability cannot be undermined by notions of a weapons of mass destruction-free zone (WMDFZ) in the Middle East that seek not regional dialogue, but rather to dismantle Israel of its assumed nuclear capabilities?

Interestingly, at the International Atomic Energy Agency’s general conference this year no Arab draft resolution was placed on the table to target Israel in the nuclear realm. The title of a Haaretz piece reviewing the conference – including this decision – was “ambiguity pays off.” Indeed, in the Middle East today, with Iranian aggression on the rise, a nuclear deal that is seriously flawed, and a US administration that is providing excuses for Iran’s aggression and transgressions rather than shoring up leverage to keep Iran in line, perhaps letting up pressure on Israel is looking more sensible to regional states than continuing to harp on an issue that Israel has in any case proven is not a threat to anyone except to those who would seek its destruction.

Emily B. Landau is Head of the Arms Control program at the Institute for National Security Studies (INSS), Tel Aviv University. She is author of ‘Decade of Diplomacy: Negotiations with Iran and North Korea and the Future of Nuclear Nonproliferation’

About the Author
Emily B. Landau is Head of the Arms Control program at the Institute for National Security Studies (INSS), Tel Aviv University. She is author of 'Decade of Diplomacy: Negotiations with Iran and North Korea and the Future of Nuclear Nonproliferation'
Comments