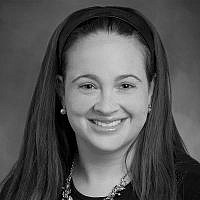 The Blogs
Jennifer Raskas
Apply for a Blog
Advertisement
Please note that the posts on The Blogs are contributed by third parties. The opinions, facts and any media content in them are presented solely by the authors, and neither The Times of Israel nor its partners assume any responsibility for them. Please contact us in case of abuse. In case of abuse,
Report this post. 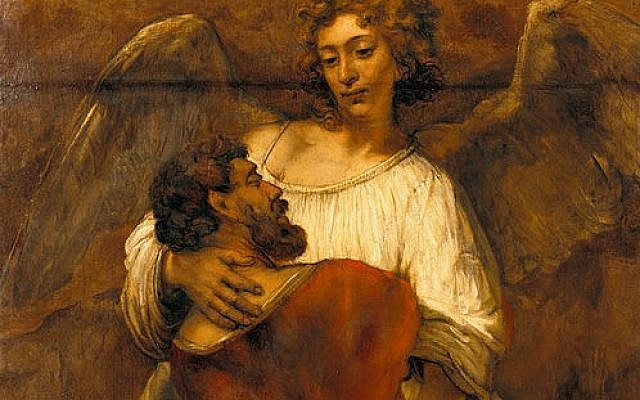 There is a joke about a driver who received a frantic call from his wife on his commute home from work. “Dave,” she said, “A reporter on the radio just warned that a car on the very highway you are on is driving full speed in the wrong direction — please, be careful!” “Oh,” Dave answered, “it is much worse than that. It’s not one car, but hundreds of them!”

We all make wrong turns. We all make mistakes. And like Dave, it is almost always easier to react by looking outside our windows and saying it is others who are mistaken, rather than turning the mirror on ourselves. A psychological reading of this week’s parsha provides inspiration for changing course after a mistake by courageously driving introspective change.

In Parshat Vayishlach, as Jacob runs away from his uncle, Laban, he prepares to see his brother Esau for the first time since Jacob deceived their father into giving him Esau’s blessing, more than 20 years prior. Jacob then finds himself alone, at night, wrestling with an angel. At daybreak, the angel wounds Jacob in the leg and prevails upon Jacob to let him go.

“I will not let you go until you bless Me,” replies Jacob.

Who is this angel wrestling Jacob? Why does Jacob, demand a blessing? Why does the angel ask for Jacob’s name? According to Rabbi Shmuel Klitsner, in Wrestling Jacob: Deception, Identity and Freudian Slips in Genesis, the answer lies in Jacob facing his past.

From the moment that Jacob is born, holding Esau’s ankle, a struggle emerges over which brother will retain first-born status. This struggle continues when Jacob buys the older status from Esau, and peaks during the gripping account of Jacob and his mother, Rebecca, deceiving Isaac into giving Esau’s blessing to Jacob. At the climactic moment of deception, Isaac asks Jacob, “Who are you, my son?” Jacob answers: “I am Esau, your eldest…” (Gen. 27:18-19).

The blessing that Isaac then bestows upon Jacob, however, is surprising. It is a blessing that Rabbi Jonathan Sacks summarizes as pertaining to wealth and power (see Gen. 27:28-29), and not birkat Avraham, the blessing of Abraham to inherit the land of Israel and become the father of the Jewish people. Isaac does, in fact, a chapter later, give the Abrahamic blessing to Jacob, when he knows he is blessing Jacob (Gen. 28:3-4). As such, as Rabbi Sacks states, “There was no need for deceit and disguise.” Rebecca and Jacob may have thought they needed to trick Isaac into giving Jacob birkat Avraham; however, they were mistaken.

From here on, as Klitsner’s reading of the Jacob story continues, Jacob is haunted by his deception. He cannot but hear rebuke of his deceit when Laban, after tricking Jacob into marrying his eldest daughter, tells Jacob, “’It is not done in our place, to give the younger before the first-born” (Gen. 29:26). Similarly, we can imagine Jacob reeling as he relives his fateful transgression when he overhears Laban’s sons declare, “Jacob hath taken away all that was our father’s” (Gen. 31:1).

Now, alone at night, about to confront Esau, Jacob finally resolves to stop running from his past and confront his deceit. The angel appears. Tormented by the memory of saying his name was Esau, Jacob courageously seeks a chance for a “redo” of his act of deception when he asks the angel for a blessing. The knowing angel responds, “What is your name?” In the climactic moment, where the answer “Esau” is reverberating in his ears and it would be easiest to walk away, Jacob looks straight at the angel and answers with the truth, “Jacob.”

Now the text tells us, alah lo ha-shachar, the sun comes up for him (Gen. 32:32). Now that Jacob has internally faced and corrected his past, his sun can metaphorically rise. He reclaims his identity of Jacob and is now ready to face Esau, and write the next chapter of his life with the new name he receives, Israel.

There is much we can learn from Jacob’s actions. Jacob could have spent his life rationalizing his deception. Even if his actions were deceitful, did not his intentions — to listen to his mother and protect the Jewish people’s destiny — justify them? After all, his grandfather and father fabricated familial relationships for a greater good. His grandfather Abraham twice asked his wife Sarah to pretend she was his sister, and Isaac asked the same of Rebecca.

Jacob, however, realized that rationalizing, and providing excuses for past sins, even when justifications exist, are still acts of running from the past. And when we run from our past, we give it power and control. It is when we admit our mistakes, when we confront them and invite them in to learn from them, that we take back control of our past and can then run free.

Facing past mistakes is hard. It is often a struggle, just like Jacob’s wrestling with the angel. Like Jacob, we may get wounded in the process. However, the freedom we gain to move forward, may be the most valuable blessing of all.

As Rabbi Sacks states, “That is how the moral life is. We learn by making mistakes. We live life forward, but we understand it only looking back. Only then do we see the wrong turns we inadvertently made. This discovery is sometimes our greatest moment of moral truth.”

May Jacob’s wrestling provide us courage to face our wrong turns and engage in course corrections. And may all our struggles alone in the darkness, lead to new chapters in our lives that are filled with the most beautiful and radiant rising suns.