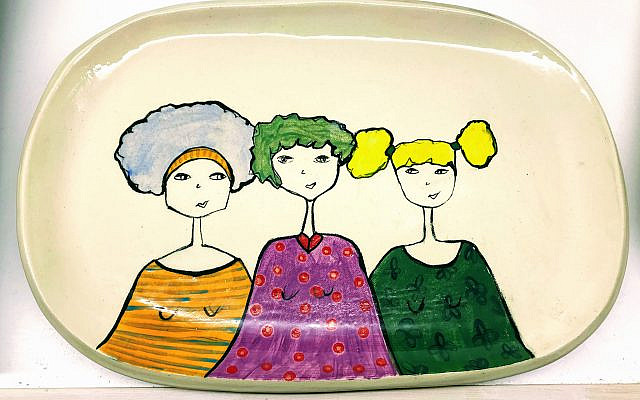 I was overjoyed this week when the IDF captured the sick murderer of Esther Horgan. Esther, a wife and mother of six children, was jogging in the forest near her settlement of Tal Menashe in Shomron, when the bloodthirsty Palestinian attacker in waiting came upon her and smashed her head in with a rock.

I give the utmost praise and gratitude to Hashem, Israeli intelligence, counter terrorist police, and the IDF for identifying, locating, and apprehending Esther’s attacker. But I also want to recognize Esther and her family for their self-sacrifice in doing what many of us can only dream of and that is making Aliyah (she was from France), settling the land of Israel, and in particular in the West Bank (Yehuda and Shomron).

Israel captured the West Bank from its occupier, Jordan in the Six Day War of self-defense in 1967. The West Bank is historically a part of the land of Israel given by G-d to the Jewish People. In fact, Tal Menashe is named after the Israeli Tribe of Menashe who had been allotted that land almost 3,000 years ago. It is a mitzvah to settle every inch of the Promised Land of Israel, and the Ramban even determined that conquering the land of Israel and ensuring Jewish sovereignty is a “Milchemet Mitzvah” (Holy War required by the Torah) as it says (Numbers 33:53):

Unfortunately, too many Jews are either too passive, fearful, or think they can trade the holy land of Israel for peace (a “piece” of paper) that guarantees the Jewish people nothing. As the Rebbe said:

I am completely and unequivocally opposed to surrender of any of the liberated areas.

The Rebbe viewed that surrendering of the land of Israel needlessly endangered many Jewish lives. Aside from Hashem’s abundant mercy and the courageous men and women of the IDF, the security of Israel is contingent on having defensible borders, and the West Bank not only provides strategic depth to the otherwise dangerously narrow width of Israel (at only 9 miles), but also much of the West Bank is “the high ground” that is considered critical for Israel’s self-defense and survival.

Thank G-d, now there are over 400,000 settlers in the West Bank and another 200,000 around East Jerusalem.  Esther Horgan and her family represent the best of the Jewish people giving of themselves, and putting themselves at the front line, in order to fulfill G-d’s commandment to us to settle the land and safeguard the country for the rest of the Jewish people.

Recently, I was talking to someone more generally about taking risks and perhaps making unnecessary mistakes in life; and I said:

Maybe we just need to be more cautious?

And I want to share their answer with you; they said:

And I thought to myself how profound this is. We are not here to hide under beds or run from life, but rather we need to take prudent risks, and live life. We are no longer, a helpless and homeless people that get taxed, beat up, and thrown out on a whim from every nation in the world. It is time to take our rightful place among nations, to annex and settle our land of Israel with all our resources and might, and to fulfill G-d’s promise and command to us, “to take possession of it.” Of course, peace will come with our underlying faith in G-d and the strength and security of the nation state.

Obviously not everyone can go immediately to Israel, it’s a process for all of us to make our way home. But like Esther Horgan, we can work to live our lives without fear, and ultimately fulfill our national and religious destiny by making Aliyah and settling our homeland, in every part of Israel. We have matured in our faith, bravery, and ingenuity, and we will not let any adversary or terrorist stop us anymore—those days are over!