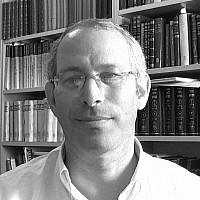 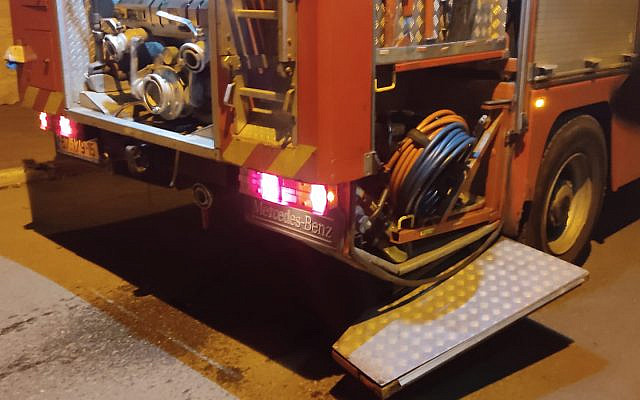 Sunday night, 10:45. I’m on my way into the shower when I hear a boom outside of my house. Not the usual boom from passing trucks or people going too fast over a speed bump; the kind that makes me say, Uh oh.

It was pretty cold but I ran out nonetheless and saw a fire truck down the block, with firemen standing around. As I walked down to see what was going on I noticed that one side of my car had been sliced open. No, really. Like I could see the innards of the door. And the frame had a gash. And the wheel, not just the tire, was sliced open.

This was not good.

One of the firemen came over to take pictures. He was sorry, but he really had to attend to the truck, which was damaged as it sliced my car open. The commander of the unit felt sorry. He gave me his name and phone number. “Don’t worry, all the insurance companies know how to collect from government-owned vehicles.”

Tuesday morning. The owner of the body shop tells me that it’s not looking good. The insurance company might just decide to declare the car a total loss. “Do you want a cup of coffee?” I wonder, will that impact on the company’s decision about the car? Anyway, I don’t drink coffee (yes, that’s true). The insurance appraiser tells me the bad news. The car is gone.

Wednesday afternoon. I get a call from the appraiser, who doesn’t really work for the insurance company. He tells me that I will get a phone call from someone who is going to want me to fill out some forms. “Cooperate with him,” he tells me. “Don’t worry. You’ll be taken care of. Just do what he says.”

The guy calls. “Here’s the story,” he tells me. “We decided what your car is worth. I am going to meet you at the post office where you will sign over your car to me and I’ll give you 45% of its value. You want cash? The insurance company will take care of the rest.” Really?

She calls me. Yes, it’s normal. You’ll have to wait three months to get back the rest of your money. Just cooperate with the guy who calls you.

Monday morning. The post office. I’ve got the documents in a brown paper bag (I have the documents, but it’s hard to get brown paper bags in Israel). The guy spots me. “You have the documents? And the keys? Let’s do this now.“ I photograph his ID, his business license, and who knows what else, because I have no clue who this guy is and this feels perfectly sleazy. “Don’t worry,” he says. “That’s the way we do it.”

The car is gone. Handed over to a complete stranger for less than half of its value. The insurance people aren’t quite sure what’s happening. They’re asking me what’s up with car. That’s really comforting.

Wednesday morning. It’s the body shop calling. They want to know what’s happening with the car. “It’s sold, I tell them.” They don’t know what’s going on. That’s comforting.

Wednesday afternoon. “Hello, this is the office of the appraiser. You owe us NIS 1,280 (about $407). You want to pay by check or credit card?” “Wait a minute,” I say. “Let me get this straight. The insurance company hires an appraiser and I have to pay?” “Yes, of course,” she says politely. “That’s the way it works. Of course, if you don’t pay then the appraisal doesn’t go to the insurance company and you won’t collect.” For the next twenty minutes I tell her the entire saga, which to me sounds really bizarre. Every so often she responds. “Correct, that’s the way it works. Why are you so surprised?” “Who’s in charge?” I ask. “Who do I turn to for information, to find out what’s going on?’ She doesn’t understand my question. “There’s no one ‘handling’ the case. These things just happen and everyone needs to get paid, like us. that’s just the way it’s done.” “So I need to pay NIS 1,280 to you so that the insurance company will eventually possibly pay me for what I’ve paying them for the past 12 years?” “Of course,” she says very patiently. “That’s the way it’s done.”

“One last question,” I ask. “Who else is going to call me to ask for ransom money so that I can eventually get paid?” “Nobody,” she says. “This is the end of it. Don’t worry.”

Or maybe I should just smile. This is a crazy country, where Kafka meets Byzantine bureaucracy in a Middle Eastern bazaar. But its ours, and the only one we have.