There are times in our lives when we look at our friends and colleagues and think, “I wish I had what they have.” It could be material items or stability in a relationship, a well-paying job or connections to well-established industry figures. In these cases, we project our own desires in sometimes-fantastical ways, picturing ourselves as the receivers of good fortune. Looking in the wrong direction, this destroys the soul and disables our empathetic focus on the less fortunate. It is the basis of a covetous existence. 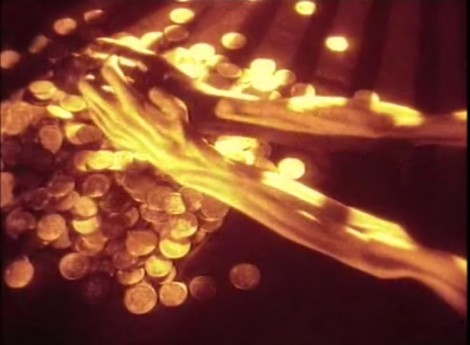 We see this in our religious experiences as well. We become focused on attaining things greater than what we have at present. Acknowledging one God and observing the Sabbath are serious Jewish values and punishment for killing, stealing, or committing adultery are normative morals found in nearly every society. But why does the Torah ascribe coveting a prohibitive status? Why should this emotional regulation be elevated to the ranks of the Ten Commandments?

The rabbis taught that the prohibition of desire was a preventative measure.  Coveting as a singular emotion could lead to stealing (Deuteronomy 5:18). The belief was that if one lost control of their feelings to the point of wanting something specific that someone else owns, that one might not be able to control oneself. It was not merely about a type of purity of emotions, but a means to ensure a just society where we place a fence around emotions that might lead us to act improperly.

Another way of thinking about coveting is how it affects the way by which we think about economic and financial matters. In an ideal, equitable society, resources and labor are shared evenly within the community and there is enough for everyone. While this notion is unrealistic due to capital and resource scarcity, it is a worthy foundational point on which to base our actions.

Unfortunately, for generations, spanning Republican and Democratic administrations, there has been a culture of unchecked greed that has gripped the American financial community. From slashing taxes for the highest income earners, to the repeal of the Glass-Steagall Act , and to the financial meltdown of 2008, the march of greed has proceeded in an unregulated way full speed ahead.

Even after events reached crisis levels not seen in decades, however, there was a sense of entitlement among those who had caused misery to a hundred million Americans. Consider the extent to which some of these ultra-wealthy went to grab everything they could while denying help to anyone else:

One would think that with all these advantages, the well-off would be satisfied. After all, a four-year study of thirty large corporations revealed that twenty-six paid no taxes, and the remaining three paid taxes only in 2011 at rates ranging from 0.2 percent to 3.8 percent, and only one (DuPont) paid nearly 11 percent for a single year. Thus, these corporations saved more than $78 billion over the official corporate tax rate. In addition, according to the Organization for Economic Cooperation and Development, the United States has the lowest relative total tax revenue (as a percentage of gross domestic product) of any of the 18 members of the organization. Nevertheless, incoming Senate Majority Leader Mitch McConnell has said that one of his priorities will be lowering the corporate tax rate.

What about the institutions that are “too big to fail”? JPMorgan Chase chairman and CEO Jamie Dimon has faced an enormous amount of fines totaling over $31 billion over the past three years from the United States, European Union, and all fifty states; more than $8 billion for supposedly faulty paperwork resulting in the “wrongful” eviction of people from their homes; $13 billion in February 2014 to the United States in a secret settlement; and most recently, in October 2014, the European Commission fined JPMorgan 61.7 million euros for its part in fixing the Swiss franc Libor benchmark interest rate, and an additional 10.5 million euros for its taking part in a cartel that fixed its derivative interest rate. The rate was lowered by 10 percent because JPMorgan admitted its guilt.

How have these actions affected Dimon? The only time his pay was severely cut was because of the London Whale trading loss, in which JPMorgan Chase lost a good deal of money as well as $1 billion in fines. The wrongful eviction of people, looking the other way during the Bernie Madoff Ponzi scheme, charging people for identify theft services not provided, and other undisclosed infractions had no effect on shareholders, who have tended to raise Dimon’s salary. In fact, they credit him for calling Attorney General Eric Holder in September 2013 to avert civil charges and eventually arranging a $13 billion deal, and for earning $21.3 billion in profits in 2012 and $17.9 billion in profits for 2013. As for Dimon, he appears to feel that he is the victim of persecution, saying in January 2014: “I think a lot of it was unfair.”

Indeed, another recent episode indicates just how far greed has ingrained itself in business. A Yahoo sale of shares in AliBaba Group (a Chinese online retailer) netted a profit of $9.4 billion, from which $3 billion. Outraged that a penny was lost, shareholders pressured CEO Marissa Meyer to pledge that future sales would be conducted in a manner minimizing taxes. As a result, Meyer has hired JPMorgan and Goldman Sachs to devise schemes by which Yahoo can avoid paying most or all potential taxes when the company sells off its stake in AliBaba next year (it cannot sell before September 2015), for an estimated $44 billion.

In the past, forces emerged to check the greed. In 1904, President Theodore Roosevelt successfully broke up a holding company, Northern Securities, organized by J.P. Morgan and others to control financing of the nation’s railroads, and eventually earned the title “Trust-Buster” for his selective moves to break harmful monopolies. During the Depression, President Franklin D. Roosevelt expressed the views of most Americans when he denounced the “economic royalists” who wanted to hoard the nation’s wealth to the detriment of the nation. In his 1936 nomination speech for a second term, he stated:

These economic royalists complain that we seek to overthrow the institutions of America. What they really complain of is that we seek to take away their power. Our allegiance to American institutions requires the overthrow of this kind of power. In vain they seek to hide behind the Flag and the Constitution. In their blindness they forget what the Flag and the Constitution stand for. Now, as always, they stand for democracy, not tyranny; for freedom, not subjection; and against a dictatorship by mob rule and the over-privileged alike.…. Government in a modern civilization has certain inescapable obligations to its citizens, among which are protection of the family and the home, the establishment of a democracy of opportunity, and aid to those overtaken by disaster.

I am not here to impugn success. Those who have worked diligently throughout their life and have supported their communities deserve our respect. But it is not right when those that rig the game for themselves in the pursuit of an ever-rising net worth have greater influence over others. Today, we look for an end to unbridled greed, a society in which the bottom line is not the only line. In recent history, coveting has not only taken hold, it has proceeded to theft and a regressive redistribution of wealth from the poor and middle class to the wealthiest by methods that border on immoral. It has fed on itself and threatens to disrupt society as we know it.

According to Rabbi Yakum, “One who violates the tenth commandment violates them all” (Midrash Pesikta Rabbati 21.17). Rabbi Michal of Zolotchov explained that the tenth prohibition is not as much a command as it is an assurance of a Divine reward. If one fulfills the first nine commandments with all of one’s heart, God promises us that we will not want anything else and thus not succumb to coveting. While we may choose to work harder to attain more, we must also learn limits and to be content with what we have.

Rabbi Dr. Shmuly Yanklowitz is the Executive Director of the Valley Beit Midrash, the Founder & President of Uri L’Tzedek, the Founder and CEO of The Shamayim V’Aretz Institute and the author of six books on Jewish ethics.  Newsweek named Rav Shmuly one of the top 50 rabbis in America.”