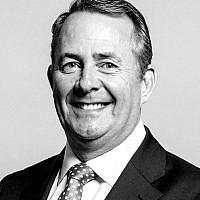 The Blogs
Liam Fox
Apply for a Blog
Please note that the posts on The Blogs are contributed by third parties. The opinions, facts and any media content in them are presented solely by the authors, and neither The Times of Israel nor its partners assume any responsibility for them. Please contact us in case of abuse. In case of abuse,
Report this post. 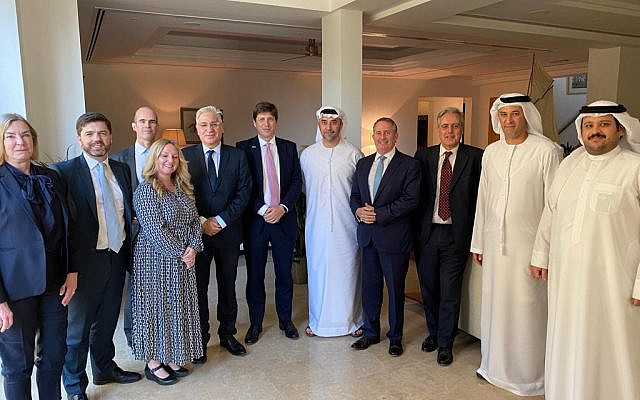 Dr Liam Fox leading a delegation in the UAE

It is not every day that the highlight of a diplomatic function is the jocular repartee between senior Arab and Israeli diplomats. And who would have predicted, just a few years ago, that the premier landmark of an Arab city would host a kosher restaurant; or that an Arab government would build a synagogue for an expanding Jewish community?

All these things, though, were what we saw on a recent visit to the United Arab Emirates, as members of the UK Abraham Accords Group. I was asked to chair this group by the governments of Israel, the UAE and Bahrain.

This visit was an opportunity to see Israel take its place among the other nations of the world, at the Dubai 2020 Expo.

We were also keen to see what role there could be for Britain and for us as British parliamentarians, in supporting the friendship between those three countries that was encapsulated in the Abraham Accords.

I say friendship because, as one senior Emirati interlocutor told us, the Abraham Accords are not a peace deal like those of Egypt and Jordan: their country was never at war with Israel.

That is surely one of the reasons why this is also a much warmer relationship than Israel has ever had with its neighbours.

There is no legacy of nationalist anti-Israel fervour, no veterans to appease, and no deep-seated anti-semitism among Emiratis.

The UAE has taken a tough line on Islamist extremism for many years, and has made tolerance and openness a key theme of its religious policy of its continuing internal reforms.

Yesterday, the UKAAG signed an #MoU with @sharakango at the Crossroads of Civilizations Museum in #Dubai. Both sides agreed to work together to promote the #AbrahamAccords, and expand awareness of the positive impact that #peace has bought to all signatories.

As the Emirati chairman of the impressive counter-extremism “think-and-do” tank Hedayah told us, tolerance does not translate well from the Arabic tasamuh, the word that is emblazoned on the corridors of the country’s Grand Mosque.

Tasamuh implies mutual acceptance of a deeper kind than merely tolerating others. And it has been aggressively championed in the UAE in recent years.

The Louvre Abu Dhabi, which we toured during our visit, showcases religions of the world side by side: Jewish, Muslim, Christian and Buddhist holy books are all in a single display case, so bringing home the message that all are to be respected.

We may not perhaps find that surprising in a British context, but in the Middle East the traditional tendency has been to emphasise the superiority of Islam and often to ignore Judaism altogether.

Perhaps more remarkable – but still in the making – is the Abrahamic Family House, which the UAE government is building next to the Louvre and which will include a synagogue, mosque and church side by side.

Again, the same message: not necessarily equality, I should say, because the UAE is determined to remain a Muslim country. But a clear example of acceptance of others’ beliefs, set from the top.

Acceptance of Jews as a religious group, though, only goes so far.

During the visit we were privileged to meet Dubai’s burgeoning Jewish community and hear from them how the Abraham Accords had changed their lives.

The recognition of Israel – and the tens of thousands of Israeli tourists who have visited the UAE since then, and $1 billion in Israeli-UAE trade deals – was clearly a pivotal moment which helped them feel truly accepted as Jews in this diverse multinational country.

One of them made the striking remark that the UAE was the safest place in the world to be a Jew. That is flattering for the UAE, but disturbing for us here in the UK, because it is the rise in antisemitism in Europe that made him say so.

In the days since our visit, the UAE has been attacked by the Houthis of Yemen with missiles and drones. The Houthis are backed by Iran, and their slogan “Death to Israel and a curse on the Jews” gives a clue as to what will happen if their ideology gains ascendancy in the region. They threaten to fire missiles at the Burj Khalifa, that Dubai landmark at whose foot is that famous kosher restaurant.

The Houthis are a terrorist group, and should be proscribed.

They should not be allowed to undermine the progress made by the UAE and Bahrain towards peace with Israel and a new understanding of religious coexistence.

About the Author
Dr Liam Fox is a UK Member of Parliament for North Somerset, former International Trade Secretary & Defence Secretary, and led a delegation to the UAE as part of the UK Abraham Accords Group
Comments 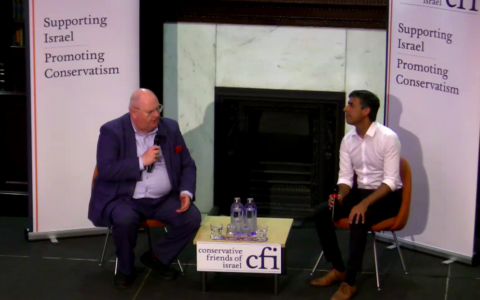 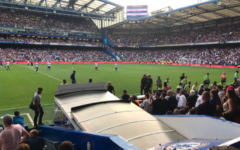 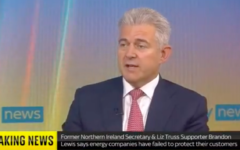