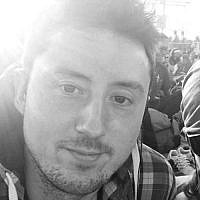 The Blogs
Wojciech Zdrojkowski
Apply for a Blog
Please note that the posts on The Blogs are contributed by third parties. The opinions, facts and any media content in them are presented solely by the authors, and neither The Times of Israel nor its partners assume any responsibility for them. Please contact us in case of abuse. In case of abuse,
Report this post.

The Anti-Defamation League’s recent study on anti-Semitism won’t help the already strained relations between the Polish and Jewish community.

Conducting regular polls on anti-Semitism in the United States for  over 50 years, the ADL has, since 2013, gone global with its research, polling people in over 100 countries to determine the levels of anti-Jewish sentiment around the world.

It’s known as the  ADL Global 100: An index of anti-Semitism, and its most recent survey was carried out across 18 nations, which included 14 from Europe and four others with significant Jewish populations. The study revealed Poland as the place where most people, almost half the country (48%), ‘harbor anti-Semitic attitudes’.

Unsurprisingly the results from the survey, highlighted as  ‘deeply concerning’ and a ‘powerful wake up call’ by ADL CEO Jonathan Greenblatt , haven’t been greeted well by Poles. But it’s not because they’re ashamed of their country being ‘outed’ as the most anti-Semitic of the 18, but because whole thing seems a little too contrived.

The ADL, which commissioned the  First International Resources company to undertake the surveys, had a range of 11 statements read to participants in phone or face to face interviews. Participants then had to determine whether they thought each of the statements was ‘probably true’ or ‘probably false’. If they answered ‘probably true’ to at least six of the 11 declarations, they were marked as an individual harboring anti-Semitic attitudes.

In 2016, 31 member states of the International Holocaust Remembrance Alliance (IHRA) adapted a non-legally binding definition of anti-Semitism in Bucharest, which states:

“Antisemitism is a certain perception of Jews, which may be expressed as hatred toward Jews. Rhetorical and physical manifestations of antisemitism are directed toward Jewish or non-Jewish individuals and/or their property, toward Jewish community institutions and religious facilities.”

One example given by the IHRA of contemporary anti-semitism in public life, is ‘making mendacious, dehumanizing, demonizing, or stereotypical allegations about Jews as such or the power of Jews as collective — such as, especially but not exclusively, the myth about a world Jewish conspiracy or how Jews control the media, economy, government or other societal institutions.’

Let’s assume most people agree with the IHRA. Another of their examples illustrating what might constitute as anti-Semitism includes ‘accusing the Jews as a people, or Israel as a state, of inventing or exaggerating the Holocaust.’

Answering ‘probably yes’ to a statement about Jews talking too much about the Holocaust might be heartless or out of place, but anti-Semitic? Not necessarily. It also isn’t an accusation that Jews invented or exaggerated the Holocaust.

Then we come to more time sensitive questions, likely to get a ‘probably yes’ answer now, when perhaps they wouldn’t have done so before. Over the last couple of years Poles and their nation have been subjected to some highly controversial statements and accusations from parts of the Israeli media and politicians. One example is Israeli Foreign Minister Israel Katz, saying  ‘Poles suckle anti-Semitism with their mothers’ milk, a statement ignited further by  opinion pieces in the Israeli media supporting his comments.

Of course comments like this by a handful of people are no excuse for Poles to tar the Jewish community as a whole with one brush, but it might at the present time, as unacceptable as it may seem, cause Poles to answer ‘probably yes’ to the statement – ‘people hate Jews because of the way Jews behave’.

Paweł Jędrzejewski of the Forum of Polish Jews, suggests in his recently  published piece that this most recent accusation of anti-Semitism against Poland and Poles is linked to an already ongoing debate in Poland about the prospect of Jewish American organisations demanding money for Jewish heirless property absorbed by the state after the Second World War. As he puts it, ‘claims for compensation for heirless property will use it for propaganda. The slogan will be simple: Jewish property cannot remain in the hands of anti-Semites’. In his eyes, branding Poland as an anti-Semitic country is a means to an end.

The fact that German automaker Volkswagen officially  supports and  finances the ADL’s Global 100 Index, is also seen by some Poles as a crafty way of deflecting attention away from some of the anti-Semitic violence occurring in Germany, to focus on ‘anti-Semitic attitudes’ in their neighbour’s backyard.

It would be disingenuous to claim there is no anti-Semitism in Poland. Some people in Poland (and around the world) just don’t like Jews because they’re Jewish, but let’s remember Poland is also the country where Jews settled and have lived for hundreds of years, while they weren’t as welcome in other nations.

Sadly, the Holocaust took place on Polish soil. While some Poles did collaborate and turn Jewish people in to the Nazis, others were being murdered along with their families, trying to protect them. There is a vibrant Jewish community in Poland and anti-Semitic attacks are scarce. To claim there isn’t any anti-Semitic feeling in Poland would be a falsehood, but to suggest half the country is anti-Semitic, is an absurdity.