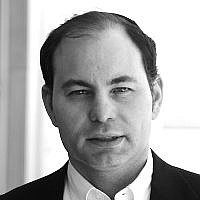 The Blogs
Yonatan Kaganoff
Apply for a Blog
Please note that the posts on The Blogs are contributed by third parties. The opinions, facts and any media content in them are presented solely by the authors, and neither The Times of Israel nor its partners assume any responsibility for them. Please contact us in case of abuse. In case of abuse,
Report this post.

One of the problems often discussed in the Jewish media — and, more recently, the larger media when discussing Orthodox Jews — is called the Agunah Crisis. Jewish women who have civil divorces, but whose ex-husbands refuse to give them a get, a Jewish divorce, are forbidden to remarry. In fact, according to a recent poll of Orthodox Jews, the second most pressing issue, after day school tuition, was the Agunah Crisis. This speaks to the prominence of the issue, as most of the respondents were not directly Agunot or their immediate families.

It has been claimed, rightly or wrongly, that not only women who are refused an actual get once a civil divorce has been issued are included within the Agunah Crisis, but any woman contemplating or going through divorce who has been threatened, explicitly or implicitly, by her husband to withhold a get in the event of a divorce, is likewise a victim. This logic would exponentially increase the number of victims, including countless married and divorced women.

Several suggestions have been put forward in different forums as solutions to this issue. These range from the benign to the extreme, including some going so far as to end traditional Jewish marriage or possibly to create numerous mamzerim (the product of an illegitimate union, who cannot marry other Jews). And yet one of the most powerful tools to resolve the “Agunah Crisis” would be the widespread adoption of the RCA/Bais Din of America prenuptial and postnuptial agreements. Which is readily accessible online here.

For better or for worse, the Agunah Crisis is almost exclusively restricted to the Orthodox Jewish communities. Reform, Conservative, and unaffiliated Jews do not have the problem of Agunot, because they have abandoned the traditional use of the get. The advantage of this reality, so to speak, is that the problem could be addressed by capitalizing on one of the greatest strengths of North American Orthodoxy.

One of the near universals of being an Orthodox Jewish couple in North America is that you are members of a synagogue and that your children (if you have any) attend a Jewish school. Logically, the most efficient way to have widespread adoption of postnuptial agreement would be through local Jewish institutions. Therefore, I am proposing that the lay leadership of each synagogue and day school start a local campaign to have all members or parents sign postnuptial agreements.

Synagogues can pass bylaws requiring all couples applying for membership to have signed prenuptial or postnuptial agreements. Postnuptial Agreement campaigns could be run through local Day Schools either through the student or parent leadership. When I was a student in Maimonides School in Boston decades ago, High School students were very active in supporting various political causes, then current, such as Soviet Jewry, Yemenite Jewry, and Ethiopian Jewry. Even though students are not married, there is no reason why they could not organize and run a post-nuptial campaign for their communities.

Similarly, synagogues can run campaigns to have all members who have not already done so to sign Postnuptial Agreements. It’s unrealistic to expect local Rabbis to organize the mass signings of postnuptial agreements. As the Agunah Crisis has often been presented as a “women’s issue” and has been adopted as a signature cause of JOFA, the Jewish Orthodox Feminist Alliance, it is perfectly appropriate for women to take the lead in organizing and implementing local campaigns to promote and ensure the widespread adoption of the postnuptial agreement. Indeed, sisterhoods are an ideal vehicle for implementing such initiatives, as they are based on pre-existing friendships. If a synagogue’s rabbi has no objection to the prenuptial agreement, the initiative should be lay-led.

Some of the most vocal Agunah activists have been accused, rightly or wrongly, of wanting “The Rabbis” to solve the Agunah Crisis. This attitude displaces the responsibility for solving this problem to rabbinic and Orthodox Jewish organizational leadership. It discourages activists from implementing the solution, and miscasts them as a pressure group seeking for others to come up with a “Magic Halakhic Bullet” solution. But the suggestions that I am presenting here could be spearheaded by anyone in their own local communities. Indeed, anyone can decide to become an Agunah activist by running a postnuptial campaign in their local synagogue or school and immunizing their community against this problem.

If we think of the Agunah Crisis as an epidemiological issue, then the model for solutions should be flu vaccines and other public health campaigns, only with having married couples sign post-nuptial agreements as the goal. Just as public health campaigns are conducted, synagogues and schools could mount campaigns to have their entire married membership have prenuptial or postnuptial agreements with follow-ups and metrics to track their success. As there would be little financial cost to the synagogue, the school, or the couple these campaigns create win/win situations in building goodwill and positive publicity for the institutions.

A vaccine for the Agunah Crisis is at hand, if individuals are willing to do the work necessary in their own communities. 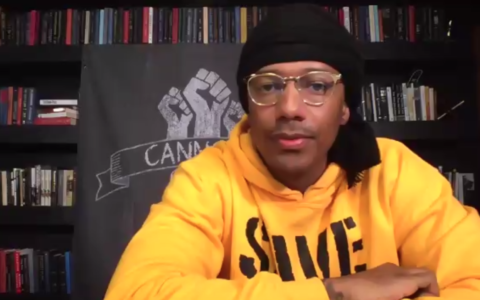 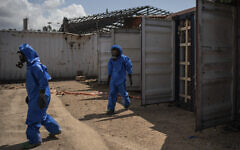 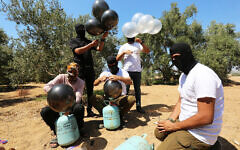 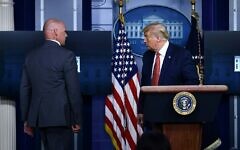 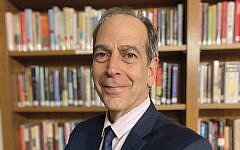 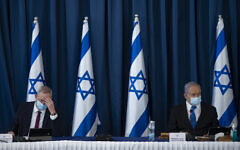