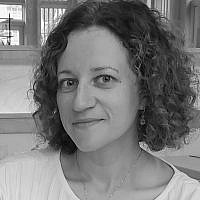 Nearly two months ago, we were warned via a leaked brief SCOTUS was planning to overturn Roe v Wade. Today, they finally achieved that. And with this overturn, SCOTUS has violated the First Amendment of the United States constitution. The US Supreme Court has been filled by evangelical Christians who are intent on violating the separation of church and state. The decision to overturn Roe v Wade is in direct opposition with this country’s promise of freedom of and from religion. And it specifically violates the religious freedoms of Jewish women.

Abortion is not only permitted in Judaism, but it is required when the woman’s life is in danger. Jewish women whose mental, emotional, physical, or spiritual lives are endangered by their pregnancies have just had their religious rights stripped away. This is why a synagogue in Florida is suing the state. This is why Jews up and down the political aisle are screaming out in horror.

The evangelicals and fundamentalists have proven over and over again they only care about the fetus until it leaves a woman’s womb. After that, you’re on your own, kid. But let me say this as plainly as possible: making abortions illegal will not stop abortions from happening. Abortions have always happened and will continue to happen – the only thing this ruling accomplishes is making sure women suffer once more. Women who are desperate to get an abortion will find ways to do so; the ones who can afford it, will simply travel to a state or country where it is legal just as they have always done while the poor ones will once again find themselves in the dangerous and life-threatening grips of secret back alleys. Overturning Roe v Wade is about nothing more than controlling women and our bodily autonomy and health.

Now let’s lay all the cards on the table: this doesn’t stop with abortions. Gorsuch, Kavanaugh, and Barrett all lied under oath when asked about their intentions regarding Roe v Wade. This overturn is just the beginning. Thomas is already proposing the court go after birth control and LGBTQ rights next. SCOTUS is actively turning the clock back in front of our very eyes and now that they have gotten away with this, they won’t hesitate to come after the rest of the rights we have fought tooth and nail to win for decades.

This country is sliding backwards at an alarming rate. Voting in November is crucial but it will not fix what is happening. Unless the justices are impeached and this decision overturned, we will continue this downward spiral. Today’s ruling will go down as one of the darkest day in US history. There’s a reason why more and more people are leaving or planning to leave within the next few years. We were sold the “American Dream” but what we got instead was a nightmare that doesn’t end and is only getting worse.

As an American, I am disgusted and exhausted. As a Jew, I remember Deuteronomy 16:20: “Justice, justice shall you pursue.” I hate to break it to you, but you can’t have justice when you’re ruled by corruption. As for me, today is just another reminder why it’s time get out of this country. I guess it’s time to finish my Nefesh B’Nefesh application.

About the Author
Klarina Usach was born in Odessa, Ukraine. Her family fled as Jewish refugees to the USA in 1992. She has grown up in New York but Israel is in her heart. She is currently working on her first book.
Related Topics
Related Posts