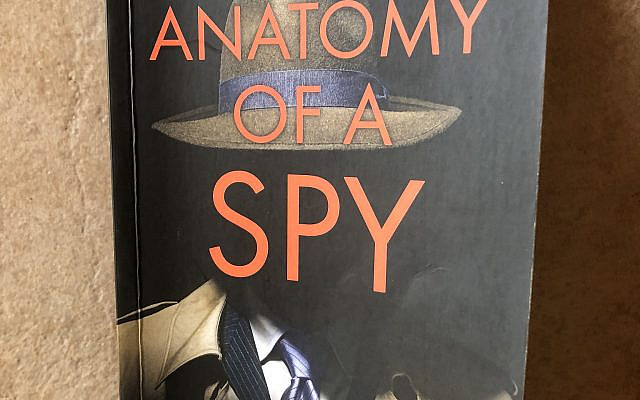 It is very rare for a book to elicit loud exclamations of surprise, delight or amazement from me while I’m reading it, but this did indeed happen on several occasions while I was engrossed in this remarkahle, well-researched and enlightening book by Michael Smith.

After providing a detailed analysis of the biblical story of the betrayal of Samson by Delilah, providing insights and hypotheses as to what happened and why, Michael Smith gives the reader a series of detailed and insightful chapters on the way real-life spies have operated and what their motives were for doing so. With chapters entitled ‘Sexual Relationships,’ ‘Money,’ and ‘Patriotism,’ amongst others, the reader is introduced to the characters who have worked to pass on the secrets of their own or other countries in European, Asian and American history and in modern times.

The author has had access to a vast array of sources, both official and unofficial and so, using these as well as his extensive knowledge of modern history, he gives the reader a fascinating glimpse into the lives and minds of a wide range of individuals who have engaged in the undeniably risky occupation of spying. Giving the occasional nod to the James Bond character in the novels of Ian Fleming, Michael Smith reveals the ways in which the various national intelligence agencies managed their secret agents, thereby obtaining information they considered damaging to countries perceived as a threat.

This was particularly the case during war-time, and the information obtained by the British and American intelligence services during the two world wars, provided by foreign nationals as well as their own agents, proved invaluable in determining the ultimate victory of the Allied forces. On the other hand, the spies who worked to undermine the West, such as the ‘Cambridge Five’ in England and agents working for the Russians in Germany, the USA and elsewhere, caused untold harm to those countries, passing on invaluable information and essentially enabling Russia to develop its own nuclear arsenal. On the basis of the intelligence provided by a ‘mole’ inside the Russian military establishment President Kennedy was able to call Khruschev’s bluff over the Cuban Missile Crisis in 1962, bringing the threat of a worldwide nuclear conflagration to an end.

A particularly telling chapter near the end of the book recounts the way the Russians manipulated social media, and thus public opinion in the USA, to discredit Hillary Clinton in the 2016 Presidential election. By investing massive and sophisticated resources, the Russians were able to get their preferred candidate elected, despite his obvious personality, intellectual and administrative flaws.

Altogether, this book provides an eye-opening account of the ways in which spies have operated through the ages, their motivations for doing so and the benefits (or detriments) thus gained by the countries for which they worked. It is altogether a fascinating, well-written and instructive book which I highly recommend.