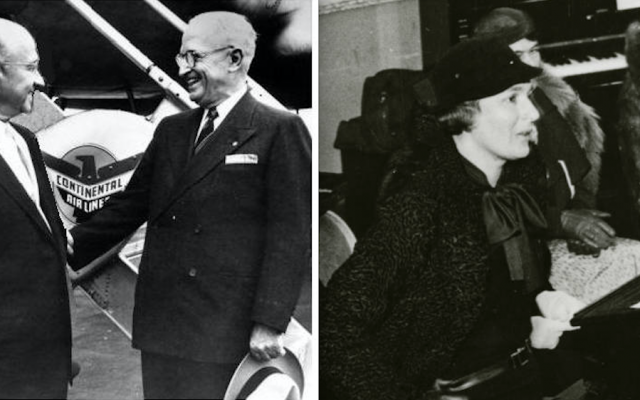 The story of Joseph and his brothers, spread over four parshiyot, is the longest and most tightly-scripted of all the narratives in the Torah. Nothing is there by accident; every detail counts. One moment, however, seems gloriously irrelevant – and it is this that contains one of the most beautiful of the Torah’s ideas.

With great speed, we are introduced to the broad lines of the story. Joseph is envied and hated by his brothers. So deep has the animosity gone that they cannot talk peaceably with one another. Now the brothers have left home to tend their sheep, and Jacob tells Joseph to go and see how they are doing. This encounter will set in motion the central drama from which all else will follow: the moment when the brothers sell Joseph into Egypt as a slave.

But it nearly didn’t happen. Joseph arrived at Shechem where he expected his brothers to be, but they were not there. He might well have wandered around for a while and then, failing to find them, gone home. None of the events that take up the rest of the Torah would have happened: no Joseph the slave, no Joseph the viceroy, no storage of food during the years of plenty, no descent of Joseph’s family to Egypt, no exile, no slavery, no exodus. The entire story – already revealed in broad outlines to Abraham in a night vision – seemed about to be derailed. Then we read the following:

A man found [Joseph] wandering around in the fields and asked him, “What are you looking for?” He replied, “I’m looking for my brothers. Can you tell me where they are grazing their flocks?” “They have moved on from here,” the man answered. “I heard them say, ‘Let’s go to Dothan.’” So Joseph went after his brothers and found them near Dothan. (Gen. 37:15-17)

I know of no comparable passage in the Torah: three verses dedicated to an apparently trivial, eminently forgettable detail of someone having to ask directions from a stranger. Who was this unnamed man? And what conceivable message does the episode hold for future generations, for us? Rashi says he was the angel Gabriel. Ibn Ezra says he was a passer-by. Ramban however says that “the Holy One, blessed be He, sent him a guide without his knowledge.”

I am not sure whether Ramban meant without Joseph’s knowledge or without the guide’s knowledge. I prefer to think both. The anonymous man – so the Torah is intimating – represented an intrusion of providence to make sure that Joseph went to where he was supposed to be, so that the rest of the drama could unfold. He may not have known he had such a role. Joseph surely did not know. To put it as simply as I can: he was an angel who didn’t know he was an angel. He had a vital role in the story. Without him, it would not have happened. But he had no way of knowing, at the time, the significance of his intervention.

The message could not be more significant. When heaven intends something to happen, and it seems to be impossible, sometimes it sends an angel down to earth – an angel who didn’t know he or she was an angel – to move the story from here to there. Let me tell the story of two such angels, without whom there might not be a State of Israel today.

One was a remarkable young woman from a Sephardi family who, at the age of seventeen, married into the most famous Ashkenazi family in the world. Her name was Dorothy Pinto; her husband was James de Rothschild, son of the great Baron Edmond de Rothschild who did so much to support the settlement of the land in the days before the proclamation of the State.

A critical juncture occurred during the First World War that would eventually lead to the defeat of the Ottoman Empire and the placing of Palestine under a British mandate. Suddenly, Britain became absolutely central to the Zionist dream. A key figure in the Zionist movement, Chaim Weizmann, was in Britain, experimenting and lecturing in chemistry at Manchester University. But Weizmann was a Russian immigrant, not a prominent member of British society. Manchester was not London. Chemistry was not politics. The most influential and well-connected Jewish family was the Rothschilds. But Edmond was in France. James was a soldier on the battlefield. And not every member of the British Rothschilds was a Zionist.

At that moment, Dorothy suddenly assumed a leading role. She was only nineteen when she first met Weizmann in December 1914, and understood very little of the political complexities involved in realising the Zionist dream. But she learned quickly. She was perceptive, resourceful, energetic, delightful and determined. She connected Weizmann with everyone he needed to know and persuade. Simon Schama, in his definitive account of Two Rothschilds and the Land of Israel, says that “young as she was… she combined charm, intelligence and more than a hint of steely resolution in just the right mixture to coax commitment from the equivocal, enthusiasm from the lukewarm and sympathy from the indifferent.”

His judgement on the effect of her interventions is that “through tireless but prudent social diplomacy she had managed to open avenues of influence and persuasion at a time when they were badly needed.”[1] The result, in 1917, was the Balfour Declaration, a milestone in the history of Zionism – and we should not forget that the Declaration itself took the form of a letter to Lord (Walter) Rothschild.

Dorothy’s husband James, in his will, left the money to build the Knesset, Israel’s parliament building. In her own will, Dorothy left the money to build a new Supreme Court Building, a project undertaken by her nephew Jacob, the current Lord Rothschild. But of all the things she did, it was those connections she made for Chaim Weizmann in the years 1914 to 1917 that were surely the most important. Without them, there might have been no Balfour Declaration and no State of Israel.

The other figure, who could not have been less like Dorothy de Rothschild, was Eddie Jacobson. The son of poor Jewish immigrants, born in New York’s Lower East Side, he moved with his family to Kansas City where he met a young man called Harry Truman. They knew one another in their youth, and became close in 1917 when they underwent military training together. After the end of World War I, they opened a haberdashery business together. It failed in 1922 because of the recession.

From then on, they went their separate ways, Jacobson as a travelling salesman, and Truman successively a county administrator, Senator, Vice-President, and then when F.D. Roosevelt died in office in 1945, President of the United States. Despite their very different life-trajectories, the two stayed friends, and Jacobson would often visit Truman, talking to him about, among other things, about the fate of European Jewry during the Holocaust.

After the war, the position of America vis-à-vis the State of Israel was deeply ambivalent. The State Department was opposed. Truman himself refused to meet Chaim Weizmann. On 13 March 1948, Jacobson went to the White House and persuaded Truman to change his mind and meet Weizmann. Largely as a result of this, the United States became the first nation to grant diplomatic recognition to Israel on 14 May 1948.

One of the proudest moments of my life occurred at 6:12 p.m. on Friday, May 14, 1948, when I was able to announce recognition of the new State of Israel by the government of the United States. I remain particularly gratified by the role I was fortunate to play in the birth of Israel as, in the immortal words of the Balfour Declaration, “a national home for the Jewish people.”

Two people, Dorothy de Rothschild and Eddie Jacobson, appeared on the scene of history and connected Chaim Weizmann with individuals he might otherwise not have met, among them Arthur Balfour[2] and Harry Truman. They were like the stranger who connected Joseph and his brothers, but with infinitely more positive consequences. I think of them both as angels who did not know they were angels.

Perhaps this is true not only about the destiny of nations but also about each of us at critical junctures in our lives. I believe that there are times when we feel lost, and then someone says or does something that lifts us or points the way to a new direction and destination. Years later, looking back, we see how important that intervention was, even though it seemed slight at the time. That is when we know that we too encountered an angel who didn’t know he or she was an angel. That is what the story of Joseph’s stranger is about.

[2] Weizmann had met Arthur Balfour already, but without Dorothy he would not have had the influence that he eventually came to have over a whole circle of leading politicians.