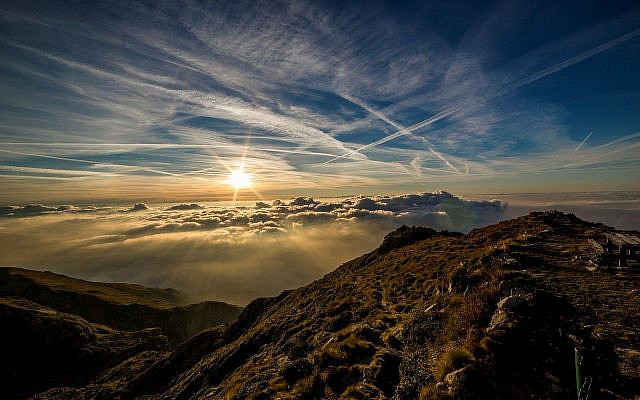 Who have been the angels in our lives?

At a critical moment in the story of Joseph and his brothers, there is a turning point that goes by so fast, that if you blink you’ll miss it. Joseph travels to Shechem to visit his brothers, yet he searches for them in vain. At that moment, a man sees that Joseph “וְהִנֵּה תֹעֶה בַּשָּׂדֶה – he was wandering in the fields.” (Genesis 37:15), lost and not knowing where to go next. Upon hearing that Joseph is looking for his brothers the man responds casually “Oh, I heard them saying that they were going to Dotan.” Seizing on this piece of information, Joseph goes to Dotan, upon which his brothers see him coming and throw him in the pit which precipitates the entire story of Joseph  being taken down to Egypt, becoming a viceroy, testing and deceiving his brothers, and bringing down his father’s family and settling them in Egypt.

What would have been had that man never encountered Joseph? This entire story – the second half of the book of Breishit – never would have happened! Were it not for this man, the course of Jewish history would have been radically different. Had Joseph never been sold down to Egypt, it is true that we would have been spared the hundreds of years of oppressive slavery, but we also would never have been redeemed through God’s miracles, nor brought to stand at the foot of Mt. Sinai to receive the Torah. The entire story of the Jewish People is thanks to that one offhand comment by this anonymous man.

I have often asked myself, who are those people in my life? Who are the people that give us that critical gesturing in the right direction just when we are toeh basedeh – wandering without knowing where to go next, without even knowing exactly what we are looking for? Who has come along for us, just when we needed them, and made a passing comment that changed the course of our lives? Something small, something like: “Oh, maybe you should speak to that professor,” or “Have you thought about a career in dentistry – I think you would be very good at it?” or “I think you should see this doctor, he’s done wonders for me.” A slight nudge in the right direction, and our lives were changed as a result.

Our rabbis tell us that the person who Joseph met was not a man, but an angel. And what is an angel if not that person who brings true blessing to our lives, that person whom we experience as sent by God to rescue us exactly at the time that we need her the most?

For me, personally, there was one person in particular who was that passing stranger, that angel. My wife and I have two boys on the Autism spectrum, one with social-emotional issues. When the boys were young, it took a lot of effort to raise them, and we were often at wit’s end. Particularly painful for us and for them was our inability to find a Jewish community for them in which they fit. The Jewish schools weren’t working for them and we had to send them to a secular special-ed school. The camps weren’t working for them. The shuls weren’t working for them. While we provided them with a Jewish education, they had no sense of Jewish belonging. Their community was the special needs one, not the Jewish one.

And then, when we were wandering, lost in the field, came along Shayna, a past student of my wife’s, who said to us “Oh you should look into Camp Yofi – it’s a part of Ramah Dorom in southern Georgia. It’s a weeklong family camp for kids like yours and their parents.” And, of course, we said “No, no, it won’t work for our kids.” But Shayna gave us another little nudge, “No, really. You should take a look; I think it could really be right for you.”

So, we took a look. And the program was perfect for us and for our boys. That week at Camp Yofi was a Godsend, and we came back year after year. Our sons felt seen, understood and supported, and we did as well. We had finally found the perfect combination, something we had not imagined possible: a community that was both a Jewish one and a special needs one, a place to belong, a place to call home. Over the next decade, we kept coming back, summer after summer, and then progressed to other similar programs at the other Camp Ramahs. Our boys grew in their Yiddishkeit and in their independence and self-confidence, and became the exemplary young men who they are today, fifteen years later. All of this, because of this one woman’s casual suggestion. 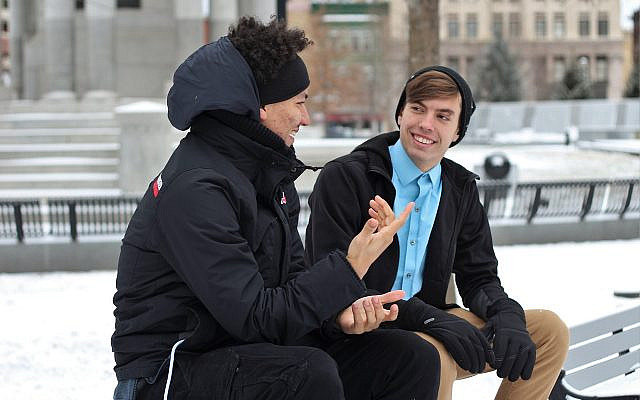 There is something about the casualness, the light-handed nature, of these suggestions that is part of their power. It leaves us space to seize on the idea, to embrace it and make it our own. We are not being told by someone what to do; we are just following up on a suggestion that they made.

There have also been a few times when, as I only discovered later, that I had been able to be that man in the fields for someone else.

Around 20 years ago, a parent told me that his daughter was struggling with Orthodoxy and the modern world, and asked if my wife and I would talk with her. We sat down and talked for about an hour. I have to admit that I don’t even remember what we said. And then, ten years later, this young woman’s father called me to say how that conversation entirely changed the course of his daughter’s life. It empowered her to move forward and to pursue the path that was right for her. That short talk had made all the difference.

So I ask us to take a moment to reflect on who the angels have been in our lives. Just think for a few minutes and you will know who they are. Maybe give them a call before Shabbat and say “Thank you for that suggestion you made ten years ago. I can’t begin to express my gratitude. It has made all the difference in my life’s trajectory.” Chances are that they won’t even remember what you are talking about, or consider it to not have been a big deal. For them it was just a passing comment, but for us it was everything.