It seems that everybody is angry today. There is anger on the streets of Melbourne – outrage at the politicians, fury at government Covid and refugee policies, vexation at the slow vaccine rollout. There is rage across Israel – people mad at the new government, people outraged at Bibi. And across the world we are feeling the antagonism and hostility towards us as Jews.

Even the temperamentally mild are experiencing exasperation and more easily inflamed. And, worryingly, at times the anger mutates into violence. Like the furious threats against the children of Knesset members, the outright attacks against Jews in the ‘civilised’ cities of Europe and the USA; not to mention the QAnon wrathful fantasies that fuelled the violence in Washington earlier this year.

It’s unsurprising there’s so much rage and fury around. After all, times of uncertainty breed deep fear and fear spawns deep anger. We are living in an age of anxiety, and unpredictability is the zeitgeist. If your health or that of a loved one is threatened, or you are losing your income or your home, or the little certainties and comforts that you rely on are slipping away, it’s not unexpected that you would feel the fear and feed the fury. And psychologists would probably tell us that much of our indignation is a form of displaced feelings. Possibly, at the heart of our anger is our impotence, our vulnerability in a global pandemic.

Our anger may be understandable but is it acceptable? Anger is ultimately destructive – it destroys both the perpetrator and the target. Judaism has always been unequivocal in its response to anger. From the book of Genesis where Jacob condemns the anger of his sons Simeon and Levi (“Cursed be their anger, for it was fierce; and their wrath for it was cruel”); the Talmud (“Anger will cause a sage to lose his wisdom, one who is destined for greatness to forfeit it “); the Hassidic teachers (“An angry person denies God”); to recent thinkers like Rav Kook or Rabbi Sacks (“Bad tempered people achieve nothing but their bad temper”); Jewish texts counsel against rage.

Is there ever a place for anger? After all, God himself expresses righteous indignation and there are many situations which seem to call for our strong antagonism. Some years ago, business mogul, Lee Iacocca, articulated this very powerfully: ”A little righteous anger really brings out the best in the American personality. Our nation was born when 56 Patriots got mad enough to sign the Declaration of Independence. We put a man on the moon because Sputnik made us mad at being number two in space. Getting mad in a constructive way is good for the soul and the country”. Iacocca isn’t wrong, I just wouldn’t call this expressing raw anger. In my mind this is more about using anger in a positive way,chanelling it to become strong, firm and assertive in your actions.

It has been said that almost all anger feels like righteous anger; sorrow however doesn’t care whether it is righteous or not. In other words, rage is ultimately destructive and the stuff of regret and sadness. This has been best explicated by Maimonides (Rambam) in his analysis of the dynamics of wrath (Laws of Character). He accepts Aristotle’s principle that virtue is the means between two extremes, that the Golden Path is that of moderation, except in two situations, pride and anger. Even a little anger is wrong he contends. This is why, he suggests (in our Parasha or weekly Torah reading) Moses was punished because he lost his temper, berated the people and hit the rock. He makes an important distinction between Moses smashing the tablets at the golden calf episode and the beating of the rock. With the tablets, Moses had to act decisively but not angrily. Like a parent teaching a wayward child he had to show and even pretend anger to restore order to a situation out of control. In his harsh words and enraged actions at Kadesh when he strikes the rock twice, Moses was not in control of his anger. The lesson of this episode for the Rambam is: you either control your anger or your anger controls you.

It is important to note that anger itself is a natural and legitimate emotion -this may well be what God models for us in the Torah. The challenge is not to deny or repress anger but to use it in a wise way. Recognise it; feel it but don’t feed it! If you don’t use it constructively than it grows, corrupts and damages.

Anger unchecked erodes communities, it saps self – confidence and destroys personal relationships. As the proverb puts it uncontrolled anger doesn’t solve anything, it builds nothing, and it can destroy everything.

In difficult times we need to redouble our efforts to counter contempt with compassion, hatefulness with ‘healingness’. We need to rescue the rational part of our brain from our more primitive amygdala. It’s not easy, especially if you’re hot tempered and impulsive by nature. Yet it is possible for almost all of us to learn anger management, to take control, to learn how to restrain and channel the urge to instantly purge our emotions. To count to five before reacting to provocation or a fierce thought. At the very least follow the dodgy advice that when angry count to five, when very angry (especially if you’re on your own) swear! In sum ,accept ,reflect and then use the passion to promote and build!

There’s a phrase in our daily prayers which refers to God as being “erech apayim” very slow to anger. Of course, God isn’t ever possessed by ire; He just teaches us that we too should take the slow train to outrage and then use it to build a better station, one called peace and patience. Let’s work together in these dark Covid days to create a mission of love rather than a mantra of anger. 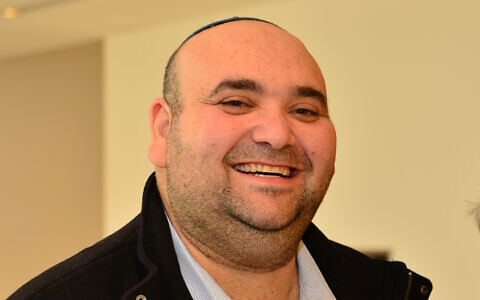 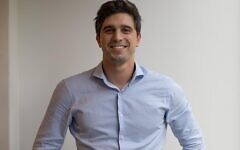 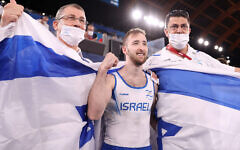 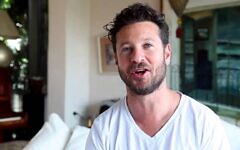 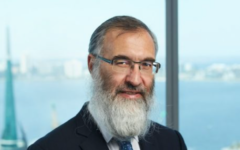 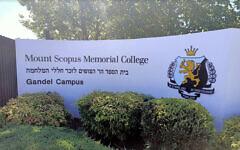