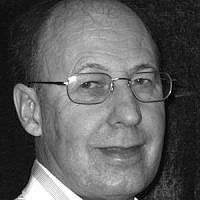 The silly season has started. The annual worldwide BDS (Boycott, Divestment and Sanctions) campaign is in full swing during the month of March. The various programs are cleverly designed in an effort to brand Israel as an Apartheid state.

The disingenuousness of these efforts are reflected in the counter-initiatives of governments, institutions, organizations and ordinary people who have had enough of the false claims of the BDS advocates.

In February the Canadian government passed a motion to condemn any and all attempts by Canadian organizations, groups or individuals to promote the BDS movement, both in Canada and abroad. France and the United Kingdom took similar actions. Seven US states have now passed laws condemning or forbidden “BDS-type actions.”

State legislation targeting BDS continues to spread to more countries. A lawmaker in Georgia recently introduced a bill that mirrors legislation pending in six other states in an effort to outlaw government contracts with businesses that boycott Israel.

Martin Ritzmaier, spokesman for the mayor of Vienna, Austria, said on 26 February 2016: “We would like a cancellation” of the BDS events in the city-subsidized Amerlinghaus building. Ritzmaier added: “The city of Vienna rejects boycott calls against the State of Israel and BDS-Austria receives no funding from the city of Vienna.”

The counter-BDS movement grew significantly in the past year. So much so that BDS advocates felt the heat and started to employ intimidation tactics. On 19 February 2016, Bassem Eid, a Palestinian human rights activist from East Jerusalem was heckled and threatened by students and anti-Israel protesters at the University of Chicago for his opposition to boycott Israel.

On 6 March 2016, the Algemeiner published an extract of the “Fall 2015 Campus Trends Report,” produced by Israel on Campus Coalition (ICC). One of the most significant points is that there are signs of growing internal fractures within the anti-Israel camp. That is in line with my own perception while studying developments regarding pro-BDS and anti-BDS.

Noah Pollak, executive director of the Emergency Committee for Israel accurately described the reality, which began to emerge in the ranks of the BDS activists: “Radical political movements for years operate in obscurity, slowly building, organizing and growing through trial and error. Then they burst into the open and experience a thrilling period of rapid growth and notoriety. Their enemies are caught off guard and unprepared, and their activists feel strong, confident and on the winning side of history. Crucially, the radicals start to believe, emotionally and intellectually, that their victory is inevitable. But then the victories do not come. The enemy not only does not surrender, but also reorganizes, rearms and counter-attacks – and then it dawns on the radicals they are in for a long, bloody fight. What is likely occurring in the ranks of the BDS movement is the beginning of this phase, and the accompanying internal debate about strategy.”

Where does South Africa fit into the latest developments? The BDS movement in South Africa is active and very vocal. With their slogans and rhetoric they charm some ANC politicians, trade unions and even the South African Council of Churches in supporting their cause.

I also see a more realistic attitude at University campuses in South Africa regarding the BDS phenomenon. It could be that University management are sensitive for more aggression during Israel Apartheid Week (IAW), due to the “Fees Must Fall” campaign, but I am quite confident that some academics are beginning to realize that BDS is built on half-truths and falsehoods. It is rather discomforting that those academics took so long to do the necessary research.

My sincere hope is that we are beginning to see the early signs of implosion of the BDS movement. If not, we need to relentlessly expose them for what they really are.