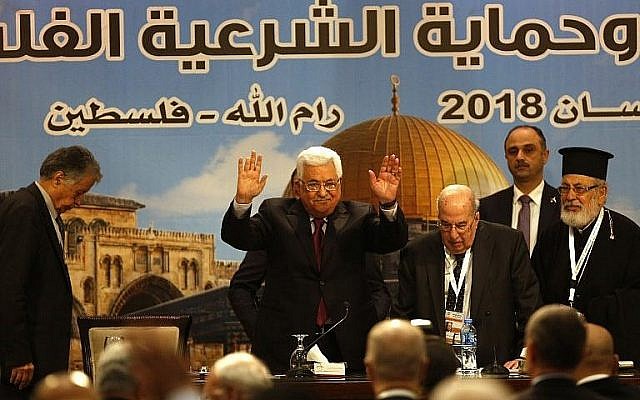 Anti-Zionists have developed a lexicon that is meant to make them sound decent and honest, but a translation into common English uncovers quite a different meaning. The following are common phrases that they use, followed by what they really mean.

“Abbas wants a two-state solution”: Abbas wants two Arabs states: one that is 100% Jew-free, and another that he can flood with descendants of Palestinian refugees.

“End the blockade of Gaza”: Let the Gaza terrorists have easier access to weapons.

“End the occupation now”: Give more land to terrorists so that they can attack Israel more easily.

“From the river to the sea, Palestine shall be free”: The destruction of Israel is our goal.

“I am anti-Zionist, not anti-Semitic”: I’m an anti-Semite, but I won’t admit it.

“I oppose Israel even though I’m Jewish”: I want to be accepted by my anti-Semitic friends.

“I support BDS”: I want to destroy the economy of the only Jewish state.

“I support Israel in the pre-1967 borders but not beyond”: Jews should live only in the area designated for them.

“If only Yitzhak Rabin was still alive”: I pretend to admire dead Israeli leaders so I don’t have to listen to living ones.

“Israel is an apartheid state”: I have no valid criticism of Israel, so I make stuff up.

“Israel is responsible for the genocide of Palestinians”: I’m really bad at mathematics.

“Israel is the real terrorist”: Jews who defend themselves are terrorists.

“Israel massacres Palestinian civilians”: I blindly repeat what I hear.

“Israel must take back the Palestinian refugees”: The Jewish state must be wiped out.

“It’s just pinkwashing”: Nobody can be genuine about supporting gay rights.

“Jerusalem is not the capital of Israel”: The Earth is not round.

“Jewish settlements in the West Bank are an obstacle to peace”: Arab countries cannot include any Jews.

“Lebanon needs Hezbollah to defend itself”: I don’t support peace between Israel and Lebanon.

“The Palestinians should not have to pay for the Holocaust”: I don’t care about the Holocaust, and Jews have no history in the Middle East.

“The state of the Jews behaves like Nazis”: My audience doesn’t know the facts so I can fool them.

“Without Zionism, Jews and Arabs would live together in peace”: I’d prefer if Jews lived as dhimmis under Arab rule.

Note added on July 19, 2018: The interpretation of these phrases is based on the assumption that they come from anti-Zionists. When they come from friends of Israel, they can have a different meaning, and they’re said differently. For instance, I am an admirer of Yitzhak Rabin, but believing that his presence alone would magically transform Palestinian terrorists into peacemakers is delusional.