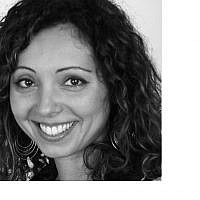 The Blogs
Lena Bakman
Apply for a Blog
Please note that the posts on The Blogs are contributed by third parties. The opinions, facts and any media content in them are presented solely by the authors, and neither The Times of Israel nor its partners assume any responsibility for them. Please contact us in case of abuse. In case of abuse,
Report this post.

Last Saturday, Europe witnessed two violent antisemitic incidents: the murders at the Jewish Museum in Brussels and the assault of two Jewish men in Paris.  In both instances, the victims’ “crime” – simply being Jewish. 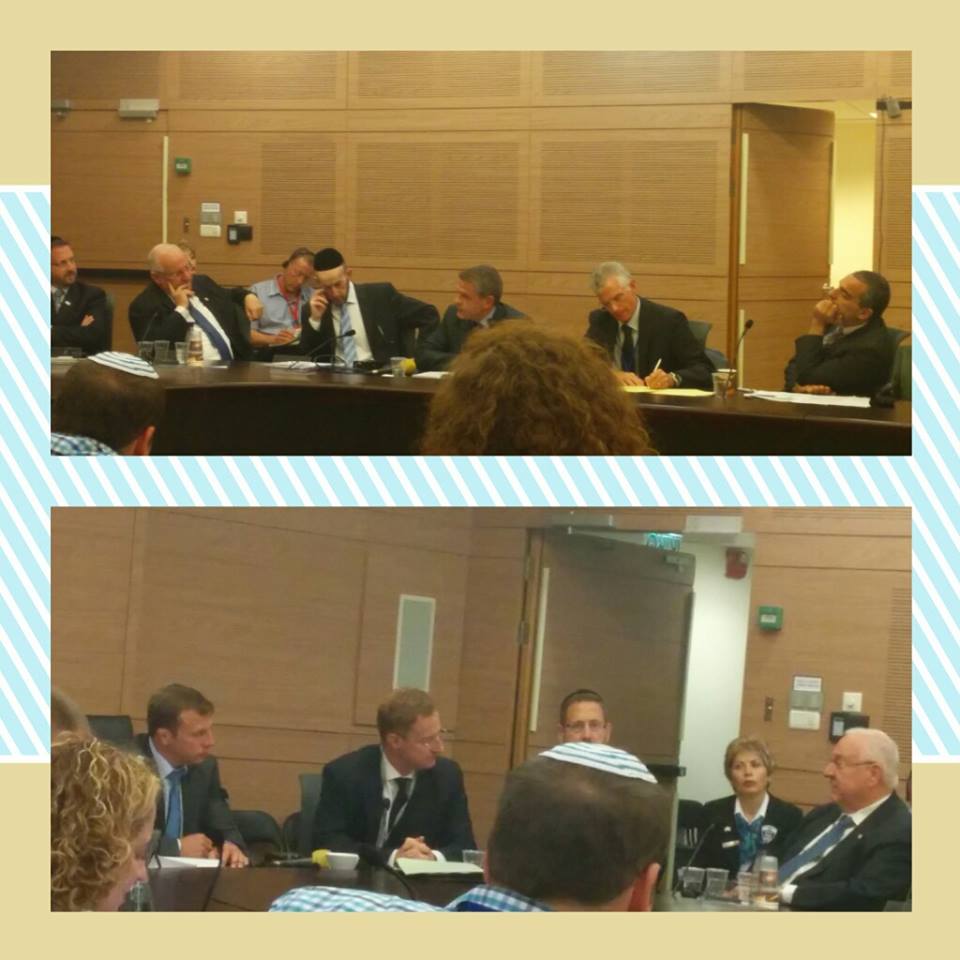 An urgent discussion held today at the Knesset on murders in Brussels with the participation of Belgian Ambassador to Israel, John Cornet d’Elzius, which stressed that Belgium is absolutely determined to fight antisemitism.

These incidents are only two recent examples of the growing antisemitism in Europe; in fact, they are an expression of the old antisemitism that has simply been lying dormant since it last reared its head in Nazi Germany, and on many occasions prior to that. While those who subscribe to modern day antisemitism will claim that they are not anti-Jews but rather anti the State of Israel, the reality is that there is no difference. These blatant attacks are just the overt expression of widespread antisemitism that often pretends to be “criticism of Israel” or anti-Zionism. This new antisemitism is the same old antisemitism manifested in a different form. There is no room for racism in 21st century democracies. It is time to demand from Europe to respect its own values with integrity, by fighting antisemitism, in all its form, more aggressively. Europe must wake up and see antisemitism for what it really is before it gets any worse.

Arguably, the new form of antisemitism began in 2001 at the Durban Conference in South Africa, where an army of NGOs (non-government organizations) declared a political war against Israel. Since then, the anti-Israel campaign in the form of the BDS (Boycott, Divestment, Sanctions) strategy was widely implemented by many human rights NGOs who are mostly funded by European governments. These NGOs claim to act for human rights agenda, but as NGO Monitor’s research shows, they employ the “halo effect” to hide their political agenda against Israel as a nation state for the Jewish people. The atmosphere of hate speech and demonization against Israel that is promoted by these NGOs creates an environment that fosters antisemitic attacks.

Another dimension of this campaign is the spread of BDS in churches, where, in some cases, antisemitic attitudes are again being masked as anti-Israel activism, as shown by NGO Monitor’s research on the “BDS in the Pews“.

According to the Anti-Defamation League latest survey, 24% of Western Europe population holds antisemitic views, and 34% of Eastern Europe populations share these prejudices. In Belgium alone, every third person holds antisemitic views (27% of the Belgian population). Many European Jews admit that they live in fear, afraid to wear religious garb, such as the kippah (head covering), in public.

Last week, I participated in a meeting of Hungarian Jews at the residence of the Hungarian Ambassador to Israel. Some young Hungarian Jews testified that they were assaulted in Hungary on the grounds of being Jewish. This antisemitism is now heightened with the rise of the antisemitic political party in Hungary – Jobbik, which has approximately 15% of the seats at the European Parliament.  When antisemitism reaches the political level, where politicians are in a position of power and influence to make public antisemitic statements, we are dealing with something that is not only disturbing but rather dangerous. Our not so distant past unfortunately attests to that.

At a “Europe Day” event, which I participated in two weeks ago on behalf of NGO Monitor, EU Ambassador Lars Faaborg-Andersen argued that the reason Israel is condemned far more than its neighbors in the Middle East is simply because Israel is a democracy. According the ambassador, there are expectations from a democracy to follow the rules of international law and to uphold values such as human rights. 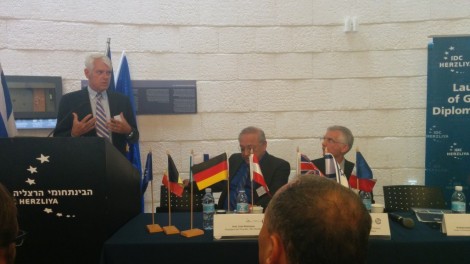 In that case, we should expect the same of European countries. Europe must fight the inhumane and horrible phenomenaof antisemitism, terrorism, racism, and violence. Unfortunately, verbal condemnation is no longer sufficient. Practical measures must be taken in order for Europe to preserve its own democratic values that it so desired to restore after World War II. Also, as mentioned above, European countries that fund political NGOs active in anti-Israel agenda and by that fostering the environment of antisemitism, should reexamine their relations with these NGOs.

If Europe is serious about upholding those principles with integrity, antisemitism should be defined as immoral, unacceptable and illegal act of racism in all European countries, and be implemented and enforced with clear guidelines. This is not about restricting freedom of speech. Rather, this is about defending the very basic rights of all human beings.

About the Author
Lena Bakman (Abayev) acts as an ambassador of the State of Israel wherever she goes. In her spare time, she does public diplomacy, is involved with Like for Israel and is an initiator of the Young Politicians group. She is also a member of the UNDP Interpeace Russian Project of the UN in Israel, a member of Nachum Goldman Fellowship program, a member of the ROI Community and an alumna of IVLP program from U.S. Department of State. Currently, Lena serves as the Deputy Director of Communications and Knesset Liaison at a Jerusalem based research institute NGO Monitor. Previously, she was working as a Spokesperson and Parliamentary Assistant to Chair of the Education and Culture Committee, Member of 18th Knesset Dr. Einat Wilf.
Comments