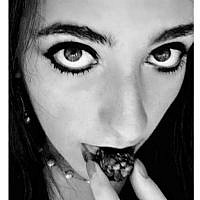 The Blogs
Vivian Hamui
Apply for a Blog
Please note that the posts on The Blogs are contributed by third parties. The opinions, facts and any media content in them are presented solely by the authors, and neither The Times of Israel nor its partners assume any responsibility for them. Please contact us in case of abuse. In case of abuse,
Report this post.

As a woman from Panama who made Aliyah few months ago—without any family—I must admit that maybe it was a slightly crazy move.

Some people come to Israel to live because of economic problems or anti-Semitism in their countries of origin. Some olim come here because God promised this land to Abraham. But I don´t consider myself religious, and Panama is a peaceful place for Jews, besides, nobody in my family or community lacked food or a job.

Back in Panama, nobody threatened me with exploding a bus or dropping a rocket on my head so I really had no need to cover my head and hide in a bomb shelter.

But that is not true anymore, because now I’m not just Panamanian, but I am an Israeli. I must be a bit insane to move to a country as holy as heavens but as hard as hell.

Although it´s hard, I’m tired of knowing about nonstop sanctions against Israel and comments about how monstrous the Zionists are. The president of the Palestinian Authority is attempting in the UN to make the world Boycott Israel again. It is hard to comprehend why liberal and left wing people who claim to defend the equal rights of all people and freedom but insult Israel’s decision to fight back against people who promise to wipe out an entire country just because they are not Arab or Muslim. It is hard to understand how the rest of the world criticizes Israel’s right to defend itself against Hamas and Hezbollah (aka. the poor victims).

I refuse to deal with people saying Jews should feel ashamed when they came out of the gas chambers just to put others in. I find it repulsive the way the ignorance shown by some media that keep playing the role of the judges in the trial of who is innocent and who is guilty when the “bad guys” in the story are the ones who hide behind a kid like a shield, to kill another kid,–a boy who probably just finished high school to start defending his country.

As a new Immigrant to Israel, I can compare places and I can see the flaws. And since I can do that, allow me to say that the world has no idea of how unique this country is.

Some critics of Israel say this place has an Apartheid system. Sure!!!!  But let me understand how this “apartheid” works, because my roommate is Ethiopian, and I live in an apartment with Russians and Israelis. My best friend is Spanish. My boss is English, and in class a Chinese lady sits beside me. I hang out with Americans, and my boyfriend is Dutch while his best friend is Venezuelan.

If that is not enough for a cultural and International salad, let me add that my neighbors on my floor are Arab students of the same university. Most of them are girls.

I wonder if in an Arab country I could do what they are doing—studying in a university with men from other religions— without getting  shot in the  head. We all carry books and want to be smarter persons.

I also wonder if I could get a Green Card, a French, Egyptian or Turkish passport as soon as I go down from the airplane if I decided to move there instead of Israel. I question if I can vote and I want to know if I can establish even one Jewish political party in Syria, like in Israel with the two Arab political parties “Raam” and “Taal”.

There is no such a thing as a great sailor without an intense uneasy sea and I am a free citizen on this ocean we call Israel.  I get to vote and all the international people that surround me also vote (including my Arab neighbors).

Israel is my encounter point with the entire world and the sometimes freaky sheep in the global herd because it gives water and electricity to the adversary. It also pays for the living of the ultra-orthodox people who sometimes burn the state flag and don’t join the army. I live in a country that has a First-world-class education and medical system, and it also recognizes the rights of homosexuals and women’s’ rights for equality and freedom.

I live in this so-called “killer country” that tried to make peace with the Palestinians by giving away the Gaza Strip in 2005 but keeps having to face terrorist attacks. Israel is a state that helps other countries when a catastrophe hits them and it’s so “intolerant” that they didn’t dare to blow up a church or the Baha’i Temple like the Taliban did with a Buddha Statue.

I want to be part of the country that always makes a difference and makes history. If that makes me inhuman and fascist, then fine. Viva the Damned Holy State of Israel!

About the Author
Vivian Hamui is a 21-year-old writer from Panama. Her first language is Spanish and she also speaks English and some Italian. She was a student at the University of Louisville and has worked as a social media community manager. She moved to Israel, starting over again as a student of Communications and Politics at Bar Ilan University.
Comments