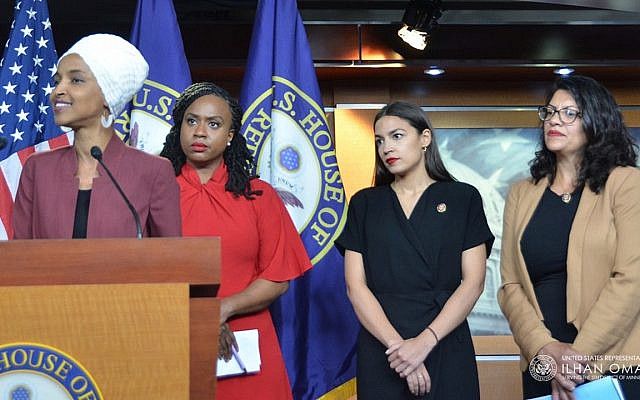 I caught myself recently thinking about the day when former Lebanese president-elect Bashir Gemayel was assassinated. It happened on September 14, 1982, but I didn’t hear about it until the next morning when I woke up and turned on the radio. I was devastated.

I was not a supporter of the party that Gemayel led nor of any of the parties involved in the civil war, but Gemayel promised peace, and he promised to unite the Lebanese people. After seven years of civil war, Lebanon looked like it was going to turn a corner under his leadership, making peace with Israel and making peace with itself. I hoped that he would deliver on his promises. His death ended all that.

Gemayel’s supporters responded by killing hundreds and maybe even thousands of Palestinians and Lebanese Shiites, most of them civilians. The worst of the massacres was the Sabra and Shatila massacre, which many Arabs cowardly blame on Israel instead of taking responsibility for the actions of Arabs: the murder of Bashir Gemayel and the revenge murder of civilians afterwards. The civil war went on for another eight years, but Lebanon has not recovered from that war yet. Today Lebanon is in a deep economic crisis, and its political system is paralyzed by the dominance of the criminal and terrorist organization Hezbollah.

The dominance of Hezbollah over Lebanon can be traced back to the Lebanese civil war which started with a conflict between Lebanese militias and Palestinian militias. If the Arab world, including Lebanon, had not rejected Israel’s declaration of independence in 1948 and attacked Israel, there would be no Palestinian militias in Lebanon. It is very likely that Lebanon’s situation would be much better than the dismal situation that it is in today.

For the people of the Middle East, the assassination of Bashir Gemayel and its repercussions are only one of many traumatic moments in the last few decades. Perhaps a quote attributed to former Israeli Prime Minister Gold Meir is the key to understanding why. The quote, which may be the most famous quote by any Israeli politician despite its contested legitimacy is as follows: “Peace will come when the Arabs will love their children more than they hate us”.

To many people, this short quote explains the Israel-Arab conflict better than anything else. I am of two minds on this quote. I know for a fact that many Arabs love their children more than they love or hate anything else. Also, we sometimes go to war even though we love our children above everything, because we know that if we don’t fight, our children will have no future and may not even survive.

On the other hand, I also know that in many cases, Arab decisions to go to war were not driven by necessity but by irrational hatred. The decision to reject the Jews’ right to self-determination is one such case. Israel’s independence did not displace any Palestinians. The Palestinians could have continued to live wherever they lived before Israel’s independence. It also did not prevent the Palestinians from declaring their own independence within their own borders as set by the 1947 UN partition plan. The displacement of many Palestinians and their statelessness occurred as a direct result of the Arab decision to reject the partition plan, to deny the Jews their right to self-determination, and to go to war.

That decision rooted in hatred of the Jews harmed the Palestinians immensely, but examples of Arabs living up the Meir’s quote are not limited to the past.

Lebanon still refuses to make peace with Israel even though it gains nothing from being at war. Lebanon even refuses desperately needed humanitarian aid if it comes from Israel.

Gazans, to which Israel gave total independence in 2005, continue to choose violence, forcing Israel and Egypt to impose a blockade, instead of choosing to build a state and an economy for themselves and their children.

Even among Arabs abroad, it is often easy to see how they prove Meir’s quote over and over again. A recent example is US Democratic Representative Rashida Tlaib of Michigan, a Palestinian-American, who vehemently spoke up against the Iron Dome Supplemental Appropriations Act. Tlaib knows that the Iron Dome is used to protect Israeli civilians against rocket attacks from Gaza, and she knows that if Israel can no longer use the Iron Dome, it will have to find other means to protect its civilians against those attacks, such as more frequent strikes on terrorist facilities in Gaza, resulting in more Palestinian casualties.

In response to Tlaib’s position, Republican Representative Chuck Fleischmann of Tennessee and Democrat Representative Ted Deutch of Florida accused her of antisemitism, but I would go further than that. Based on her opposition to the Iron Dome, it seems very clear that Tlaib is willing to accept more Palestinian casualties if it means harming Israel in some way. So, I would say that not only does Tlaib hate the Jewish state, but she hates it more than she loves her fellow Palestinians.

This virulent form of hatred is a cancer within the Arab world, within Arab communities abroad, and within the groups that support them, such as the far left of the U.S. Democratic Party. Some of the Arab world is starting to rid itself of the cancer. In 1948, not a single Arab country accepted Israel’s existence. Today, Israel has peace agreements with six Arabs countries: Egypt, Jordan, Bahrain, the United Arab Emirates, Sudan, and Morocco. It’s far better than in 1948, but it’s not nearly enough.

When signing the Oslo accords on September 13, 1993, Israeli Prime Minister Yitzhak Rabin said to the Palestinians, “We say to you today in a loud and a clear voice: Enough of blood and tears. Enough. We have no desire for revenge. We harbor no hatred towards you. We, like you, are people who want to build a home, to plant a tree, to love, to live side by side with you in dignity, in empathy, as human beings, as free men. We are today giving peace a chance, and saying again to you: Enough. Let us pray that a day will come when we all will say: Farewell to the arms.”

But sadly, nothing resembling Rabin’s words has ever been said by an Arab leader to Israeli Jews, not even by Egyptian President Anwar Sadat who was the first Arab leader to make peace with Israel. And yet, if anyone needs to say these words, it is the Arabs, and if they need to say it to anyone above all else, it is to the Jews. Arabs need to recognize deep in their souls, and they need to say it clearly: enough with war, enough with hatred, let’s live in peace as neighbors.