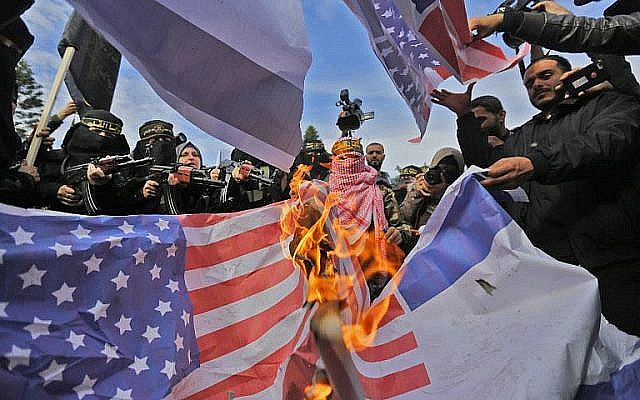 In defense of President Biden’s decision to restore aid, Congressman and chair of the subcommittee on the Middle East, Ted Deutch, tweeted that he welcomed the announcement, “The US has long provided assistance that contributes to the health, well-being and prosperity of Palestinians, and to the overall stability of the region. Our bilateral assistance is provided in accordance with all applicable US laws, like the Taylor Force Act. Despite my serious concerns about transparency and accountability at UNRWA, withholding assistance that provides healthcare and education to children during a global pandemic risks further deteriorating an already dire humanitarian crisis in Gaza made worse by Hamas. The Administration is committed to seeking reform of UNRWA and I’ll insist that they follow through on that commitment.”

Former Obama administration adviser Ben Rhodes had harsh criticism for people who stood against aid to the Palestinians, tweeting, “If you don’t believe that Palestinians should have a state, don’t believe they should become citizens of Israel, and don’t believe they are refugees, then there is a pretty glaring logic (and moral) problem.” Congresswoman Ilhan Omar tweeted, “Israel is a wealthy country that’s getting $3.8 billion a year from America. Yet their Ambassador has the audacity to complain about $150 million going to Palestinian refugees. Shameful.”

As a Jewish resident of Judea and Samaria (a settler in the West Bank) renewed aid to the Palestinians greatly concerns me. My neighbors and family have been and will be the first to feel when funds are misused – especially if they’re diverted for terror. As an American expat who still pays American taxes it frustrates me to no end that my own tax dollars have been and might now be used again to indoctrinate my Palestinian neighbors’ children to hate me.

As a Jew, a rabbi, and a humanitarian, I care deeply about all people. I maintain that all people are created in the image of God and therefore deserve our respect and help. I not only have no problem with Palestinians receiving American aid, I advocate for it. Palestinian leadership has embezzled funds and made countless mistakes at the expense of the Palestinian people. No one has mistreated the Palestinians as much as their leadership has – and the people need help to make up for it.

AIPAC highlighted the problem with providing aid to UNRWA at this time. In a tweet it wrote, “UNRWA remains in desperate need of fundamental reform. Its waste, fraud, resistance to reform and internal turmoil make it among the most inefficient UN agencies. Moreover, UNRWA’s misguided definition of refugees directly contributes to prolonging the Israeli-Palestinian conflict. UNRWA leadership utilizes the organization as a political instrument to attack Israel — including funding of anti-Semitic curricula inciting hatred of Jews and the Jewish state. The Administration and Congress must press for dramatic changes to negate UNRWA’s harmful impact on Israeli-Palestinian relations and enable the troubled agency to efficiently deliver appropriate services.” While Congressman Deutch did write he’d push for reforms of UNRWA, it’s backward accountability to give money and then press for reforms. It only makes sense to press for reforms before giving aid.

As if those arguments weren’t enough to inspire second thoughts of providing American aid to the Palestinians, over the past 25 years Palestinians have received over $38 billion (!!!) in aid. Where has that money gone? While it’s impossible to track where aid money given to the Palestinians has been spent, it isn’t difficult to ascertain that Palestinian leadership, including Mahmoud Abbas, is worth hundreds of millions of dollars (without ever owning a business). It is obvious that Palestinian leadership embezzles foreign aid meant for their people.

Currently, the United States government doesn’t have the ability to track its aid to the Palestinians – even when given to NGO’s outside of the Palestinian Authority’s direct control. A GAO report released on March 19th stated that USAID “did not consistently ensure” its grants given in 2015-2019 did not reach terrorists and terrorist groups. The GAO recommended that USAID “(1) verify prime awardees have procedures to ensure compliance with requirements before making sub-awards and (2) conduct post-award compliance reviews in time to make corrections before the awards end.” If the Biden administration can’t even track its funds, how can it give money to the Palestinians knowing it might be paying for terrorism?

Many Palestinians need humanitarian aid, and America’s values would normally direct American aid to help people in a similar situation to the Palestinians. Without proper assurances that the aid will go to help the Palestinian people now is not the time for America to give aid to the Palestinians. In addition to the concern over proper spending of the money, there are issues with UNRWA, pay to slay, and embezzled funds. The question the Biden administration and its defenders must answer is what objective could be worth risking American tax dollars supporting terror and hate indoctrination against Israelis?