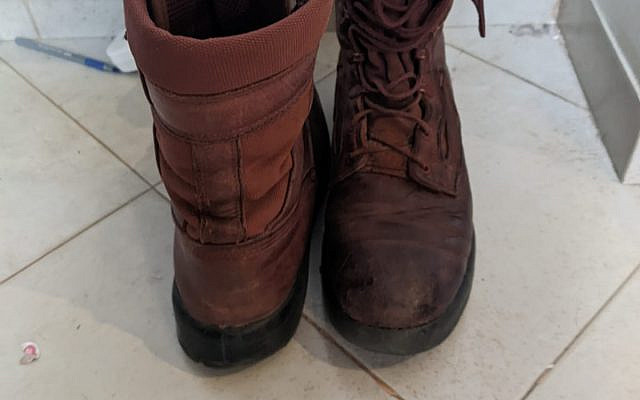 What stories would they tell?
Of the sleepless nights
The trainings
The missions
Do they feel my son’s rapid heart beat
As the jeep nears its destination?
As they go to their mission and perform
Their vital, holy work?

Do the boots feel my son’s slowing heart beat
As he falls asleep, head against the jeep’s window
A dreamless, heavy sleep
After so many sleepless, adrenaline-filled hours?

What stories do my son’s boots tell?
One facing forward
To his bright future,
So clearly tied to the future of his people, of his Am
To the responsibility he shoulders every single day
As he puts on the IDF uniform and boots

If the army boots at the bottom of my stairs could listen
Would they understand our never-ending pride?
Could they possibly understand our prayer
That they should envelop our son in a shield of protection
And carry him through to safety
And to our loving arms after each mission?

These boots, that tell the story of our people
Of our past, our present and our future
Of our pain, our work, our glory

If the army boots at the bottom of my stairs could talk
What stories would they tell?