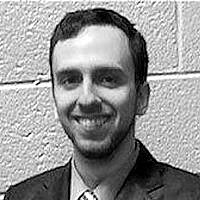 The Blogs
Alan Kotlyar
Apply for a Blog
Advertisement
Please note that the posts on The Blogs are contributed by third parties. The opinions, facts and any media content in them are presented solely by the authors, and neither The Times of Israel nor its partners assume any responsibility for them. Please contact us in case of abuse. In case of abuse,
Report this post.

Ask, Plead, Bribe, Threaten was an improv game I learned in my middle school drama class. These are the four stages of getting somebody to do something.

Since the vaccine rollout one year ago, American thought leaders have followed this path, first asking their fellow citizens to take the vaccine, then cajoling, encouraging, beseeching. At the third stage, we saw corporations like Krispy Kreme offer eye-catching incentives such as free donuts to the unvaccinated. Then, the language became threatening. “They’re killing people,” President Biden said regarding Facebook allowing “Covid misinformation” on its platform. Worse than the passive and ignorant vaccine refusers were the ones spreading and even allowing the spread of Covid misinformation. Those people, as our President said unambigouously, are murderers.

All the while, one quarter of Americans continued to resist, for whatever reason, the vaccine. Then came the mandate.

The creators of Ask, Plead, Bribe, Threaten forgot to include Mandate as the fifth stage in the cycle. Vaccine mandates around the country (and the globe) have gradually taken root across all sectors of society, from the local park district to the US Marines. After a year of frustration, the vaccine mandate now ensures that public spaces like restaurants, gyms, recreational facilities, are vaccine skeptic-free.

Meanwhile, nobody has answered the basic question– why are the unvaccinated not taking the vaccine– without demeaning their intelligence and disrespecting their choices.

There are those who are ideologically opposed to government authority and government coercion, and believe that they should decide for themselves what to inject into their bodies. Others like to practice an older form of natural medicine, or just aren’t afraid of getting sick. Many have gotten sick already and have natural immunity. Some people get more sick from vaccine side effects than from the virus. Finally, the most notorious of all– some are “anti-Science.” But what does that mean?

The vaccine-refusers are at a higher risk for illness, sure. But the vaccine-takers run the risk that the science behind the vaccine could be wrong. Vaccine-refusers aren’t so keen on running this risk. They believe the risk of a scientific flaw is greater than the risk that Covid could kill or harm them. They have the right. For most healthy people, Covid is little more than a flu. Today’s Omicron strain spreads from one triple-vaccinated person to the next. And we see plenty of examples from history where science has changed its opinion. Bloodletting used to be the accepted way to treat illness. Copernicus bucked the orthodoxy when he proposed that the Earth revolved around the sun. Just recently, scientists believed that eating fat led to obesity, and now the consensus is that fat is fine and sugar is the real problem.

In short, we don’t know much. The CDC changes its opinions all the time to account for new information. We’re all living through uncharted territory. Let’s be respectful of each other’s medical decisions, whether we are credentialed– and “following the science”– or not.

As public servants, we must take a more humble approach to our fellow citizens. Each one of us has our own set of personal experiences that inform us in making our own personal decisions. If you care about the safety of people, then start by talking to your family and friends. And when you do, listen to what they have to say. Don’t educate them, talk to them. God gave us two ears and one mouth. Let’s get that straight in our dealings with others.

Count me out when it comes to the vaccine pressure campaign. I believe in the dignity of every unvaccinated person, even though I’m fully vaccinated myself.

About the Author
Alan Kotlyar is an amateur Israeli folk dancer, singer, soccer player, journalist, language enthusiast, history and geography buff from the Chicago area. On the side, he makes time for teaching math and a master's program in Computer Science.
Related Topics
Related Posts
Comments