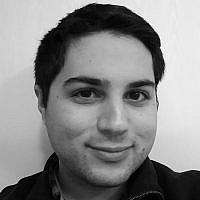 The Blogs
Asher Neuman
Apply for a Blog
Please note that the posts on The Blogs are contributed by third parties. The opinions, facts and any media content in them are presented solely by the authors, and neither The Times of Israel nor its partners assume any responsibility for them. Please contact us in case of abuse. In case of abuse,
Report this post. 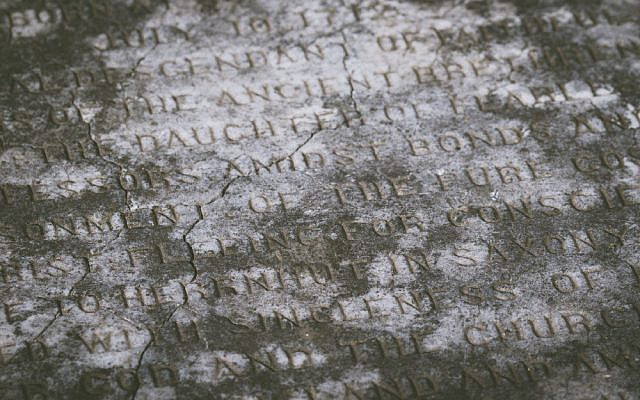 Photo by Jon Tyson on Unsplash

December 6th, 2020 marked thirty days since the passing of someone I immensely respected and looked up to as an indirect mentor- Rabbi Lord Jonathan Sacks, a pioneer in Torah thought and spiritual leader to communities around the world. His death was sudden.

When I heard about it through posts on Facebook on a Saturday night, the news shook me to my core. At first, it was a numbing feeling. He always felt around, but then, just like that, G-d took him back. Then the tears and the feeling of emptiness crept into the soul and froze it within me. I couldn’t write that night.

I watched the beautiful thirtieth-day ceremony, called shloshim, online with hundreds of people. Personalities of high regard spoke about his wisdom and actions over the years, from Princes to Presidents.

I stood there listening to the broadcast, washing dishes in my apartment as a thought entered my head. As always, when at a ceremony like this, I tried to figure out what my legacy would be. It’s my selfish tendency to believe that I not only matter but that millions of people will miss me when I’m gone.

It’s a fear that I’ve had for years- that when all is said and done, and I feel a deep, heavy sleep pass over my eyelids and I see the beautiful colors of the world with my physical eyes for the last time, that all of it was for nothing. I need to feel like I’ve left something behind. Kobe Bryant inspired millions to work harder, Steve Jobs made people innovate better, but what about me?

Every time I have to face death, I have the audacity to believe that I‘ll make something worthwhile enough to be noticed by history.

I will not dare blame the stories I heard over the years, of the rare instances when opportunity and talent converged to create legends like Walt Disney, Stan Lee and Steve Ditko, Rev. Martin Luther King Jr., Florence Nightingale, Elizabeth Cady Stanton, Satoru Iwata, Robin Williams, Albert Einstein, The Founding Fathers, Ruth Bader Ginsburg, Chester Bennington, etc. Those people were elevated by God to teach us about ourselves, to show us who we truly can be. They are our metaphorical beacons, and they shine ever brighter with the souls that join their rank. Rabbi Sacks now sits amongst them.

I don’t blame my parents, my schooling, or my religion, for trying to make me shoot for the stars. Each day in High School, I read two-thousand-year-old dialogues in the Talmud, where five-hundred-year-old commentators tried to make sense of it all and codify it into laws for the rest of us to follow. Every week, my Jewish community opened up a scroll, lovingly hand-written from a thousand-year tradition, and read the same words that my grandfathers read. Legacy has been engrained into my system for years, but that isn’t the problem.

I thought about it, mainly as I wrote this article on a whim, but I think I understand something now. Every time I wrote an article or posted something on social media, I secretly wished it would go viral. I don’t think I’m alone in this, but I believe we all really want to just be known to millions of people. We want to be recognized for our efforts, to believe that there’s some element of reciprocity in the universe and that the rewards are coming right around the corner. We’ll find the audience we think we deserve, get our dream job, find love, and find purpose in life, but it never comes. And it absolutely sucks.

For the longest time, I believed that if you put good into this world, you’d get some back in return. The question I had brewing came to include ideas of reciprocity, of what I might leave behind, and how I fit into my religion.

I first met Rabbi Lord Sacks in 2015 when I was in college, a very chaotic and complicated time of my life. He spoke to the students about challenges and how to work hard to achieve them, I think. All I remember was when he asked if anyone in the audience had tried to get a book published. I had finished my novel the previous summer (a really bad one at that) and was sending it to agencies, so I raised my hand. It was the only one in the air, and when he noticed it, people turned their heads at me.

“Ah, I see we have an author in the crowd,” He said, to my beaming face. “So, have you gotten any rejections?”

“Yeah,” I said. He smiled as we shared a personal moment together, not as student and teacher, but as writers. I felt like a million dollars.

“So you know how hard it is to try to get published,” he said, nodding his head before turning back to the crowd. We both dealt with rejection, though I highly doubt anyone would reject a manuscript from the Chief Rabbi of the Commonwealth. But it was something.

I didn’t know what I would feel in the following months would result from something I should have asked him about:

“How does Judaism approach the dread of anonymity?

“How do we fight the panic creeping to our throats every day that we may not be a Maimonides or a Jonas Salk, but rather just another person who lived, breathed, and passed away?

“What is the answer to why we all have the audacity to think that we matter, when statistically speaking, every single day brings us all closer to our demise, every single wrinkle on our skin another alert to our brains that the flesh it’s controlling won’t be here forever, and that most importantly, we all won’t become the legends we were taught about in life?”

I think the response he would give is something along these lines:

“It’s not about the life we live for ourselves, but for the lives of others. To reach out and affect those around us- stranger or not- is something even God couldn’t accomplish without humans. The mind tends to play tricks on people, forcing them to believe that they aren’t good enough while they are capable of so much more in reality. All we can do is strive to reach at least one person.

“We don’t need to save or inspire everyone, but every positive action done in this world yields incredible effects.

“Judaism isn’t about who is learned in the future; it’s about the collective understanding of the text we received from God. With that understanding, we can take that and shine a light on the bigger issues. Sometimes, we may feel alone in our endeavors to make the world better, but that’s not true. No person got to where they were by themselves. It’s all about the people who care for you and lift you onto their shoulders. It’s a communal effort to change the whole world. Therefore, each person matters in the endeavor to fix it. ”

He’d probably tell me about hope, which was one of the phrases I remembered him talking about in his books, CDs, and recordings. He always liked to differentiate between optimism and hope:

He’d tell me that there’s no such thing as a “void” or “demise” in Judaism. We believe that God is a part of every one of us, that there’s no reason why we should think otherwise.

Religions are the structure of our common life. In their symbols and ceremonies, the lonely self finds communion with others who share a past and future and a commitment to both. In their visions, we discover the world of un-self-interested action, and find, in the haunting words of the Rabbi of Kotzk, that God exists where we let Him in.

Being Jewish my whole life, those words would probably comfort me as they do now. Rereading them has made me feel like I have a lot more work to do.

Where what we want to do meets what needs to be done, that is where God wants us to be.

Now, I’m not saying that you need to be Jewish in order to assuage your fears. There are many ways for people to find meaning, but the answer is clear; human beings are not solitary creatures. Logically, being a part of a greater collective, our unique skills must be needed in order to propel society forward.

We all believe we can change the world because we CAN.

It’s not just about ourselves; it’s about bringing people together on a path towards a better future.

The audacity of legacy is about finding a balance between what we want and what the world needs from us. We all can’t run countries or create multi-media empires, but we hold the beliefs and hopes that together we can make a better world.

When we complete our mission, we’ll realize that it really did take all of us to finish it. Every single person did something to make the world better, but we all have the chance to accomplish more. That’s what I learned from my teacher.

We’ll find our purpose. For now, we’ve got work to do.

About the Author
I'm a writer, life-long Jew, aliyanik (made aliyah in 2019), and currently working as a freelance content writer.
Related Topics
Related Posts
Comments