While scanning old family photos recently, I found one of me around age 8, stuffed into a sports coat and bow tie. Flipping the photo over, I saw that somebody had jotted on the back, “Fat little Jew.”

The comment jolted me. Although I grew up in the only Jewish family in Mission, Texas, I never encountered overt or even implicit anti-Semitism. I found admiration, curiosity, bafflement over the Jewish response to the Christian Gospel, but nothing like being called a fat little Jew.

I didn’t recognize the handwriting. I’ve scanned the photo and the back so you can judge for yourself. I’ll concede the upward angle of the photo is not flattering, but, really, fat little Jew is a little unfair. 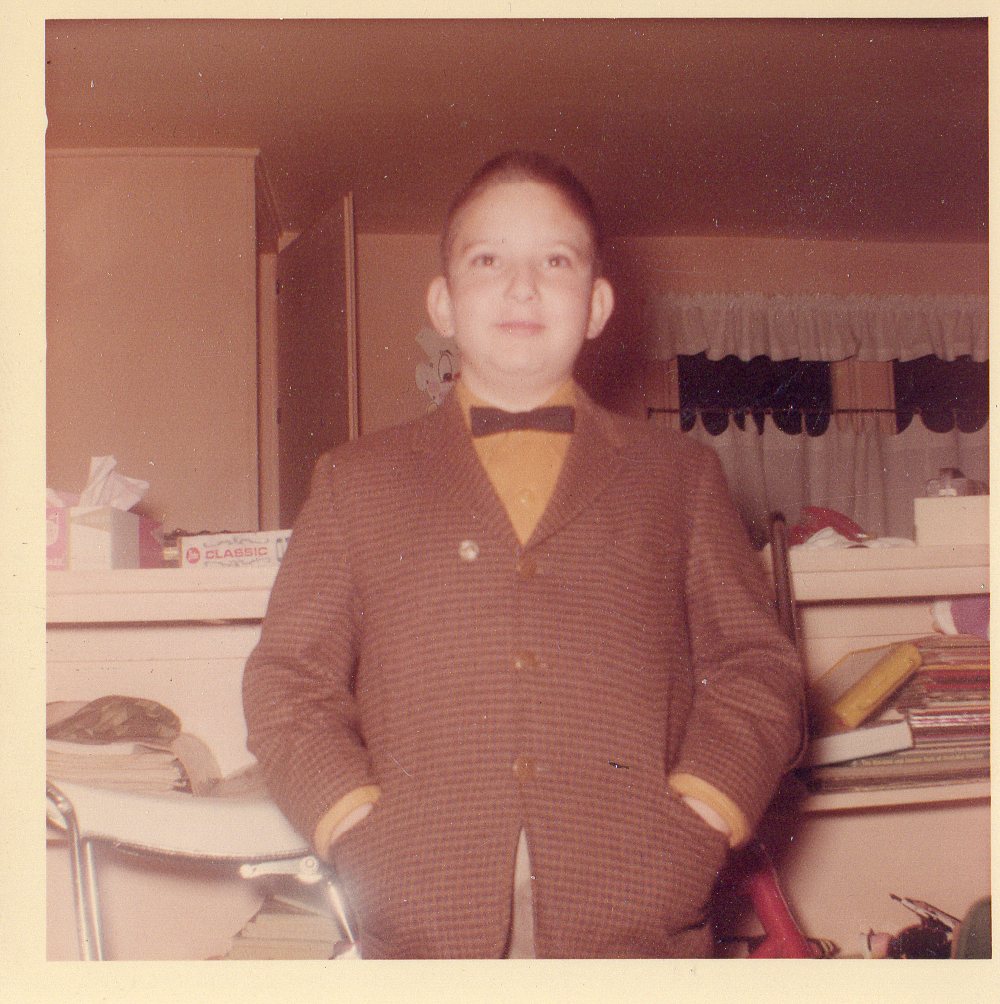 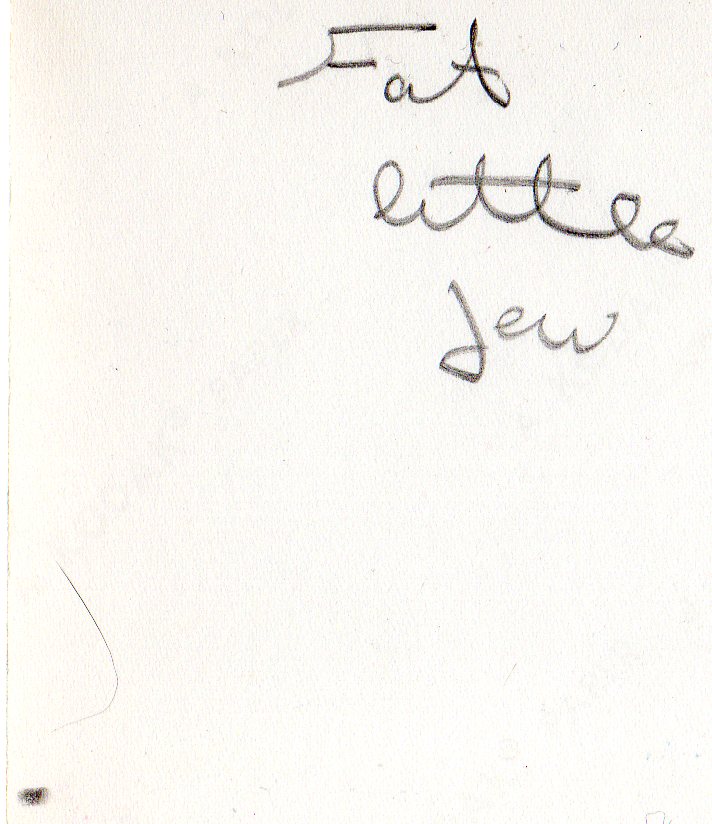 I thought back to 1965 to conjure up who had access to the photo and wanted to make that pithy observation. My mind’s a blank. No scenario can line up the three factors of motive, means and opportunity, as the crime investigators say.

Surely the person knew that I didn’t even know what being Jewish meant, since my family never went to the nearest temple in McAllen, and my brother and I actually attended a Southern Baptist church. No seders. no Hanukkah, no Rosh Hashanah. no Hebrew School. We had a menorah, the Union Prayer Book and a bottle of Manischewitz wine in the refrigerator as signs of Jewish awareness, and that’s about it for my childhood. We tried hard to blend in and not be visiblyJewish but — as a deluded segment of every generation of Jews discovers — even the lowest profile can never be low enough to satisfy those intent on spitting out their irrational bile, even on an eight-year old kid.

A half-century later, the photo provides a teachable moment. It gives me a visceral and personal share of the anger felt by other Jews now targeted by the college jihadis, swastika scribblers, the Zionist-privilege flyer freaks, and violent brownshirts of the left and right. I will always have my personal reminder of what’s out there, ready to pounce, no matter your age or the level of flight from Jewish identity.

I really wish I could find and talk to the person who called me a fat little Jew. Odds are the person is dead by now. I’d ask what malice led him write that, and whether he made a habit of skulking around Mission writing twisted comments on photos. I’d also brief the person on my life since 1965 — I grew out of the pudginess, left the church, got married in a Conservative synagogue, made sure my son had a bar mitzvah and learned some Hebrew, and will be visiting Israel for the second time this May. Want to say something about all that?

So, to paraphrase the well-known outlaw-country singer and Jewish philosopher Johnny Paycheck. “Take your Jew-baiting and shove it.”

Davening well is the best revenge.

About the Author
Van "Ze'ev" Wallach is a writer in Westchester County, NY. A native of Mission, Texas, he holds an economics degree from Princeton University. His work as a journalist appeared in Advertising Age, the New York Post, Venture, The Journal of Commerce, Newsday, Video Store, the Hollywood Reporter, and the Jewish Daily Forward. A language buff, Van has studied Spanish, Portuguese, Russian, Yiddish and Hebrew, although he can’t speak any of them. He is the author of "A Kosher Dating Odyssey." He is a budding performer at open-mic events.
Comments