I hear the chanting from downstairs. It’s the Torah parasha for that week in January when he will celebrate the big event. The words do not exactly roll off his tongue but he’s a disciplined guy and with practice it will be as it should be.

Here stands the bar mitzvah boy. The misfortunes of adolescence, the pimples, the changing voice from soprano to tenor or baritone and the approaching, but as yet unarrived growth spurt, are all absent. This celebrant is abundantly gray haired adorned with wrinkles, not pimples. And his loving parents are not here to rejoice at the event.

He’s not writing a speech on becoming a man. That speech was delivered 70 years ago. Was it stirring? I really cannot say since I wasn’t present. Many others were, but this time around it’ll just be me and the zoomers. You’re, of course, invited. With God’s help this will be his virtual second bar mitzvah.

He’s a descendant of some famous rabbonim, so, with the weight of that on his mind, he’ll do a perfect job. He’s a perfectionist in everything anyway. How did I choose so well when I was a mere 17, married at 20, forever.

The boy is now approaching 83. Not only a man but quite an old man at that. Did he ever think in those years behind him that, in his dotage, he’d not only celebrate becoming a bar mitzvah round two, but that he’d do it in the midst of a pandemic. No, I know he didn’t. He had in mind something grander, not elaborate, not gauche, but at least a kiddush with his fellow congregants and our family surrounding him. Sharing kisses and candy. There would be flowers and a catered by me meal. We’d be spiffily dressed and he’d have a fresh, professional (not done by me!) haircut. Probably a new suit and a tie, if he could remember how to tie it. It’s been a long time.

I had already, years ago, thought of the menu; something similar to the Brooklyn shtiebel menu all those years ago. Call it retro. Manischewitz for the wine. Herring (which I have never ever served before) and egg kichel, which my mother used to call eya kichel, and those marzipan multi-colored little cakes which he adores. We would give no ayin ha ra on reaching this moment since the evil eye can follow one everywhere, even to the celebration of a second bar mitzvah, even in the midst of a pandemic; but we would recite Schehechaynu and shed a tear. After all the road to the celebration was filled with stumbling blocks like sickness, war, and the dangers of daily life. Life is always a bumpy road.

We will have an invite list of course. They’ll be that newish concept, evites. No calligrapher and no stamped response cards. No seating charts and no photographer. Simple. We’ll scratch the food from the “to do” list. Everyone can prepare his own.

The guest list will not be as extensive as it was in 1951. Most of those guests are long since gone. They’ll be remembered of course and the shadows of their joyful presence at the first bar mitzvah will resonate, even in their absence. No, this time we’ll be looking forward to sharing with the newer relatives, those unknown to the original guests, our great-grandchildren, our grandchildren, and our children and their spouses who have become ours as well. Among this group will be three rabbis who will praise the boy for his adept reading and listen intently and respectfully to his d’var Torah.

If and when I speak I will tell all of those attending that this is no ordinary guy, that I was a wise and precocious teenager who recognized his goodness and kindness and talents and never, for a single moment in the years that followed, regretted the marriage. It’s obvious to all that he’s very smart but he is also very gentle and very loving. I am a challenging wife. We can all agree on that. But never did I doubt his devotion to me or our progeny. I married very well indeed!

And so, for all the world to know, I want to be the first to wish a mazal tov, from the depths of my soul, to the man I love as he reaches this special commemoration. His name is Elya Chaim ben Baruch and Fayga.

May we, all of us, look forward to his third bar mitzvah!

About the Author
Rosanne Skopp is a wife, mother of four, grandmother of fourteen, and great-grandmother of two. She is a graduate of Rutgers University and travels back and forth between homes in New Jersey and Israel. She is currently writing a family history.
Comments 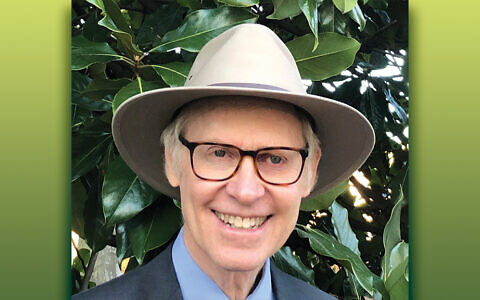 Religion and science have seats at the seder
Joanne Palmer 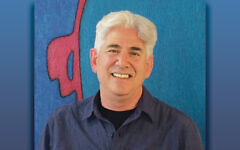 An artist’s journey from slavery to redemption
Joanne Palmer 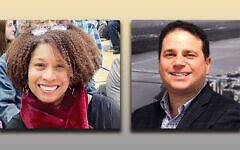 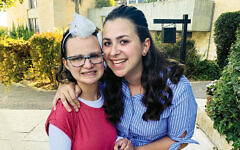 It’s not bad to be different
Joanne Palmer 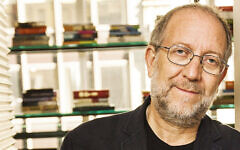 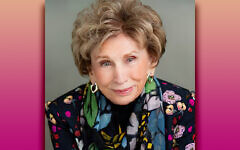