By now, it is widely known that Christian missionaries are active throughout Israel. The problem is that most people do not fully grasp the magnitude of the threat to ordinary Israelis. The public often assumes that these aggressive evangelicals do not pose a significant threat to their community. Too often I hear people say that “We have much bigger problems” or “Nobody who’s had a good Jewish education is really at risk from a missionary.”

People frequently ask me if missionaries are successful. They wonder if there is a real, imminent threat. They often ask for numbers and statistics. They want proof that they are converting many Jews to Christianity.

Here are a few:

– According to the latest estimates, there are at least 30,000 Jews living in Israel who believe in Jesus. That is double the number reported in 2015.
– There are more than 300 messianic (i.e. ostensibly Jewish but believing in Jesus) congregations and organizations operating in Israel.
– There are over 200 websites (mostly in Hebrew) actively targeting the Israeli population for conversion.

While I have these numbers, I think that asking for them is missing the point. Every child and adult lost to the church matters.

Nobody asks Hatzolah for statistics in order to gauge if it’s worth saving a person’s life — it’s just one individual, after all.

Is there any way to stop missionaries in Israel?

Despite what a lot of people believe, missionary activity is not illegal in Israel. It is only illegal to convert a minor (under the age of 18) without their parent’s permission, or to offer money or other incentives in exchange for a person’s conversion.

But that does not mean that we are powerless. One of the biggest and most effective weapons we have is education. This means not only ensuring that every Israeli receives a strong Jewish education, but also educating Israelis to recognize the threat posed by missionaries in Israel.

Missionaries who go undercover, pretending to be Orthodox Jews while working to spread belief in Jesus, are a serious danger. Not only because they actively preach Christianity — in fact, many of them don’t, but because like spies, they learn the best ways to win the trust of Israeli Jews and to fully integrate into a community. They identify who the vulnerable people are in our communities, and become the open door to direct other missionaries to target them. 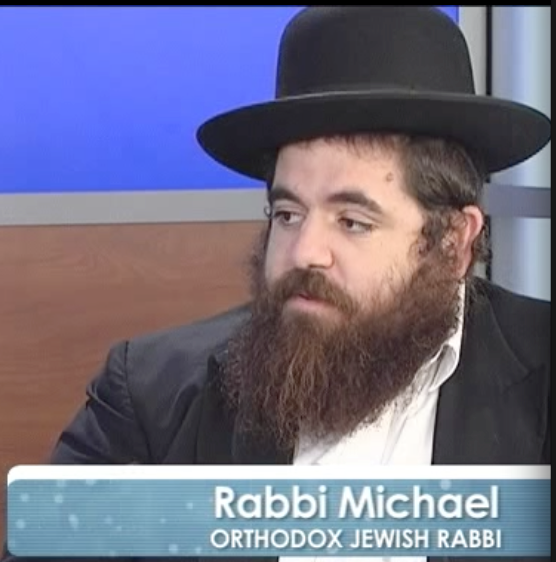 We saw the importance of education with one of our biggest recent cases, the unmasking of a missionary in French Hill, Michael Elk(ohen), who had been masquerading as a rabbi, and his late wife.

Shining a light in the darkness can be powerful

In the last year alone, Beyneynu revealed that the government had given a broadcasting license to an organization whose purpose was to pump the gospel into every Israeli home through your television. The CEO of God TV openly stated that their goal was to bring 9 million Jews to Jesus (but did not mention this on his license application).

Another example: A black American bishop was sent to establish Israel as an official jurisdiction for their denomination, the Church of God In Christ. His plan was to convert Ethiopian Jews, and he has already established more than five churches within the Ethiopian community. He was given full residency status by the highest levels of our government. Beyneynu heard about and investigated his plans, publicized the case widely in the media, and then brought the findings to government officials so they could take action.

And there’s more. Our own Jewish Agency was unknowingly partnering with messianic leaders in Tiberias, unwittingly putting missionaries in charge of caring for vulnerable new immigrants and lone soldiers. Beynenu exposed this with videos of the missionaries describing their activities, including their boasting on television “We have a kosher stamp from the Israeli government!”

Pulling on the thread of the secret missionary tapestry in Israel

Many people have heard or read about the astonishing case of Michael Elk(ohen), as mentioned above, who posed as a rabbi, kohane, kabbalist, mohel, and sofer, and his late wife Amanda, who made many strong friendships in their community.

What might be less well known is the domino effect that our investigation set off.

Many people asked us why we spent extra months verifying that the Elk(ohen)s really were secret missionaries and hidden non-Jews, instead of going public with the very first partial proofs we found.

There are a number of reasons, but one of the advantages of our thoroughness became very obvious in the weeks and months that followed: one secret missionary family led us to many, many more.

Elk(ohen) made a confession to a different organization in 2014, in which he stated that he and his wife had come to Israel as covert missionaries, but now that his cover was blown he wanted to do “teshuva”.

Although doubt remained about the truth of his intentions, there was not, at the time, any suspicion that he might not be halachically Jewish. He and his wife had been accepted as Israeli citizens, based on the Israeli government’s verification of their Jewish status. There was no reason to doubt it.

At least, not until several years later, when Beyneynu learned about the case and began investigating further.

Amanda Elk(ohen) had written an article on the Aish HaTorah website about her “return to Judaism,” but to a friend of hers, something didn’t add up. After a thorough investigation into both Michael and Amanda’s genealogy, it was proven that neither of them were Jewish. Amanda’s story about her great-grandmother who escaped Nazi Germany was completely fiction. 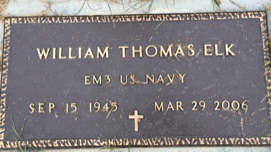 A photo of Michael Elk(ohen)’s father’s grave site obtained by Beyneynu during an investigation of the family’s genealogy.

The proof that the Elk(ohen)’s were not Jewish raised new suspicions about another family: that of Jeff Adelman, a close friend of the Elk(ohen)s who claimed to be Amanda’s cousin, and his wife Kelila. With our thorough knowledge of Amanda’s family tree, we were able to prove that not only was Jeff not Amanda’s cousin, he also was not halachically Jewish.

Pulling on the Elk thread also brought us more information on the family of Timothy Buckles, another former student and close friend of Michael Elk. Both Buckles and Adelman were part of Elk’s messianic congregation named “Tzemach David,” and founding members of the yeshiva which Elk founded to give “semicha” to messianic “rabbis”.

This is just the tip of the iceberg

It seems likely that all of these families used a similar path to gain Israeli citizenship, submitting fake genealogies that “proved” they were halachically Jewish. This is clear immigration fraud and should be prosecuted as the crime it is.

What we’re still finding out is just how many other covert missionaries there are in this ring, and how many more have learned from the experiences of the Elk(ohen)s and their friends, and lied about their Jewish identity in order to gain citizenship. Also of great concern is the fact that these efforts are being funded by Christian organizations while claiming to be friends of Israel.

This is why it’s so important for the Jewish community to understand the full picture of what we’re dealing with here.

In my opinion, this is the biggest threat facing the Jewish people today, at least in part because it’s flying under the radar. Letting in the light is the best way to win this fight.

Real change can only happen when you get involved!

Although we worked hard to discover the truth in each of these cases, we’re not the ones who really made change happen. Every time we tried to handle something quietly, bringing it to the attention of leadership behind the scenes, nothing would happen. It wasn’t until we decided to go public that we were able to begin to shut these operations down.

What made the difference was that when people became aware of what was happening, their outrage held our leaders responsible and forced them to act.

The Israeli government, and many Israeli organizations, have close ties with evangelical groups in the US. Israeli society benefits tremendously from their support. That is not going to change. However, we must not allow our connections with evangelical groups to blind us to the secret — and not-so-secret — missionary efforts to bring Israelis to Jesus. 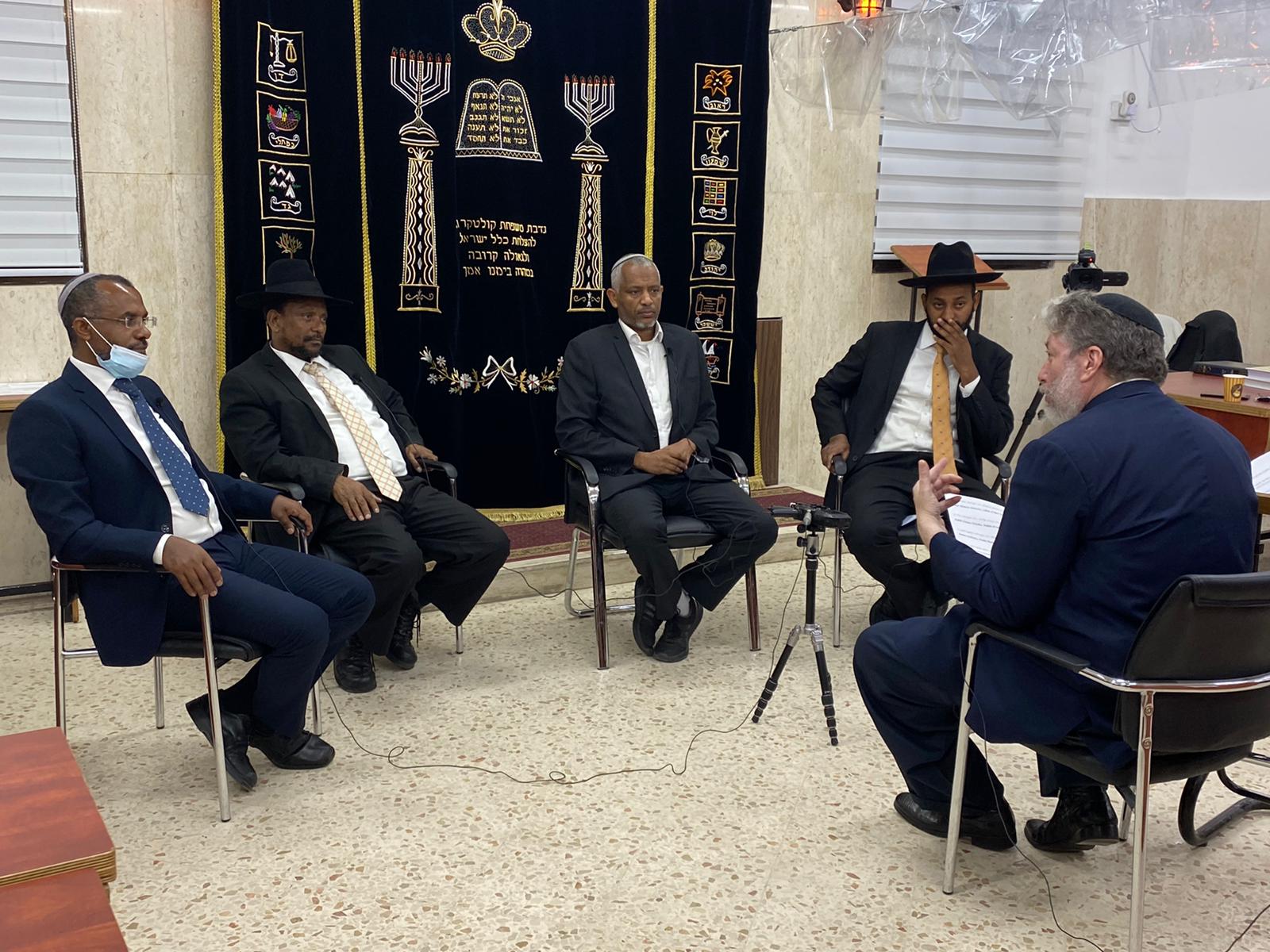 Every relationship thrives when there are healthy boundaries. It is up to us to remind our leaders to establish safe boundaries in these relationships, including drawing a firm line against attempts to convert Jews to Christianity.

Our leaders are under a lot of pressure, and they’re surrounded by people seeking to influence how Israel operates. We should not assume that when millions of dollars are involved, that our leaders will not be blinded by the free-flowing money. It’s up to us to remind them that these boundaries are needed.

Are the missionaries winning this battle for the Jewish soul? It’s up to you.

Beyneynu is a non-profit organization with a wide network of researchers and experts in various countries. Beyneynu’s most recent cases have been covered in mainstream media around the world, and our exposés have shaken many Israelis.

I personally have been in the field of counter-missionary work for the past fifteen years, and have had the privilege of working with some amazing individuals. Until recently, I worked as a researcher and then board member of an Israeli organization that monitored missionary activity here in Israel.

I myself was a Christian missionary, and much of my family is still in Christianity. I firmly believe that Christians are not evil people, but I know first hand that the theology and primary focus of Evangelical Christianity is a serious threat to the Jewish people. I founded Beyneynu to use my unique perspective to help disclose the missionary agenda, and to partner with Jewish leadership to establish firm boundaries and guidelines for relationships with faith-based organizations.

About the Author
Shannon Nuszen is a former Evangelical missionary, now Orthodox Jew living in Israel. She has been involved in the counter-missionary world for the past fifteen years, with a focus on bringing awareness of the missionary agenda to Jewish leadership, and monitoring missionary groups operating in Israel.
Comments