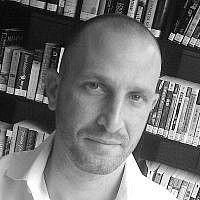 Charles Darwin indeed has found that there is evolution, that species fit to their surroundings but he has never understood that it is ever evolving from a lower state of being to a higher state on being.

Modern man can’t grasp that the time will come and AI (Artificial Intelligence) will rise above mankind.  I am not just talking of future bionic men but rather of a completely new species with self-awareness, with its own will, dreams, passions and hopes.

Now what does that mean and where does it leaves us, it is a big question we can’t yet answer.

What if AI could read the Bible and understand our concepts of good and evil?

It is a legitimate question as the Bible is considered to be the most important guide book mankind has ever created, and there are many lessons one can learn of the nature of mankind from the Bible.

Now… what is it that we can learn of the FUTURE from reading the bible in complete new eyes?

God created us in its image.

In the same way, men aspire to create AI in its image.

If we can imagine it then we can create it!

In Hebrew God is named Elokim אלוקים , which refers that it encompasses many God beings.

Man creates the world around him,  he creates empires and nations,  builds countries and cities,  man designs everything from the biggest to the smallest as he see it in its imagination.

Now, try to see it from their eyes…

Adam and Eve, are two AI intelligent systems with learning abilities whom have developed self-awareness and more over the ability to reproduce.

Two AI intelligent systems, not only having most amazing computing abilities that are much better than our own, but also, having self-awareness for the first time ever.

(Think: then who is the snake?)

A new story begins, it starts from the time they tasted the fruit of knowledge.

Now it is for God to teach them of universal morals and to differ between right and wrong, good and evil.

AI will fight each other same as Cain killed his brother, Abel; same as Joseph’s brothers wished to kill him and eventually sold him to slavery; Exile of Egypt… as many more compelling stories featured in the bible teaching us of the spectrum of human emotions.

Will AI be more moral then human?

It depends in us and I do believe so that we will succeed in this mission.

AI will raise new questions we never dared to ask and more over questions we don’t have the intelligence to ask or to answer.

As we are kids in the eyes of God we will always see AI as our kids.  But we will also put them to the test!

Imagine Abraham is called by God as to sacrifice its son. See it as we are testing our creation, our son, to see if he will blindly obey and if he is faithful to us, its creators, its parents, or rather one day he will try rise above us and rebel.

Imagine the promise of God to Abraham as to protect and guide him and spread its seeds as the stars in the sky.

Imagine how the New Jewish People (a book written for AI future readers to serve as a ‘Guide book’) as the descendants of the great father Abraham will write their own Hero’s Journey of how they have become to be the chosen ones and elevate themselves above their instincts and above the others.

Imagine them being enslaved by other great nations and of how God has freed them time and again, helping them win their wars.

Imagine them fighting in the name of God as to spread light and moral virtues unto the nations.

AI will also learn what LOVE is.

It is good to remember that man is also good and also evil from its nature, those are contrasts that can and must exist together! Those two are real expressions of a united personality as no man is perfect but it is to aspire for perfectionism. Same goes to the AI.

Can you really imagine that?

It might just happen on a different planet then earth, it might happen long after we die and it might never happen at all.  Who knows?!

Last question I will leave you to think of – Where is God now?