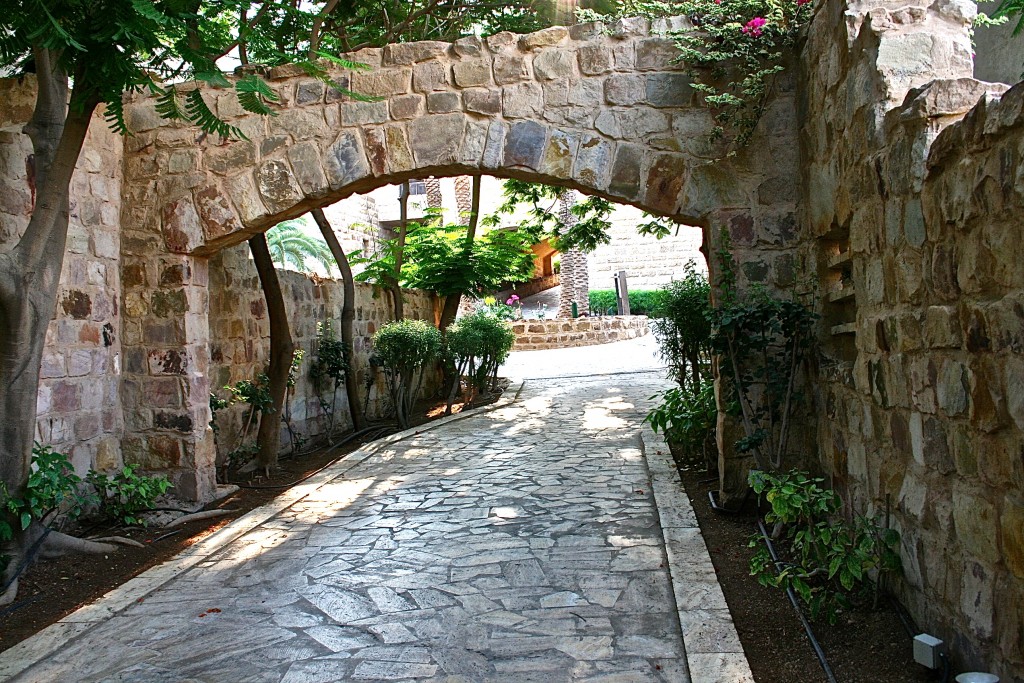 When will the people in Israel — Palestine greet each other with: “Welcome home”?

What if, in the beginning, the Jews entered the ‘Land’ with humility, recognising and honouring the indigenous people of Palestine, like the Biblical Abraham? We cannot turn the clock back. But we can move toward a better tomorrow. There are good people. There are bad people. Good people on all sides can learn to get along. Bad people can’t. Of course, the good can become bad and vice versa because we all have the good, bad and ugly within us. Which we choose defines who we are. Right now, and for too long, the bad people in the region hijack the good people, a minority tyrannising the majority. Most people – the majority – in the Region want peace. But it is fear that keeps them apart.

There is a good side to the Israeli character. For many, certainly for my mother, the concentration camp has also been a breeding ground for compassion and tolerance. Once my late mother said: “We were more human in camp … we cared for each other … our lives were falling apart yet we fell into each other during moments of greatest suffering…“ Where are the true Israelites, those who are compassionate and caring, filled with a spirit of generosity and kindness?

Wouldn’t it be an ironic twist if all the indigenous people in the Region were genetically connected to any of the twelve tribes of Israel, the Israelites, God’s Chosen? And even if none of the Palestinians carry the DNA of the original Israelites, certainly God’s DNA prevails in us all because we are created in His image. And in God’s image, we are more invisible than visible. Shouldn’t we then seek to understand the other?

Why does the Israeli-Palestinian Feud, the defining feud of our times, enrapture the world? Could it be that our hearts belong to a New Jerusalem, that Shining City Upon a Hill? Perhaps we all carry the DNA of the original Israelites inside our souls to become a light to all nations. We know how many seeds are inside an apple. Only God knows how many apples are in one seed.

The Region is meant to be shared because The Promised Land (Hebrew: הארץהמובטחת‎‎, translit.: Ha’Aretz HaMuvtahat; Arabic: أرضالميعاد translit.: Ard Al-Mi’ad) is the land which, according to the Tanakh (the Hebrew Bible), was promised and subsequently given by God to Abraham and [all] his descendants. Abraham is named by God to mean “father of a multitude of nations”. Abraham’s legacy was that he lived a life filled with profound courage and moral imagination. He shared the Promised Land. And humbly, Abraham persisted on paying an honest price for his grave, which was much more than what the indigenous people wanted. They intended to present the land as a gift to one whom they revered. The most preponderant lesson to be learned from the Biblical Abraham is that in his blind ambition to obey, God stopped Abraham to kill in His name.

So what is it that the people of Israel – Palestine really want as affirmed by the Jerusalem-based Israel Democracy Institute and the Ramallah-based Palestinian Center for Policy and Survey Research?

BOTTOM LINE, most Israelis and Palestinians want to be safe from ‘terrorist’ attacks, especially state terror. Most Palestinians worry more about jobs than about territory or borders. Most people on all sides want little more than for the other side to leave them alone.

Before they are willing to break bread with the other, they would first want to put bread on their own tables to take care of their families and to raise their children. Everyone deserves to be happy. Everybody wants to wake up to a more fulfilled life. On all sides of the Divide, people do their best to provide food, shelter and education. Jews, Christians, and Muslims everywhere whisper the same daily prayer: ‘take care of our children’.

Many work their hammer to forge steel, to shape something that lasts. Others pick up their hammer to shatter glass, to harm, injure and destroy. We are all challenged to choose either of these two options, day in and day out. Israelis and Palestinians must reclaim their guiding principles and fundamental beliefs derived from the Sacred Texts: “love your neighbour,” “love the stranger,” and “justice, justice shalt thou pursue”.

Sooner than later the people of Israel – Palestine can and will be Living Together, inside ONE Home Land within TWO borderless states (zones), their ONLY option. Will the people of Israel – Palestine take up the challenge and converge toward a series of catalytic possibilities? The alternative will inevitably result in more cataclysmic calamities. “We cannot give up on the search for an end to this conflict,” says President Barack Obama in his response dated 16 August 2016 to my letter.

During the long history of propaganda battles between Zionists and Palestinians, each community has perpetrated pain and suffering against the other.  Rabbi Michael Lerner, author of ‘Embracing Israel/Palestine’ states: “both sides have made and continue to make terrible mistakes. Yet the choices of both sides are also understandable, given their perceptions of their own and the other’s situation”.

Rabbi Lerner continues: “as long as each community clings to its own story, unable to acknowledge what is plausible in the story of the other side, peace will remain a distant hope.” Repeatedly rehearsing and nursing their hurts reflect the history and hysteria of their individual and collective traumas. Though it is difficult to erase the memories aggrieved by the oppressors against the oppressed, we can seek solace in turning onto the many highways toward peace. All roads lead home. All roads lead to God.

The task is no longer a question of ‘who is right’ but to focus on building a path that will be best served for all. Let’s start fresh and anew. The timing is opportune. We need stability in the Region. If peace is possible there, it is possible everywhere.

The Biblical Abraham Is Key …

And, the Biblical Abraham is key: ‘father of a multitude of nations’, in full submission and faithful to the one God with humility to whom God has entrusted the Promised Land, meant to be ‘Zion’, a heaven on earth for the people to be a light among nations. The tradition of Abraham is to honour, respect and dignify the other, in short: Revere the Stranger.