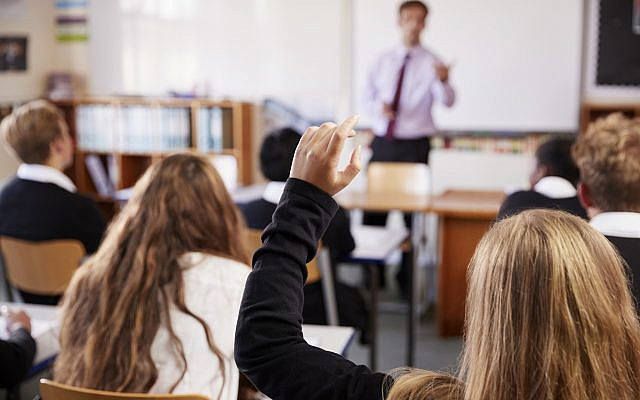 One of the best parts of being a rabbi is spending time with our students.

They are intelligent, and insightful, and they ask great questions. Occasionally, a parent will contact the office for an appointment with me to have their child come in to discuss some aspect of the tradition that their child is struggling with.

The most common issues that our pre-teens question are about: belief in God, the miracles in the Bible, and that many of its laws seem outdated. This is not only true for them, but also for many of us of all ages – myself included.

One of my favorite stories about this was when a first grader came into my office, his mother sitting next to him. With a little prodding, he maturely explained his doubts about God and the Torah.

We got into a fairly serious discussion about the Torah’s understanding of the Divine and its conception of the world given the times from which it emanated. I hope he came away with some new perspectives about the Torah’s world, but I know that I learned a lot from this interaction.

I like to call this idea about the historical context of the Torah: the Biblical Background.

We often read the Torah through the lens of modern sensibilities – which is logical. But to appreciate the Hebrew Bible, placing the text in its time is much more beneficial. 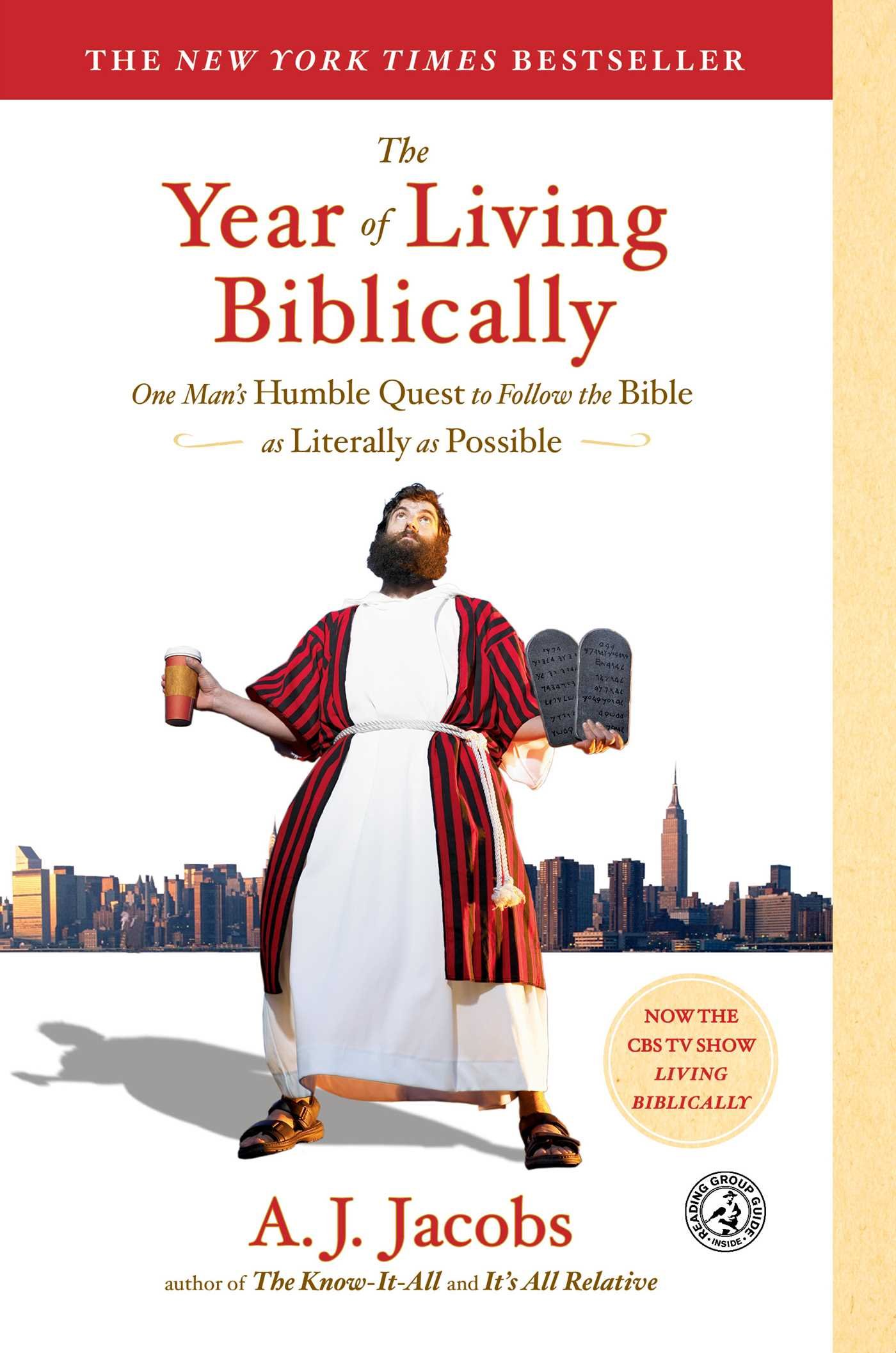 Jacobs, A.J. The Year of Living Biblically: One Man’s Humble Quest to Follow the Bible as Literally as Possible. Simon & Schuster, 2008.

I loved the book: The Year of Living Biblically – not as a serious work, but as a humorous take on the Bible. A. J. Jacobs pursues a “Humble Quest to Follow the Bible as Literally as Possible.” But we don’t live by the Bible literally – as it was written.

We are not strict constitutionalists. Nor should we be. The Torah understood this, stating that our sacred text should not be frozen in time. The Torah is “lo rehokah hi – it is not far from you… lo bashamayim hi – it is not in the heavens…ki karov elekhah – it is very close to you.” (Dt. 30:11-14)

Our sages derive their authority from this verse to interpret the text, updating it for new times and understandings. The Torah states this in last week’s reading: the religious leaders of every generation should drash – interpret and re-interpret the laws for the circumstances in which they find themselves. In addition, for us to truly appreciate them, we have to explore the Torah’s world.

There are many laws in Parashat Ki Teitzei, the most of any reading. 74 laws of the total of the 613 in the entire Torah.

Many of them seem to be problematic to our modern sensibilities. For example, the harshness of how the stubborn and rebellious son is treated.

Today, we would ask him, “why did you break your brother’s lego death star?” From there, we could brainstorm strategies for handling his emotions – probably a better strategy than stoning him to death! Here, the Torah changes the common practice where the youngster was not given a warning or a second chance. And later in Jewish history, the rabbis eliminated this harsh law.

And there are many more examples of this in the reading. I was fascinated by the case of slavery.

One of the central ideas of the Torah is the freeing of the slaves – our redemption. In fact, God breaks into the narrative of history in response to the suffering of the Hebrew slaves. Given all that, surely the Torah should outlaw slavery entirely.

But the Torah does not do this.

First, knowledge of what ancient slavery was helps our understanding. In the biblical milieu, there were many types of slaves. For example, if one could not pay off a debt or someone stole something and could not pay it back, the person became a slave to repay what was owed.

Second, slaves were freed during the Sabbatical year, every seven years.

There were other categories, including slaves after a war.

So while the Torah did not yet see an opening to eliminate the practice of slavery entirely, it did make major changes in the treatment of slaves.

My high school and Rabbinical school classmate, Rabbi Shai Held, points us to the fact that in the ancient Near East there were laws that punished fugitive slaves harshly. When a slave ran away, he could be severely punished, even killed!

Our Torah portion outlaws this – “You shall not turn over a slave to his master when seeks refuge with you from his master. He shall live with you in any place he may choose among the settlements in your midst, wherever he please; you must not ill-treat him.” (Dt. 23:16-17)

The Torah does not merely help a slave and a master reconcile – which sometimes occurred in the ancient world; it states that the entire land of Israel was to be a sanctuary for these slaves, and they could receive permanent asylum.

Biblical scholar, Rabbi Jeff Tigay, emphasizes the power offered to a former slave – he could live anywhere in the land of Israel.

So, the Torah is revolutionizing significant aspects of slavery. By changing the accepted law of that time, the Hebrew Bible makes an intentional critique of this universally accepted practice.

Thus, it’s not that helpful to read the text of the Hebrew Bible simply through a modern lens. When we explore the Biblical background, we can truly understand that its teachings are revolutionary, a radical reinterpretation for its own time.

Let us both appreciate the Torah’s leap forward in human morality and practice. Let us follow in its footsteps – ensuring that we continue to update our practices, creating the ethical world the Torah urges us to seek.

About the Author
For the past seventeen years, David Lerner has served as the spiritual leader of Temple Emunah in historic Lexington, MA, where he is now the senior rabbi. He has served as the president of the Massachusetts Board of Rabbis and the Lexington Interfaith Clergy Association. He is one of the founders of Community Hevra Kadisha of Greater Boston, ClergyAgainstBullets.org and Emunat HaLev: The Meditation and Mindfulness Institute of Temple Emunah. A graduate of Columbia College and ordained by the Jewish Theological Seminary where he was a Wexner Graduate Fellow, Rabbi Lerner brings to his community a unique blend of warmth, outreach, energetic teaching, intellectual rigor and caring for all ages.