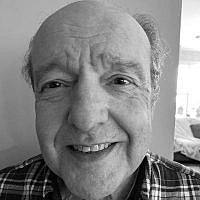 The Blogs
Joseph Novick
Apply for a Blog
Please note that the posts on The Blogs are contributed by third parties. The opinions, facts and any media content in them are presented solely by the authors, and neither The Times of Israel nor its partners assume any responsibility for them. Please contact us in case of abuse. In case of abuse,
Report this post.

For thousands of years, Jews have relied on the Torah, The Written Law, and subsequently on the Talmud, the Oral Law, as a guide to the practice of Judaism. One generation has followed another seeking to understand this voluminous literature that Rabbi Chaim of Volozhin (18th century) characterized as the blueprint of the world.

Today, we are confronted with events and issues that challenge us to draw upon these sources as a means of helping us in dealing with life’s complexities. As “a light unto the nations,” we are challenged to set an example. Prior to adopting this path, we must look to our Jewish sources in providing guidance along the way.

In this quest, there are two paths that seem to run parallel but are on the same level and just as important: Mitzvot Bayn Adam LaMakom, obligations/commandments between a person and G_d, generally of a ritual nature and Mitzvot Bayn Adam LaChavayroh, obligations/commandments between one person and another, generally of an ethical nature.

We will concentrate on the ethical way as a means of demonstrating that interrelationships bring us closer to G_d, enhance our lives, serve as the foundation, the soul, and the “glue” of the community.

To demonstrate the importance of obligations/commandments amongst people, our Talmudic sages posited that our holiest place, the Jerusalem Temple, was destroyed because of three reasons: Sinnat Chinam, unjustified hatred; no emotional connection with one’s neighbor, and strict judgements were applied and the courts did not go beyond the requirements of the law.

Chazal, our sages, depicted the Jewish people as striving for collectivism, rather that individualism; that living ethically is a requirement, an obligation a Mitzvah, a commandment; that following in this path is paramount to a thriving society. On the other hand, divisiveness and selfishness rather than unity and altruism is its downfall. A sense of community is a necessity for our country to thrive and advance to the next level….

Let’s start at the beginning: “And G_d took Adam and placed him in the Garden of Eden to cultivate and safeguard it (Beraisheet, Genesis, 2:15).” Although Adam is given dominion over nature, except for the Tree of Knowledge, he is told to protect the environment. Yes, Adam is commanded to work the land but is directed to preserve it. Further on, The Torah, the Five Books of Moses, (Devarim, Deuteronomy, 20:19) states the following: “If you besiege a city…you should not destroy its trees…. You may eat from them, but you may not cut them down….”

The Midrash, Folklore, elaborates upon wanton destruction: “When G_d made Adam, He showed him Creation and said to him: See all My works, how beautiful they are….Take care, therefore, that you do not destroy My world, for if you do, there will be no one left to mend what you have destroyed (Kohelet Rabah,7:13).”

So, we see from the Bible that not only are we to derive pleasure from the land but we are required to maintain and protect it from destruction. The Rambam. Maimonides, goes further and states the following: “This prohibition does not apply to trees only. Rather, anyone who breaks utensils, tears garments, destroys buildings, stops up a stream, or ruins food with destructive intent, transgresses the commandment, do not destroy, bal tascheet (Rambam, Mishneh Torah, Hilchot Melachim,6:10).” Sounds familiar to our day-Environmental Protection, Climate Change?

Related to the preservation of our environment is the preservation of life (Sakanat Nefashot). It is a positive commandment to build a guardrail around a roof not unlike constructing a fence around a private swimming pool. It seems that people would go onto the roof for various reasons and precautions needed to be taken. “When you build a new house, you must make a guardrail for your roof. Do not allow blood to be spilled in your house if one should fall from it (Devarim, Deutoronomy, 22:8).”

This requirement applies to a roof, and similarly, to any place that may present a danger and cause a person to stumble and die. For example, “…if people have a well or a cistern in their courtyards, they must erect a sand wall or a cover for them, so that a person will not fall and die (Maimonides, Hilchot Rotzeach,11:4).”  Similarly, it is a Mitzvah, a commandment to remove any obstacle that can pose a danger to life, and to be very careful regarding these matters, as Devarim, Deutoronomy, 4:9,15 states: “Beware for your soul…. and watch others very well.”

Moreover, our Sages were so concerned about the welfare of others that the threat of whipping was utilized to ensure a person’s safety: “Our Sages forbade many matters because they involve a threat to life. Whenever a person transgresses these guidelines, saying: “I will risk my life, what does this matter to others….I am not careful about these things,” that person should be punished by stripes because of rebelliousness(Rambam, Mishneh Torah, Hilchot Rotzeach, 11:5, Choshen Mishpat, 427:10).”

At the center of the aforementioned concerns is the concept of community. The Torah, the Jewish Bible states a universal dictum: “Love your neighbor as yourself (Vayikra, Leviticus, 19:18).”  Hillel, (110BCE-10CE) one of the most famous sages expounded upon this verse in several ways: “Do not separate yourself from the community (Pirkei Avot, Ethics of the Fathers, Chapter 2:5);” If I am not for myself, who is for me? And if I am only for myself, what am I? And if not now, when? (Pirkei Avot, Ch 1:14).”

In a famous story where a person bet that he could anger Hillel, he approached the Talmudic sage on two separate occasions with nonsensical questions until finally asking Hillel to teach him the whole Torah while standing on one foot. Hillel, very calmly, replied as follows: “What is hateful to you, do not do to your neighbor-that is the whole Torah, whereas, the rest is commentary-go and learn it (Talmud Shabbat, 31a).”

Concern for others is expounded upon in the Talmud: “…and they shall stumble one upon the other-because of iniquity-this teaches us that all are responsible for each other (Talmud Shevuot,39a).”

The Talmud (Tractate Rosh Hashanah, 17a) even goes so far as to say: ‘Go to Gehenem (Hell) for eternity because you abandoned the ways of the community.” Can you imagine the clergy telling someone to go to hell for a moral or ethical action?

Our Rabbis taught: “People should not remove stones from private property onto public grounds (Talmud Bava Kama,50b).” Think of people throwing out garbage, bottles, and other debris onto the streets and sidewalks.

In demonstrating a more subtle sign of empathy, the Talmud states the following: “…a space must be left above so that people should not be able to peek into their neighbor’s house and below so that they should not stand on tiptoes to look in and opposite so that light should be averted from your neighbor’s rooms (Tractate Bava Batra, 22b).”

“…every Jew is obliged…to make such contributions in money and service as are demanded by the community ( S.R. Hirsch, p103).” He continues: “The Jewish community respected itself, it evoked upon its members…a sense of order and loyalty, a feeling for justice and the common welfare”.

Community is the heart of America and stands in the forefront of politics. How we view the democratic and republican platforms speaks to us as a people in light of the Jewish Biblical perspective. Hopefully, we can develop some insights into finding our way to understanding contemporary issues, making the proper decisions and helping us find the road to enhancing our democracy.

About the Author
Rabbi Dr. Joseph Novick received his Ordination from Yeshiva University and Doctorate in Educational Psychology from Rutgers University. He was a faculty member of the Jerusalem Academy of Judaic Studies and the Melton Institute. Rabbi Novick was a founding member of Bridges to Understanding, an Inter ethnic Coalition, and The Jewish Identity Project at Rutgers University. Dr. Novick taught Holocaust Studies and Psychology at Kean University. He served as pulpit Rabbi, school psychologist, and Director, Jewish Community Relations Council
Related Topics
Related Posts
Comments