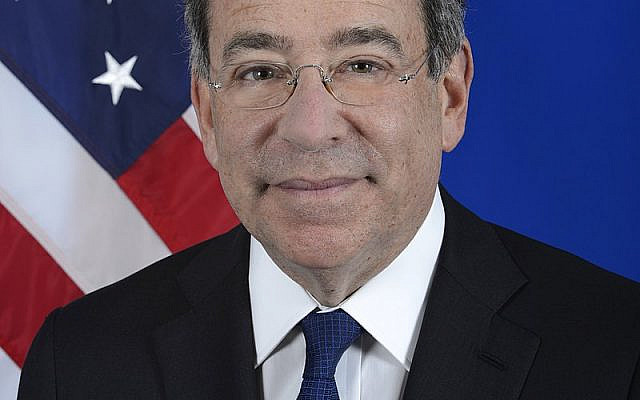 Palestinians and settlers love to demonize each other and anyone that takes the side of their opponent. In the terms of this dysfunctional Israeli-Palestinian conflict, demonizing those who oppose your side seems to make your arguments more justified. President Biden and his new ambassador to Israel, Tom Nides, are making it very difficult for both sides by avoiding missteps that would allow either side to vilify them.

Arab Palestinians and Jewish settlers both share the same space, and that gives them a unique perspective on life that many around the world try to understand, but rarely grasp. Both Palestinians and settlers aren’t monolithic, they have diverse opinions.

There are certain positions most of both camps maintain. According to almost all recent polls, both Palestinians and settlers maintain they each have the sole rights to govern the West Bank/Judea and Samaria. The majority of both communities reject the two-state solution to end the Israeli-Palestinian conflict. Lastly, both settlers and Palestinians believe they are in their legal rights, their opposition is violating international laws, and America and other nations should support their specific position.

Contrary to many pundits’ narrative, America has never had a consistent position on the status of Judea and Samaria/West Bank. President Carter maintained that Jewish governed towns (settlements) were illegal according to international law. President Reagan reversed his position, and President Obama never took a position on the legal standing of the settlements, preferring to discourage their expansion because they were an impediment to peace. President Trump changed America’s policy and stated settlements weren’t inconsistent with international law.

The Biden administration position to the Israeli-Palestinian conflict is a moderate approach to both sides. President Biden and Ambassador Nides have identified as Zionists, they’ve stayed quiet on American’s position on the legality of the settlements, and they’ve consistently supported Israel’s right to defend herself and criticized Palestinian rocket fire and terror attacks. At the same time, it has stood up for a Palestinian state in the West Bank, criticized Israeli settlement expansion, shown it wants to restore aid to needy Palestinians, and reinstate the American facility on Agron St. in Jerusalem as a Consulate to serve Palestinians.

The Biden administration’s moderate approach was recently summed up in an interview American Ambassador to Israel Tom Nides gave to Israeli reporters, “I take upon myself exactly what I’ve asked other people to do — try not to do things that agitate and inflame the situation.” This approach presents a problem for Palestinians and settlers looking to demonize the Americans like settlers did to President Obama and Palestinians did to President Trump.

If President Biden and Ambassador Nides stick to avoiding agitating and inflaming the situation, they won’t be able to be used by either side as a crutch to boost their own narrative. I give credit to President Biden and Ambassador Nides for their creativity and breaking new ground with a new approach. This administration’s approach could create a no-drama atmosphere that allows America to return to the mediator’s chair between Israel and the Palestinians.