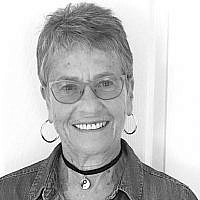 The Blogs
Ester Kurz
Apply for a Blog
Advertisement
Please note that the posts on The Blogs are contributed by third parties. The opinions, facts and any media content in them are presented solely by the authors, and neither The Times of Israel nor its partners assume any responsibility for them. Please contact us in case of abuse. In case of abuse,
Report this post. 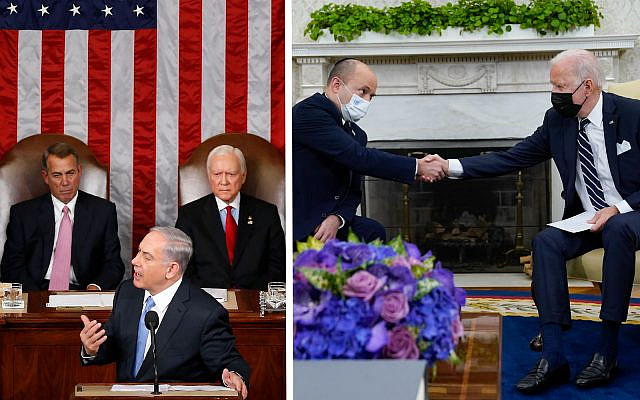 With President Biden scheduled to make his first presidential visit to Israel next month, it is useful to look back on the dramatic changes that Biden and Prime Minister Bennett have brought to the US-Israel relationship over the past year and what it portends for Biden’s upcoming visit. The two leaders have begun to restore to the relationship what had been missing for many years – true bipartisanship. Missteps by both Obama and Netanyahu, particularly but not solely over the Iran deal, made broad bipartisan support for Israel-related issues in Congress increasingly difficult. Those feelings carried over into the Trump administration which – much like Netanyahu – had little interest in easing the tensions.

Under the Biden presidency, while there has been no lack of very difficult issues and disagreements between the United States and Israel, including the US desire to go back into the Iran deal and to improve relations with the Palestinians, they have largely been kept out of the public eye. Instead, there has been an unprecedented number of visits and meetings between US and Israeli officials at every level where these issues have been successfully worked out in private.

Much has been written about the decades of foreign policy experience and expertise Biden brought with him to the presidency. Nowhere is that more evident than in his views of Israel and the Middle East. He knows Israel well and especially understands, in his kishkes, something the president he previously worked under never did – that Israel is a close US ally and that disagreements, no matter how tough, are best and most effectively handled in private. It is a critical model for how to conduct those relations, particularly for a Democratic president, given the political pressures coming from the Left. It will not stop the handful of critics on both the left and the right, but it goes a long way to further marginalizing them.

Similarly, Prime Minister Bennett, while lacking the depth of that experience, also understands the need to work quietly and effectively with Israel’s most important partner, the United States, and has done so throughout his one-year tenure as prime minister. That, unfortunately, was not the view of his predecessor who did immeasurable harm to the bipartisan US-Israel relationship by publicly confronting President Obama in the manner he did over the Iran deal. As someone who worked in the trenches with Congress throughout that period, I witnessed the damaging impact Netanyahu’s speech before Congress had — and continues to have – long after it was given among some of Israel’s closest congressional friends.

Given where Biden and Bennett are coming from, there is an opportunity to make real advances in bilateral, multilateral and regional issues between the two countries at a very key moment for Israel. Those would include: developing coordinated strategies on how to stop Iran’s nuclear program given the unlikelihood of reaching a deal; advancing the Abraham accords and creating a regional security structure to confront Iran; halting Iranian advances in the region; making substantial on-the-ground improvements in the lives of Palestinians, while finding ways to tackle growing Palestinian terrorism; and advancing important bilateral initiatives like the Visa Waiver program.

Nevertheless, despite both leaders’ desire to make this a successful visit, the unfortunate history of presidential visits to Israel is that those with a different agenda will do what they can to scuttle it. An announcement by some bureaucrat or planning committee about a settlement project that was approved months earlier – as was done during then-Vice President Biden’s visit in 2010 – could well undo any good that may come out of the visit. It is incumbent on the Bennett administration to ensure that does not happen once again. And, of course, there is the question of who will actually be Israel’s prime minister when Biden comes in July? Given the critical importance of Israel’s relations with the United States and the centrality of bipartisanship to sustaining that relationship, whoever is prime minister would be wise to continue and strengthen the successful model that Biden and Bennett have created.

About the Author
Ester Kurz is the former Director of Legislative Strategy and Policy at the American Israel Public Affairs Committee. 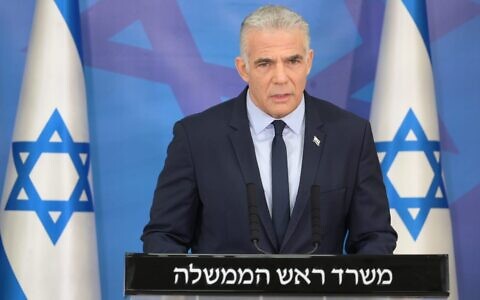 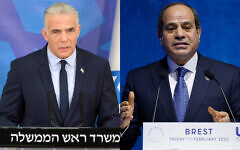 Lapid speaks with Egypt’s Sissi, thanks him for negotiating Gaza ceasefire
TOI staff