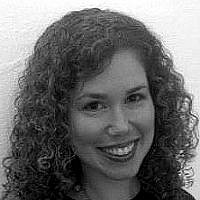 The Blogs
Samantha Hulkower
Apply for a Blog
Advertisement
Please note that the posts on The Blogs are contributed by third parties. The opinions, facts and any media content in them are presented solely by the authors, and neither The Times of Israel nor its partners assume any responsibility for them. Please contact us in case of abuse. In case of abuse,
Report this post.

There is a major crisis looming for the Jewish people. Not only those in Israel, but in America, and by extension the rest of the world. If we don’t do something about it soon, who knows what might happen.

I mean the plight of Ashkenazi Jews suffering for a week without any kitnyot over Pesach.

Hear me out. You might think I’m exaggerating, but if my Facebook newsfeed is at all newsworthy, then this might be the biggest plight our people have faced since Trader Joe’s chocolate chips became OU-D.

The idea that we Jews of European descent have to go an entire week only eating fruits, vegetables, nuts, chicken, meat, fish, cheese, milk & other dairy products is so horrifying, it’s turning otherwise lapsed Jews into Talmud-reading rabbis desperate for any sort of leniency to allow themselves some tofu. Ok, no one is actually fighting for the right to eat tofu, but you get my point.

Where are our leaders during these difficult times? Up in the potato-white ivory towers, gorging themselves on steak, freshly made salads, sweet, seasonal fruits and charoset flavored Ben & Jerry’s (before the steak, of course). They are callous and indifferent to the plight of the lowly Jew, who just wants permission to eat rice. Not that that he normally eats rice so often – but he likes the freedom to be able to do so.

And isn’t that what this holiday is about – Freedom? Freedom from oppression and being brought to the Promised Land of milk and hummus?

I mean, it’s not like these people don’t have aisles of otherwise kosher for Passover food that mimics the food they can eat all year – airy cakes and moist cookies, pancakes, pizza, even ‘bread’. Won’t anyone have compassion on these people? Haven’t they suffered enough in this long exile? I suppose all we can do is hope – l’shana haba b’yerushalayim habnuya vegam soya.

About the Author
When not making the internet a better place, Shayna can be found offering Curls of Wisdom, cycling around Jerusalem, halfheartedly trying to become a twitter sensation, working on her Hebrew and fighting off the stereotype of being a hipster simply because she owns a record player.
Related Topics
Related Posts
Comments