I switched to a Modern Orthodox yeshivah for junior high school. (That’s middle school for those of the younger generation!) Beyond finding my way into a new social dynamic and different classes, I was introduced to Jewish practices that were unknown to me. 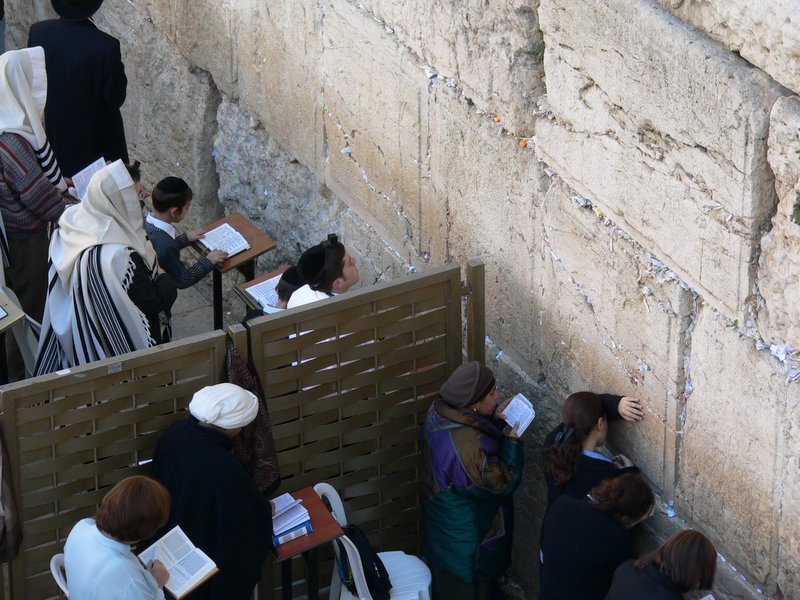 Obviously, the mehitzah – the divider between boys and girls during prayer was a big one. Having grown up in egalitarian communities, I was surprised that the girls had no opportunities to lead services.

But the biggest shock happened a few days into the year when I went into the restroom. On the way out, a boy asked me if I needed the words to the “Asher Yatzar brakhah.”

I had no idea what he was talking about.

He looked at me like I was from another planet.

I looked at him the same way.

A small smile came over my lips. He was joking, pulling my leg, having fun. Can you imagine a bathroom brakhah?

“Very funny,” I finally replied, understanding that this was some yeshivah humor.

But there was no smile on his face as he turned his head. He pointed to a large poster on the wall containing Hebrew and English text with graphics picturing a bathroom. I stopped and read it, realizing I had made a faux pas. I was still surprised, not sure what to make of this. At home, I asked my mother, who had not heard of it either.

As a teenager, I struggled to wrap my mind around this concept. Over time, I grew to appreciate it. It is a simple blessing to acknowledge that human beings are truly incredible creatures. We are so intricate in design, containing complexity that we barely understand, but are also incredibly fragile.

As the blessing states, “if just one part opens or closes, we would not be able to function. In the Talmud, there is a debate between two rabbis about the conclusion of the blessing; a rabbi named Rav suggesting, “Who heals the sick” and the other, Rav Sheishet proposing, “Who acts wondrously.” 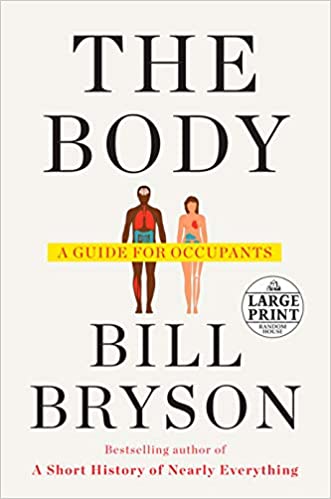 These are the two sides that I thought about as I read a fascinating book: The Body: A Guide for Occupants by Bill Bryson. He alternates between his amazement at the wonder that we are and the sobering realization that so many things can go wrong, requiring healing and help – sometimes through the body itself and sometimes through medical or surgical interventions, most of which have developed in the last century.

As in many Jewish debates, both sides are deemed correct and the ending we have contains both ideas “Who heals all flesh and acts wondrously.” While some Jews recite this after each time they use the restroom, others say it once in the morning to cover the day. I fall into the latter group.

Reading The Body, I encountered a new way of experiencing God and/or deep spirituality.  I think all or many of us experience the Divine whether or not we believe in God. Atheists or agnostics might call this a spiritual encounter, a heightened experience of awareness that does not feel like an ordinary moment.

For me, those moments can happen in nature, as in witnessing a beautiful sunset, or alone in meditation or prayer, getting in touch with the deepest parts of ourselves. Or, perhaps they occur in community, as in singing with eyes closed, being swept away by the experience of the group. Or, it can happen in a deep moment of connection with another person – when one truly feels that they are reaching someone on a different plane.

But through this book, I experienced what Rabbi Abraham Joshua Heschel called “radical amazement” simply reading about the body. Frankly, I was blown away by the details of our physical selves, no less incredible than the vastness of the universe – perhaps more so.

As Bryson writes: “The most astounding thing about us – that we are just a collection of inert components, the same stuff you would find in a pile of dirt. […] The only thing special about the elements that make you is that they make you. That is the miracle of life.”

But, it’s not only how wondrous our bodies are, it is how we are all so alike and yet different. This notion is picked up in Genesis, the Torah reading parashah we just read in synagogue. In chapter one, the universe is created, the process building until human beings are created on the sixth day. The rabbis claimed that this was just before Shabbat. We just squeezed in under the wire!

But what’s so striking about this is that unlike anything else created, human beings, the Torah states, are created B’tzelem Elohim – in the image of God.

In the image of God, what does that mean?

It means that we are endowed with a unique awareness of our own existence. That we have free will according to Maimonides. And that we are all fundamentally equal, yet different.

As Bryson explains, “the paradox of genetics is that we are all very different and yet genetically practically identical. All humans share 99.9 percent of their DNA, and yet no two humans are alike. My DNA and your DNA will differ in three to four million places, which is a small proportion of the total but enough to make a lot of difference between us. You also have within you about a hundred personal mutations – stretches of genetic instructions that don’t quite match any of the genes given to you by either of your parents but are yours alone.

“How all this works in detail is still largely a mystery to us.”

There is no person exactly like another. This idea gets picked up in the Mishnah which declares in Massekhet Sanhedrin that “humans may stamp many coins with one seal and they are all like one another, but […] the Holy Blessed One has stamped every human being with the seal of the first human being, yet not one of them is like another. Therefore, everyone must say, ‘For my sake was the world created.’” (4:5)

This is one of the greatest teachings in the tradition. We are all equal, no one is better than anyone else. But we are also totally unique and therefore of infinite value. 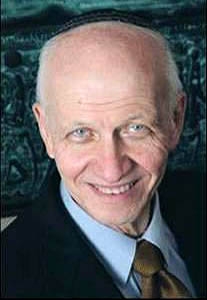 According to Rabbi Yitz Greenberg, this is the point of B’tzelem Elohim. To be created in God’s image is to be a singularity, irreplaceable.

Rabbi Greenberg explains that B’tzelem Elohim means that we have infinite value, which is why the tradition teaches that if you save one life, you save a world. While some try, we cannot put a price tag on a human being. That is why when we see a homeless person, we should realize that society is not treating this person as if she or he or they were created in the image of God. But if we do take care of everyone, then we are living up to the value of B’tzelem Elohim – the image of God.

A second idea is equality. No matter what background, racial, gender identity, sexual orientation, nationality, religion, etc., no one is better than anyone else. This is another area where our society fails since we do not treat everyone the same way. For example, the poor are judged differently than the rich; they do not even receive the same representation.

The third idea is uniqueness – as Bryson realizes, every person is their own unique world.

Being created in God’s image, B’tzelem Elohim, leads to action. We strive to approach everyone in the same manner, realizing the uniqueness of each individual.

Then we see each person as the wondrous creature that they are, which leads us to all sorts of ethical behaviors, challenging us to treat everyone with love and kindness.

As we weave these ideas together, we learn core Jewish teachings. And they are a piece with the Asher Yatzar blessing which also helps us realize the wonder of our bodies, which all humans possess. We are of infinite value, wondrously unique, deserving of equal treatment.

Over the years, I have come to realize how insightful that blessing is. Our bodies are fragile and when they break we cannot function. They are also wondrous as the blessing concludes reminding us of the understanding that we are created in the image of the Divine.

Invoking the ancient Asher Yatzar blessing, we should appreciate our bodies a little more, while better understanding the value of all people.