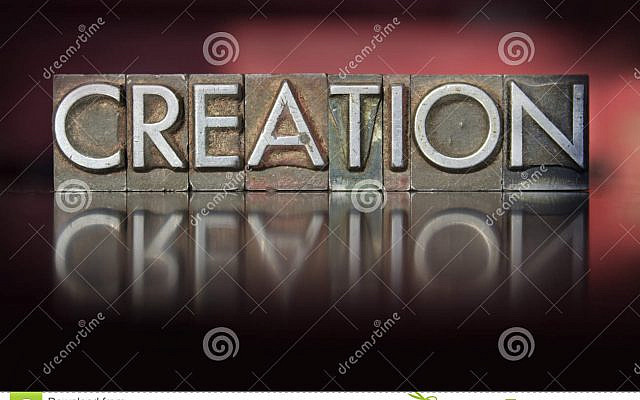 Deuteronomy, the Greek nomenclature for Devarim, second law, emphasizes the book as a retelling of the spiritual message of the entire preceding four books. Whether or not you believe it was ‘rediscovered’ by Josiah, the teenage king, during the renovation of the temple. According to legend, the text was found by the priest Hilkiah, who handed it off to his scribe Shaphan, who in turn brought it to the king. I mention this chain because the name Shaphan means hyrax, a mouse-like rodent. One might say of the text handed to Josiah that a little mouse brought it to him, perhaps related to the little bird that whispers secrets in the ears of those who would listen. Jewish lore tells us that Josiah then consulted with the prophetess Hulda, one of the few named female prophets in the Hebrew Bible. Her name means weasel or mole, a curious rodent theme. The word for mouse, עכבר pronounced achbar, is a somewhat humorous appellation for the ancient creature meaning “Great One.” Derived from the verb כבר also meaning “to sift or braid” similar to the other Hebrew word for to become great, גדל gadol which also means “to twist or plait” as a means of producing strength. Perhaps their greatness lies in their ubiquity, destructive power and persistence. They were the object of myomancy, divination in the ancient world based on the vocalization or behavior of rats or mice, a practice referenced derisively in Isaiah 66:17. Perhaps one of the many practices that Josiah was trying to eradicate. An ancient Egyptian manuscript depicts a figure with the head of a rat wearing a judge’s accoutrements in the company of a soul going to the underworld. Rodentine prophecy abounds. But what is it we’re here after?

Josiah’s banishment of Baal worship and exhumation of its priests, as well as the mention of Josiah’s name, were all prophesied 300 years earlier in 1Kings 13:1-3. Because of that prophecy Josiah did not dig up the grave of the unnamed prophet of Bethel who had made the prophecy. And, by the way, that sparing of the grave was also part of the prophecy. Pretty weird, reality or editing? One and the the same, maybe. The word Devarim means both “words” and “things.” In Jewish tradition it is God’s words that are the basis of the creation of all things. A thing and its word, therefore, are existentially inseparable. This is the basis of many “practical” Kabbalistic practices, including the making of a golem as laid out in Sefer Yetzirah, “The Book of Formation.” The words of Devarim are foundational, arguably the key to Jewish survival. They are in fact couched that way, “the blessings and the curses” woven over and over again into the text. At the core of it all, the strange attractor that gives shape to the entire field that is the book of Devarim, are the words that became the opening of the most well-known prayer in the whole Jewish liturgy, the Shema,

So much in a handful of words. It is a condensate of Devarim. More precisely, there is a startling correlation between the names of the weekly Torah portions of Devarim and the key phrases from the Shema.

The names for the eleven Torah portions that comprise the book of Devarim are all echoed in the words of the Shema:

Right off the bat, Devarim‘s “Words” echoes “These words” in the Shema. Skip past Devarim‘s “And he pleaded” and “Because” for now. Then you have the section “See” as in the Shema‘s instruction “between your eyes.” Skip “Judges” and read “When you go out…When you come in…Standing…[and] He walked.” Obvious, non? Sit, lie, stand, walk or pass by the doorposts, it’s all there in the Shema. Then of course the punch line of Devarim, “Give ear,” is the Shema‘s kickoff. Except the word for listening that kicks off the Shema is a more nuanced kind of hearing, a hearing that is understanding, comprehending. The skipped sections, causality (Because), the judgment (Judges) and the blessings (These are the blessings) are the spell that the Shema casts in its second half (Deuteronomy 10:13-21). And what of Devarim‘s second portion, “And he pleaded?”

Moses is about to die and all he wants is to cross over Jordan with his people to set foot in The Promised Land. He pleaded with God, 49 times according to midrash. God told him to stop pleading because otherwise he would force God’s hand into changing not only Moses’ karma but that of the Jewish people and the entire cosmos to boot. Moses backed off, but he still saw fit to lay a guilt trip on his obstreperous people. Those people who he was instructing to heed all these words, to embody them. “Become the Torah!” you can almost hear him haranguing. Now let’s not get too carried away about crossing over the Jordan into the Promised Land as a one way trip to heaven. Not the ultimate Jewish idea. The ultimate Jewish idea is the Redemption, Geulah, the resurrection of the dead and the coming of Moshiach, AKA Messiah. That’s the ticket. Again midrash tells us that when Moses hears the call to Redemption from his perch in the highest level of the heavens he’ll jump. Yup, feet first into Redemption. Whatever that actually is. My argument, in favor of a here and now model, is that rather than some heavenly state of ethereal meditation, the Jewish idea of Redemption is absolute and total spiritual embodiment, heart, soul and might, as the Shema tells us. Love. Might is the fleshly part. At the Redemption it’s all one. That goes for communal Redemption as well as personal Redemption. Totally synchronous living, no error signal. We are here and here and here. There is no there. Hard to exactly imagine, but there’s a little hint of it in the psychology of Csikszentmihalyi’s flow state, embodied activity so enjoyable and immersive that nothing else seems to matter. Combine that with moral rectitude of whatever spiritual system you belong to and, presto change-o, Redemption.

The Shema is immersive love, love of the Creator and all Its creations. That’s why we’re instructed to wear it on our hands and between our eyes when we pray and put it as a reminder on all our doorposts. Humans are so forgetful. We need reminders everywhere. If we’re lucky, we get them. Oh the physicality of it all. Other than the Amidah, the core of the Jewish prayer service, another technology for Redemption(but that’s another discussion), the Shema is the most commonly recited prayer of the liturgy, twice a day every day. One of the few that I actually remembered from my scanty Jewish education in childhood. But the real reinforcer? Every even slightly observant Jewish family, and even many who are not so observant, teaches their children to recite the Shema just before the point of sleep. A pretty special time for any ritual, a balm against the feared separation of night, and a hypnotic reinforcement of the message, as would any recitation be, when done during the waning of consciousness before passing into the little death. No not the Elizabethan one. This is the time of transition from waking individuated consciousness into the unindividuated consciousness of the dream world from which we must return every morning. I was interested to read about a pair of Siamese twins who function quite separately during the day, each her own specific preferences and tastes, so much so that they would be grossed out when one ate something the other didn’t like, that as they faded into sleep their consciousness would also merge more thoroughly, their thoughts became of one mind. I like to think that’s what’s happening to all of us as we enter the dream time, when the world of prophecy is closer at hand.

Imagine my astonishment when as a middle-aged psychiatrist I first heard that upon awakening it was the practice at first spark of consciousness to recite Modeh Ani, I thank you (for returning my soul to me). The idea of training oneself to recite anything at all on a reliable basis at the first dawning of consciousness amazed me. My thoughts immediately ran to reincarnation. What can I say, I am a psychiatrist and therefore weird, and proud. This seemed like the ticket to insuring that the consciousness of one life not be totally lost in the transference to the next. A bold preservationist move. But what are we preserving? The lesson of the Shema, of course! That’s the occult reason so many Jewish parents, unbeknownst to the parents themselves, tack it onto their kids’ bedtime ritual. What you repeat right before sleep is much more likely to stick with you. And what is the lesson of the Shema? Well nothing less than the condensation of all Jewish thought, sifted and woven into one great theme. We are one with the One we love. And it is the last thing a Jew is supposed to recite before his dying moment. It is the ultimate message carried from one lifetime to the next, and reinforced as well by the transmission of the written word passed from one generation to the next. An indomitable love machine. And it was the little rodents Shaphan and Hulda who whispered that judgment into Josiah’s ear, to cultivate the message in as thoroughgoing a way as possible before the book’s prediction of the destruction of the civilization came to its inevitable pass. The judgment and the prophecy. And the ‘remedy’, all embedded in the book of Devarim and condensed into the tiny time capsule of the Shema. Words, to be recreated by.

About the Author
Michael Diamond is a writer based in the Washington, DC area. He practices psychiatry there and is a doctor of medical qigong. He has published verse, fiction and translation in Andrei Codrescu’s journal, The Exquisite Corpse; in the journal Shirim courtesy of Dryad Press; in the online journal for Akashic Press; in New Mexico Review, The Deronda Review, The Atherton Review and in The Journal of the American Medical Association. He lives in the suburbs with his wife, an artist and illuminator of Hebrew manuscripts, their dog, two cats, a cockatiel named Peaches and a tank of hyperactive fish. He has had a strong interest in Torah since first exposed to traditional stories as a child. Over the course of his life he has run the gamut of spiritual exploration of many world traditions of meditation and mythology. For the last several decades he has landed squarely in the traditional Jewish world. His writing is informed by all of this experience, by his curiosity about today's world and by his desire to mine the Jewish experience for its hidden and revealed wisdom. Torah Obscura, a glimpse of an otherwise invisible world afforded by a small aperture for light. All materials herein copyright © 2018 Michael S. Diamond. All rights reserved.
Related Topics
Related Posts
Comments