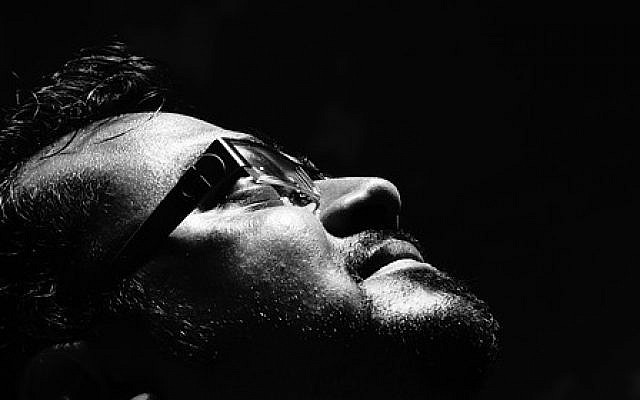 When I met my Dutch atheistic friend, who I discussed previously (The Blessing of the Religious Atheist in Haarlem), in the city of Haarlem several times after I had met him in the synagogue, he became very outspoken. It was clear that his observations were expressed with great sincerity and with an ongoing respect for (Orthodox) Judaism.

He said that there were matters in Judaism that he did not like, such as the laws of the mamzer (the “illegitimate child” born of certain prohibited sexual relations) and the aguna (the “chained” woman who is unable to divorce), and yet, he could not understand how difficulties such as these could be reasons for many Jews to reject Judaism altogether.[1]

He maintained that “one does not throw the baby out with the bathwater.” He hoped that one day the rabbis would have the same courage their predecessors had in order to solve these kinds of problems as they had in the past. His point was also that the reason he had such difficulties with some of these laws was born from the ethical values which Judaism itself had taught him. Would Judaism not have existed, these disturbing laws would not have bothered him so much! They would simply be ancient laws to be abolished. However, the high ethical Jewish standards made these laws unfaithful to Judaism—how, then, could they comprise the selfsame religion?[2]

I again asked him how he could praise God in his prayers while not believing in Him. He responded that he believed that “belief in God” was a phenomenal Jewish “invention” that actually proved the brilliance of Judaism. He believed in the power of “believing in God,” which, when utilized properly, is an enormous blessing. He did not need more; he could see Heaven with the help of Judaism even without a real existing God. As I wrote (The Blessing of the Religious Atheist in Haarlem), it elevated him from the conventional and the mediocre and introduced him to another world. He again told me that he did not understand how there were so many Jews who had become secular and who were not able to see the greatness of Judaism—even without God. This, he said, was particularly important after the Holocaust when people, quite understandably, could not believe in God anymore. However, he claimed, why not believe in the power and blessings of Judaism and in the value of living accordingly—even without God?

To him, this loss of faith was a tragedy of the first order.

I told him that the famous Mordecai Menahem Kaplan (1881-1983), the founder of “Reconstructionist Judaism” in the USA, and others, had made a similar observation; they, too, did not believe in a “traditional” God. My friend said that he had read Kaplan’s and others’ books, but these were too scientific and academic. Judaism was not a “civilization” as Kaplan had maintained, but a living organism, and Kaplan had forgotten that Judaism is an inspirational religious movement which should inspire Jews and all of humankind (whether his reading of Kaplan was correct is another question).

(There is a well-known joke that people told when Kaplan published his prayer book: The first page of the prayer book stated: “To Whom It May Concern”!)

While I do not agree with my friend’s notion that Judaism can survive without the concept of a living God—a concept that is more than “a belief in the value of belief in a God,” I believe, as I mentioned before, that his observations were very illuminating, and they often helped me to hold onto Judaism even when I struggled with God’s existence. Even today, when I experience moments of tension (often after a tragedy or when thinking of the Holocaust) and I wonder whether I am actually speaking to Somebody Who actually hears me, I continue to pray— the prayers themselves are so moving and express such deep religiosity that I am able to survive my religious crisis.

In fact, even when I fully believe in God, I often tell myself that God does not need my prayers. I need the prayers in order to praise Him and become aware that I am totally dependent on Him! (This is aside from the fact that prayer is a good way to realize that I am not God!) In any event, it is clear to me that even when I have my doubts, my prayers are to be sincere, carefully spoken and with as much kavana (“intent” and concentration) I am able to achieve. Rushing through the prayers is nearly meaningless. After all, primarily, they must inspire me and convince me that God exists and that I need to praise Him. God does not need my praises. (Who am I to praise Him?)

Perhaps he was asking these people: “Would you come to synagogue if you did not believe in God? If so, what motivates you to come to shul? Is it only to keep the synagogue services going? Why is this important to you? Or have you looked into your soul and realized that it is worthwhile in order to become amazed and elevated even if you do not believe in God? After all, shul (synagogue) services should cause a transformation in your personality and create great pride in you in being Jewish! You may even be “religious” or “traditional”—how does prayer move you? How deeply does it touch you? What are you doing in shul if you are not moved by the beauty of the prayers?”

Later on, he told me that he asks convinced atheists: “You are atheists? So am I! But, why are you not reciting kiddush (the “sanctification” prayer that opens the evening and morning meals on Sabbath) etc. when even without God all these rituals can touch you deeply, grant you a broader notion of a higher meaning of life, and enrich your lives and those of your family?”

These are uncomfortable questions that most people avoid; they are questions all shul participants should ask themselves. I have posed these questions many times to frequent shul attendants, especially when I was not religious. Most were quite astonished and said that such questions had never come to mind: “If you do not believe in God—you do not go to shul and surely you do not recite kiddush! What is the point?”

However, my friend had showed me another dimension to these questions for which I am most grateful.

[1] A mamzer, the child born from certain prohibited sexual relationships, among them, a married woman who has an extramarital affair, is highly limited in his options for marriage. This is a most painful consequence that the child is forced to suffer (see Deuteronomy 23:3). Why punish the child for the transgression of his parents?
An aguna is woman who is “chained” to her husband as she has not been granted a get—Bill of Divorce; hence, she cannot remarry. She may become an aguna should her husband be unwilling to issue or incapable of issuing her a get.

[2] I deal with these issues at depth in the seventh chapter of my book Jewish Law as Rebellion, A Plea for Religious Authenticity and Halachic Courage, Urim Publications, Jerusalem-New York, 2018 (The book is soon to be published in Hebrew).